Recent
Regenerative agriculture: Are brands doing enough?
Aug 16, 2022
Overcoming food supply chain challenges in 2022 and beyond [Interview]
Aug 11, 2022
What’s the secret to successful scale-up and corporate collaboration?
Aug 11, 2022
‘For a long time, women have been innovators in food. We just lost our footing as this new industry took hold’ - Jennifer Stojkovic [interview]
Aug 10, 2022
Leveraging the power of upcycled ingredients
Aug 09, 2022
Anti-inflammatory foods: What are polyphenols and how do they support healthy ageing?
Aug 04, 2022
Going beyond the logo for sector-wide sustainability
Aug 02, 2022
Ultraviolet light in food processing: A guide for manufacturers
Jul 28, 2022 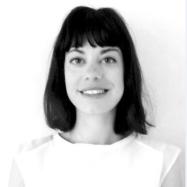 Using oleaginous yeast to replicate the texture of dairy fat
Jun 07, 2022
Swiss startup Cultivated Biosciences is using biomass fermentation to grow a yeast-derived fat that has the creaminess and mouthfeel of dairy fat.

Leveraging ‘molecular clean tech’ for natural flavours
May 25, 2022
Chilean startup, Frankles, is developing natural flavours for the drinks industry based on an algorithm-powered platform and natural solvents for precision ingredient development.

Using koji to create plant-based products for people and pets
May 16, 2022
Koji, a filamentous fungus traditionally used in Japanese cuisine, is attracting growing interest among product developers for its potential in plant-based food, pet food and its ability to upcycle by-products.

How to innovate for the health-conscious consumer [Interview]
Apr 28, 2022
What does the holistic health trend mean for product developers in traditionally indulgent categories, such as bakery, snacks and confectionery? We asked Aurore de Monclin, managing partner at the Healthy Marketing Team.

FoodHack aims to put Switzerland on the foodtech startup map
Apr 26, 2022
Despite high costs, Switzerland has many of the right ingredients to become a foodtech hub, says startup platform FoodHack, which is working to promote the country’s innovation ecosystem.

‘I tell people who are asking for career advice: go into a startup! It's like a practical MBA.’ - Giulia Braghieri
Apr 19, 2022
Chilean startup NotCo started out with plant-based mayo but has since expanded its range to include milk, ice cream and burgers, attracting high-profile investors such as Jeff Bezos and becoming a unicorn in the...

War in Ukraine forces brands to reformulate: ‘There may be no other option’
Mar 25, 2022
The rising cost of wheat, sunflower oil and other commodities due to the war in Ukraine is forcing many manufacturers to reformulate – but finding functional equivalents is challenging, says one R&D expert.