World Hunger Day: What can the food industry do to tackle hunger? 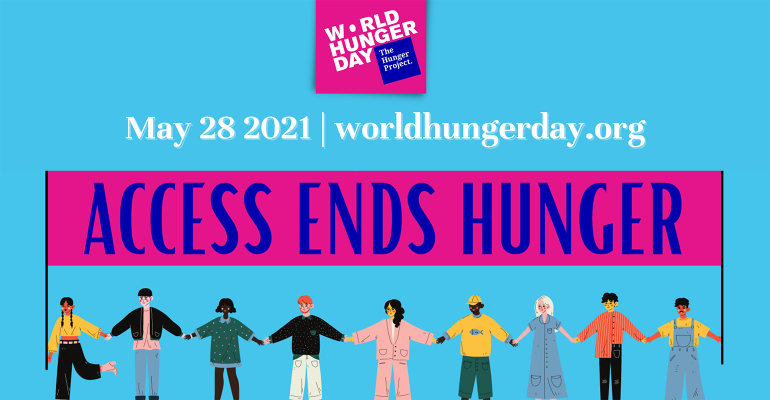 Food companies are increasingly aware of their ethical credentials, at a time when world hunger is on the rise after years of decline. What is the F&B industry doing to help eradicate global poverty and hunger – and what more could it do?

Manda Lakhami, trustee of The Hunger Project UK, said that for years, multinational food companies have been able to get away with exploitation in their supply chains, often in regions deeply affected by poverty and hunger. But recently, that has begun to change.

“There has been a global understanding of climate change and hunger and all the UN goals, especially among youngsters who are embracing quite radically the issues we are facing,” she said. “There are many, many companies that are now saying they are doing everything ethically and paying the farmers the right amount to get food on the table, for instance.”

Indeed, with growing consumer awareness, many food businesses have seen that doing the right thing pays off. According to The Ethisphere Institute, ethical companies are likely to be more profitable than their less principled peers, with the stock price of the most ethical publicly traded companies 6.4% higher than the S&P 500 average. It suggests that this is because consumers prefer to buy from more philanthropic and ethical firms.

A call to action

On May 28 each year, The Hunger Project organises World Hunger Day to help raise awareness of the hundreds of millions of people who do not have enough to eat. This year, the theme is Access Ends Hunger. It is not just a statement of fact – of course, access to food, education and health care is linked with less poverty and hunger – but also a call to those that control access to provide these essential resources to the world’s most vulnerable.

“That phrase, ‘lack of access’, is tossed around a lot,” according to Rowlands Kaotcha, Global Vice President and Africa Regional Director at The Hunger Project. “But ‘lack of access’ belies what’s actually happening. It frees anyone from taking responsibility – because no one can own ‘lack of’. The phrase gives the impression that there is an underlying natural cause to this disparity. But there is no natural cause. Wealthy countries are making a choice to deny access to those living in poverty. It is time we take a closer look at the words ‘lack of’ and start calling this injustice what it is: denying access to those most at risk.” 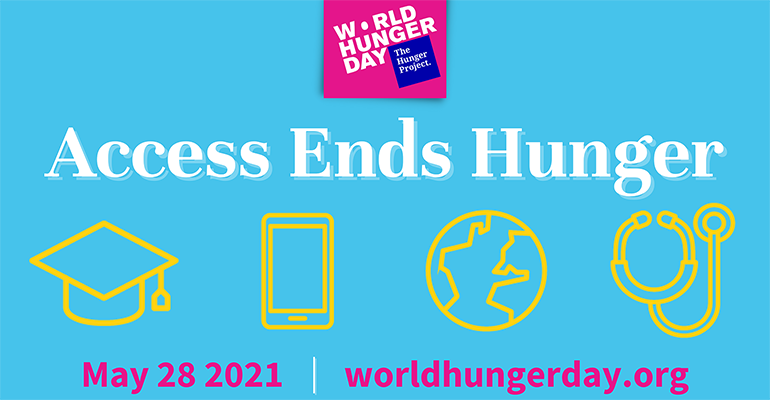 What can industry do?

When it comes to multinational food companies, several of the biggest players have set up initiatives to help redress the balance. Kellogg’s, for instance, donates to food banks through The Global FoodBanking Network and Feeding America, PepsiCo has partnered with the UN’s World Food Programme and has invested in a chickpea-based food product to help combat malnutrition in Ethiopia, and Nestlé works with the UN’s FAO to help prevent food loss and waste along the supply chain, among other actions.

However, Lakhami says the food industry as a whole could do much more.

“There’s huge potential for big conglomerates to be working more actively and alongside organisations like The Hunger Project,” she said. “Crisis aid is critical in many areas in the world, but there’s also this underlying need to improve farming and agriculture technologies. We have so much research that’s going on in the west that could help.”

She invites food companies to work with The Hunger Project, perhaps selecting one or two countries and exploring the most effective strategies to reduce hunger and poverty in specific communities.

The organisation’s approach leverages the knowledge and expertise of local people, rather than using a one-size-fits-all solution, and Lakhami says it has produced measurable results in thousands of working areas around the world. She cites its Unleashed Women initiative in particular, which provides women with training to better understand what their voices can achieve.

“In Rajasthan, for example, if you can empower women, that in itself can turn upside down the whole wealth of that region,” she said. “They request the available grants from the government, and with that realising electricity, health care, building and working projects and food rations for their villages… We are really making an impact on the ground at grassroots level, especially during Covid.”

The Hunger Project is the Charity Partner of Fi Global.

Click here to learn more about World Hunger Day on May 28, to donate, or to find out about other ways to make a contribution.