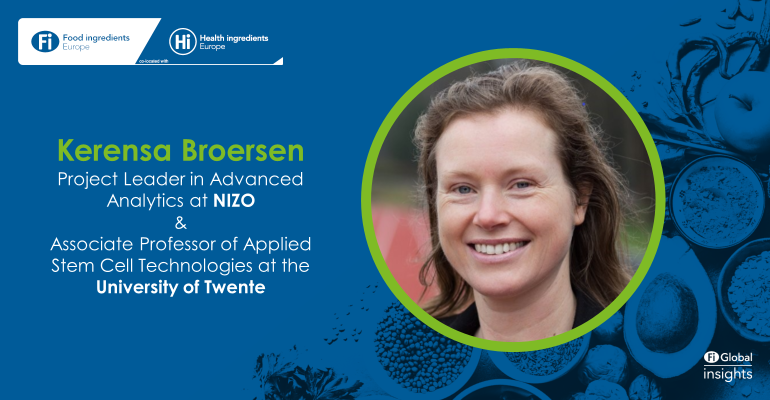 Biomass fermentation is creating novel protein sources that brands can use in their products. But there is still a lot to discover about these proteins, from how processing affects their nutritiousness to their impact on the gut microbiome.

Biomass fermentation is allowing companies to produce protein from a host of novel sources, many of which are quite unusual, such as Nature’s Fynd’s volcanic fungus, NOA Bioscience’s fungal protein that feeds on wood biomass, or NovoNutrients’ protein from carbon emissions, to name but a few.

While these ingredients create exciting opportunities for food manufacturers to create new products, much work remains to be done before we understand them as well as well-established protein sources, such as soy, from a sensory, nutritional, and processing perspective.

Nevertheless, some current industry knowledge is applicable, according to Kerensa Broersen, project leader in advanced analytics at NIZO and associate professor of applied stem cell technologies at the University of Twente.

Broersen will be speaking at Fi Europe in December, discussing approaches to address these challenges involving a combination of innovative processing technologies and assays to screen digestive, immune, and microbiome responses. We caught up with her to find out more.

From a sensory perspective, how appetising are biomass-derived proteins for consumers?

“My guess is that sensory properties of such fermented biomass-derived sources can be as variable as ingredients from more conventional sources. At NIZO we have been doing and are currently doing a large research effort into understanding flavour profiles of plant products.

“We now have a sizable consortium project involving both industrial and academic partners, exploring the use of fermentation to convert off-notes [in pea and oats] into more favourable sensory properties. We found that this approach works strikingly well as we start to understand better the genes responsible for encoding the enzymes that can convert off-flavours.

“All the knowledge that we, and others, have acquired to understand flavour-profiling of plant-based proteins and the progressive discovery of fruitful solutions possibly translate very well to biomass-derived proteins.

“Moreover, even though we generally consider biomass-derived protein a less conventional and unusual novel source of proteins, yeast and bacteria have been an active component of a very wide range of fermented food products for decades. And in such instances, biomass fermentation has actually been considered to provide highly beneficial and acceptable sensory properties to food products.”

Do biomass proteins require a lot of processing to make them ‘useable’ ingredients for food manufacturers and palatable products for consumers?

“Various aspects will determine how easy it will be to make a biomass-derived protein ‘useable’. One of the first challenges will be to release contents from the organisms, which can be bacterial, algae, fungi, or yeast. Depending on the organism, cell wall disruption may require more or less processing. While some sources of microbial biomass readily release their contents upon gentle cell wall disruption, a wealth of activities is currently being undertaken to facilitate nutrient release, which is challenged by rigid cellulose-enriched cell walls of for example algae.

“Physical and chemical treatments are being developed to aid permeabilization of cell walls, including ultrasound, pulsed electric fields and ohmic heating approaches. These approaches reportedly are highly successful although impact of, for example, ultrasound or chemical disruption on the functionality of the obtained proteins is still debated and depends on conditions used and the stability of the proteins at hand.”

Do we know how this processing may affect their nutritiousness?

“The health aspects of microbial biomass are significantly underexplored compared to plant and animal-derived ingredients. To understand better the effect of processing on the nutritional value of biomass-derived proteins it is important to first consider the various nutritional compounds present in these sources.

“Of specific health interest is the fibre content of microbial biomass. For example, chitin and β-glucans are abundant in fungal biomass and such fibres from other sources have been recognized for their indigestibility and impact on intestinal immunity. β-Glucans reportedly induce host immune defence by activating the complement system and by enhancing natural killer cell and macrophage function.

“Consequences of processing include (partial) denaturation, aggregation, or association with components other than proteins – think about the Maillard reaction – and all these consequences may lead to changes in functional and/or nutritional characteristics of the protein at hand.

“For example, proteins isolated from spirulina, a blue-green algae, were shown to start their denaturation from a temperature of around 70 degrees Celsius upwards which is more or less similar to that of beta-lactoglobulin, one of the major dairy proteins. Spirulina protein has also been reported to form gels upon heating, indicative of progressive aggregation.

“In general, it is known that aggregation affects digestibility and immunological profile. Details of these implications has been little studied but is currently subject of investigation at NIZO as they importantly define nutritional value of biomass-based ingredients.”

As a food technologist, which of these novel proteins do you find most exciting and as having the greatest potential to become mainstream?

“The question is, which of the wealth of protein sources available ticks all the boxes when it comes to the general wish list: it should be easy to obtain in large quantities; not contribute to greenhouse gas emission; be sensorily appealing; highly functional in forming gels, foams or emulsions; cheap, and be of high nutritional value.