While consumers want food products with proven health benefits, scepticism over claims, as well as confusion over regulations, can make communicating these health benefits extremely complicated. Rodney Jones, professor of sociolinguistics at the University of Reading in the UK, identifies some key challenges, and discusses how manufacturers can reach their target audiences.

As a linguist, professor Jones has dedicated his career to better understanding how language is used in real life situations. A current focal point of his work is on European health claims. He is currently principal investigator of an EIT Food-funded project that is looking into developing a digital toolkit to enhance scientific health claim communication.

“Regulations that are designed to promote health can sometimes go wrong, and sometimes have unintended consequences,” Jones explains. “The European health claims regulation for example aims to ensure that there are no unsubstantiated claims; that all claims are scientifically based; and that consumers can make educated decisions. But while the regulation might be effective in preventing unsubstantiated claims, it also stops many companies from making valid claims.”

Jones believes that there are a number of reasons for this. Firstly, the European Food Safety Authority (EFSA), which is responsible for approving claims based on scientific dossiers, tends to approve scientifically-written claims that are difficult for consumers to understand. An inability to understand often leads to mistrust.

Secondly, while manufacturers are sometimes allowed to amend certain words for linguistic and cultural purposes, there are no guidelines for this. And whenever manfacturers make a change, they risk being challenged and fined by their national authority, leading to reputational damage.

“Another point is that enforcement is not at the EU level, but at the national level,” notes Jones. “Some national authorities respond to complaints, while others are more proactive. There might be one law, but it is enforced very differently.”

As a linguist, Jones recognises that translations can be highly subjective. This can create an uneven playing field.

“The word ‘normal’, as in ‘… contributes to normal bone growth’, is not well understood by consumers,” he says. “Manufacturers would prefer the word ‘healthy’. But while some countries won’t allow ‘healthy’ and will insist on ‘normal’, others will translate this word as ‘healthy’.”

The end result of all this complexity is that many manufacturers just don’t bother with health claims.

The goal of Jones’ project is to better understand what makes some health claims easier to understand, as well as more attractive to consumers. To achieve this, an online platform has been created, where consumers can engage in activities and games around the wording of health claims. The data collected will help to build up a picture of the kind of communication that works.

“For example, we can already see that changing a few words without changing the meaning can make a huge difference,” he says. “Take the common phrase ‘…contributes to the maintenance of’. All you need to do is change this phrase to ‘… helps maintain’. This grammatical change is easier for people to understand and process.”

Another interesting finding is the use of asterisks.

“Don’t use asterisks!” says Jones.  “Sometimes manufacturers will make a general claim on the front of the packet and put the required authorised health claim on the back, linking the two with an asterisk. We found that this massively backfires, because consumers see the asterisk and think the company is making a disclaimer.”’

The project will eventually make all this information available to consumers, manufacturers, and regulators. This will give manufacturers the data they need to argue their case for simpler and clearer phrasing. A key hope is that regulators will use the project results to develop clearer guidelines.

Ultimately, Jones hopes that findings will lead to a more productive conversation between manufacturers, consumers and regulators. Manufacturers, he says, need to see that the issues surrounding health claims are not just problems for their company, but rather a challenge facing the entire industry.

“Our data might not help to solve their particular problem,” says Jones. “Rather, our data needs to feed into this larger conversation.”

This project was funded by EIT Food. EIT Food is supported by the European Institute of Innovation and Technology (EIT), a body of the European Union. 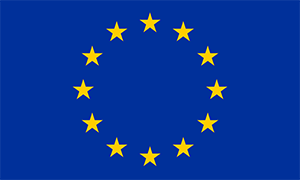