Drinking outside the box: A look at beverages with botanical benefits 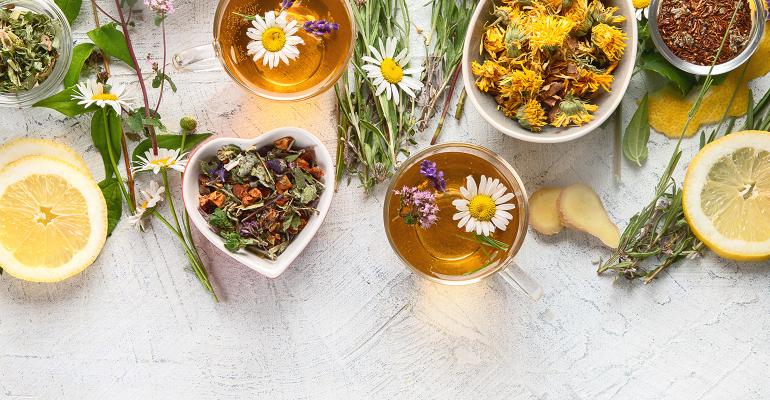 From fibre-filled fizzy soda to coffee blended with nootropic mushrooms, beverage brands are using botanical ingredients for both taste and health benefits.

An increased in interest in botanical ingredients in the wake of COVID-19 is one of the top 10 trends impacting the food and beverage market in 2021, according to Innova Market Insights. In one survey, it found that over half (54%) of global consumers said they have spent time educating themselves on ingredients and procedures that can boost their immune health due to COVID-19.

When asked which elements were the most important to boosting immunity, eating healthily – specifically ‘choosing foods naturally high in nutrients such as vitamins, minerals, antioxidants’ – was ranked as the third most important after getting enough sleep and being physically active.

Consumer demand for no- and low alcohol beer and ready-to-drink (RTD) products is also increasing, with the total volume forecast to grow by 31% by 2024, according to a market study by IWSR Drinks Market Analysis. This is further driving consumers to seek out alternatives and those with functional ingredients can offer tangible benefits to stand out from the crowd, such as low alcohol beer with added CBD to relax and stimulate.

As well as bestowing a health halo or mood-enhancing effect, botanical ingredients can tap into the growing popularity for ‘adult’ flavoured drinks that have more complex, sophisticated flavour profiles – including bitter, acidic or floral notes – rather than simply sweet and fruity. Kombucha, for instance, is a non-alcoholic tea fermented using a symbiotic culture of bacteria and yeast (SCOBY) that promotes digestive wellness and has a sharp, sour taste.

Many brands that have embraced botanicals are seeing the benefits in their sales.

US functional soft drink brand Olipop has seen its sales grow by 900% this year. Its drinks are available in six ‘nostalgic’ soda flavours including vintage cola, ginger beer and cherry vanilla but, unlike conventional sodas that tend to contain around 39 g of sugar and no fibre, one can of Olipop provides 9 g of dietary fibre and between 2 and 5 g of sugar.

Positioning a soda drink around its fibre content may seem unusual but, according to the company’s co-founders, Ben Goodwin and David Lester, its products sit at the intersection of three key macro trends: the decline of the $80 billion soda category; consumer desire for functional beverages; and the popularity of healthy lifestyles and the associated desire for ‘no compromise’ products.

Fibre-rich products that promote digestive wellness are particularly in demand – and with good reason, they say.

“On average, Americans get less than one-third of the FDA daily recommended amount of fibre and less than 10% of what our hunter-gatherer ancestors consumed. Increasing fibre, prebiotics, and nutritional diversity is a great way to improve digestive and microbiome health. We formulated Olipop to make it easier for people to reach adequate daily fibre intake to be more like our hunter-gatherer ancestors and make positive steps to supporting digestive health by crafting a soda that is easy to enjoy and share.”

Olipop uses ingredients that are both well-known and backed by a strong history of scientific research – inulin from chicory root, for instance, has been the subject of over 150 human studies for its different physiological benefits, it says – to lesser-known ones, such as slippery elm, a tree native to North America whose bark mucilage is a complex polysaccharide and high in antioxidants.

The company uses a blend of powdered soluble fibres from several plants, including chicory root, Jerusalem artichoke, and cassava fibre, and adds other prebiotics and botanical extracts said to be beneficial for digestive health, including kudzu root, marshmallow root, Nopal cactus, and calendula flower. 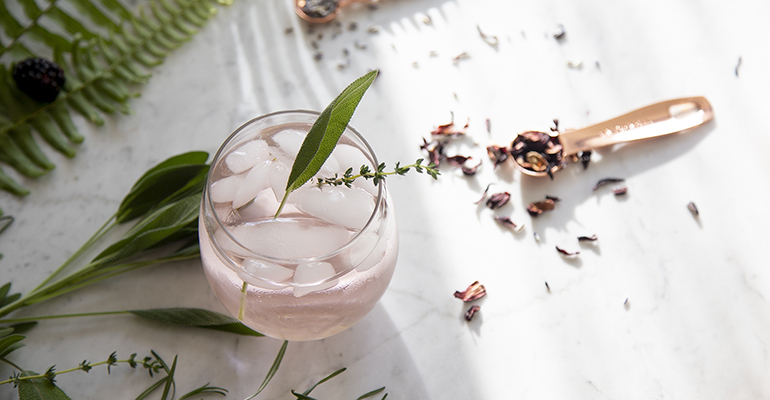 While fibre, prebiotics and probiotics are sought-after nutrients for digestive health, nootropics are gaining traction for their purported benefits to cognitive health and mental well-being.

Nootropics are substances that are said to improve cognitive function or mental performance in healthy people. Nootropics can be found naturally in some traditional drinks, such as caffeine in coffee or L-theanine in green tea, but manufacturers are increasingly adding nootropics ingredients to their products to ensure better bioavailability and increased functionality, positioning the finished product around improved memory, focus and creativity.

Four Sigmatic is a Finnish-US brand that adds the medicinal mushrooms reishi, lion’s mane and cordyceps (as well as other botanicals such as ashwagandha) to ground coffee in order to counteract ‘jitteriness’ produced by the caffeine spike of coffee and to give consumers more sustained focus after the effects of caffeine wear off.

Big beverage players are taking note of demand for products with functional botanicals. Coca-Cola-owned VitaminWater has launched Gutsy, a zero-sugar drink, available in botanical flavours such as blueberry & hibiscus and blueberry & lavender, that contains 5 g of prebiotic fibre from soluble corn fibre while PepsiCo has a functional sparkling water under its Soulboost brand that contains the nootropics L-theanine and panax ginseng.

As research into the importance of the gut-brain axis grows, some brands are blending botanicals for both digestive and cognitive wellness. Founded by a molecular biologist with a medical doctor on its R&D team, Danish start-up Clutch Cognition positions itself as a ‘plant-based brain drink’ and its formulation includes a patent-pending sage extract for cognitive health as well as soluble fibre from guar beans for gut health.

Mintel: Drinks are ‘the obvious conduit’ for functional ingredients

According to Jonny Forsyth, associate director of food and drink at Mintel, drinks are the obvious conduit for functional ingredients such as nootropics as they can be digested more quickly than food.

Nevertheless, brands using emerging botanicals face the challenge of consumer mistrust. In Germany, two out of five consumers don’t believe that functional food and drinks will deliver on their results, according to Mintel research.

Forsyth recommends using science-backed ingredients and educating consumers about how and why the ingredients have a beneficial health effect. Nootropic mushroom coffee brand Four Sigmatic, meanwhile, seeks to gain trust by promising consumers a 100% money-back guarantee if they fail to feel the effect.

“Confronted with new digital developments and remote working, consumers find themselves in a more cognitively demanding world, which in return will boost this functional area in food and drink. But producers should combine new, lesser-known nootropic ingredients with the more familiar caffeine so consumers feel both reassured and a discernible effect after drinking.”