How can manufacturers harness the potential of polyphenols? 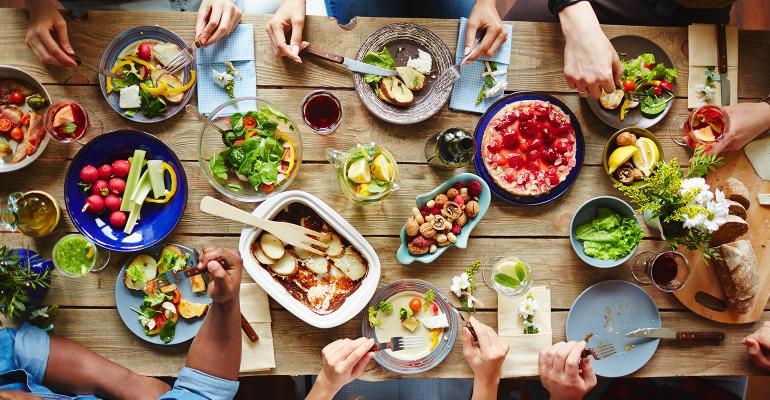 Plant-based polyphenols improve gut health and could lead to a lower risk of obesity – independently of the fibre content, according to recent research. Could manufacturers use these powerful nutrients to make processed food healthier?

Found in high quantities in foods such as fruit and vegetables, berries, nuts, tea, coffee, cocoa, olive oil, soy and red wine, polyphenols are micronutrients with health benefits for chronic diseases, such as cardiovascular diseases (CVD).

Previous research has also linked a higher polyphenol intake with improved gut bacteria diversity and a reduced risk of obesity. However, until recently it was not clear whether this was due to the polyphenols themselves or the fibre content of the food.

A study by UK researchers published in Nutrients, has found that a higher polyphenol intake is associated with higher gut microbiota diversity and a 20% lower chance of obesity, even after accounting for fibre content.

The researchers analysed gut bacteria in stool samples and data from food frequency questionnaires for 1,810 female participants from the TwinsUK research project and 64 men, and found that effect particularly significant for stilbenes, such as resveratrol, and flavonoids.

The study is observational in nature – it has not determined a causal nature between polyphenol intake and gut microbiome composition – but the researchers say it has potentially important implications for public health.

“Our finding of a 20 to 23% lower prevalence of obesity with higher intakes of total flavonoids and stilbenes, of which up to 11% is mediated by microbial diversity, highlights the public health importance of these results. By increasing the dietary intake of polyphenols, it may be possible to prevent some of the weight gain which is constantly increasing worldwide,” they write.

“The intakes associated with these findings could be readily incorporated into the diet by encouraging a Mediterranean diet, which facilitates a higher polyphenol intake than the traditional western diet, or by including plants such as hibiscus as part of the diet.”

Plugging the fruit and vegetable gap

Despite this, the ongoing COVID-19 pandemic has further amplified consumers’ search for healthy products and functional foods that could improve their health.

In a recent webinar on the impact of the COVID-19 pandemic on the demand for health ingredients, Rick Miller, associate director of specialised nutrition at market research company Mintel, said consumers were interested in natural solutions, and if manufacturers were not already involved in botanicals, herbal extracts or other natural solutions, they were “missing a trick”.

“[…] If you are in the business of supplying vegetable powders, fruit pieces or anything people can incorporate into breads or confectionery then you’re in the right place,” he said.

Could there be an opportunity for processed food manufacturers to add flavonoids and polyphenols to products to make them healthier?

Lead author of the TwinsUK study and doctoral student at the department of genetic epidemiology at Kings College London, Olatz Mompeó-Masachs, said there could be – but more work and nutritional intervention studies are needed to ascertain whether flavonoid supplementation could be commercialised. Scientists would also need to determine whether flavonoid fortification in processed food matrices could be absorbed, she added.

Some dieticians and nutrition scientists do not see fortification as a solution.

Dr Emma Beckett, food and nutrition scientist at the University of Newcastle, Australia believes that focusing on superfoods and specific nutrients is not helpful for public health.

“Superfoods perpetuate the myth that it’s expensive to eat healthy foods, when they are really no more nutritious than standard ‘every day’ fruit and vegetables. And fixating on individual vitamins is a reductionist approach; we don’t eat nutrients, we eat food,” she told Fi Global Insights.

“Functional foods with added bioactive compounds have their place, but you can’t just concentrate the ‘good’ things from foods and expect that this will deliver the same results as eating foods high in these factors. Foods high in flavonoids have many benefits beyond those, including fibre, micronutrients and a whole array of plant phytochemicals,” she added.

Dr Carrie Ruxton, a UK-based dietitian said that while the idea of superfoods could be disputed, there is support for ‘super-diets’ that provide a range of vitamins, minerals, fatty acids and bioactive compounds – including polyphenols – for optimal health.

She would not encourage manufacturers to fortify processed food products with flavonoids, she said.

“Studies show that supplementation with individual polyphenols gives inconsistent health effects while adding naturally polyphenol-rich foods into the diet appears to be more consistent and effective,” Ruxton said. “This has been seen with hesperidin – a citrus polyphenol – whereby supplements of hesperidin were far less effective than drinking 100% orange juice.”

Polyphenol market set to double by 2024

In any case, consumer knowledge of polyphenols is, in Europe at least, relatively low.

It questioned more than 2,000 individuals and found that almost 70% of consumers believed vitamin C is important for health and 45% agreed orange juice helps support immune function. However, only one in ten was aware of the importance of polyphenols.

“The low awareness of polyphenols amongst consumers sets the industry a challenge since there is growing evidence from human trials that these have positive effects on vascular health, inflammation, cognitive function and gut health,” Ruxton said.

Despite limited consumer awareness, the sector is growing. Around 16,380 tons of polyphenols were industrially extracted in 2015 and this is predicted to more than double by 2024 to reach 33,880 tons, with an estimated monetary value of USD 1.33 billion, according to a 2018 review on the economic importance of polyphenols.

The food industry is driving this growth with functional beverages accounting for 44% of commercial polyphenol use, followed by functional foods (33%).