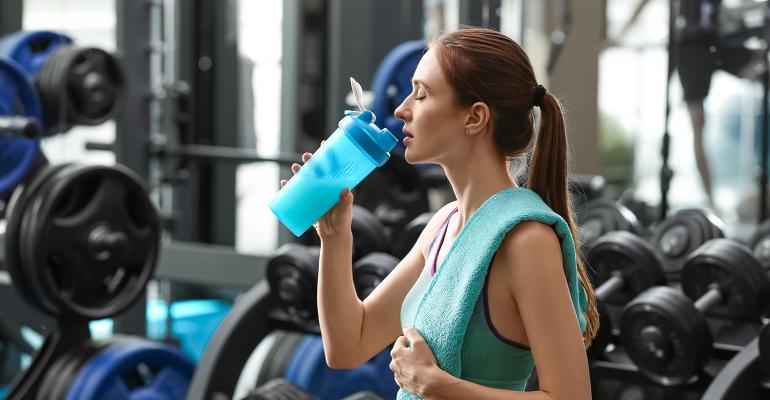 Sports nutrition is still a specialised field focused on the needs of elite athletes – but it has broadened into the mainstream, too.

Sports nutrition’s move into the mainstream has had a major impact on innovation, according to two experts scheduled to speak at the upcoming Hi Conference in Frankfurt. What does continued mainstreaming mean for the future of the sector?

Sports nutrition is still a specialised field focused on the needs of elite athletes – but it has broadened into the mainstream too, from both a regulatory point of view, and in terms of the tools available to monitor and improve performance. Jeroen Wouters and Claudia Mucciardi are both authorities in the sports nutrition field who say that as the category has expanded to include amateur sportspeople – and even those who exercise regularly – the focus of innovation in sports nutrition has begun to shift.

Wouters is Innovation Manager for Sports and Nutrition at The Netherlands’ Olympic training centre, Sportscentrum Papendal, while Mucciardi is Vice-Chair of the European Specialist Sports Nutrition Alliance (ESSNA) and is responsible for the regulatory compliance of some of the biggest brands in the sector.

When it comes to innovation in the sector, Wouters said: “We are in a very nice developing time point in this respect…Amateurs are also asking the most of their bodies, and this group is asking for more functionality from the food products they are using.”

At the Olympic training centre, menu development mirrors these mainstream demands, with attention to both functionality and good taste. Protein continues to be a major focus area, including pinpointing the most beneficial timing for its intake, while Wouters says researchers are looking at ingredients like omega 3s for their potential effect on immune response.

“The audience is also looking for different types of protein such as from vegetal sources,” he said, predicting that protein from novel sources such as microalgae may start to appear in more mainstream products."

Meanwhile, product developers are not only looking at proteins for muscle maintenance and development, but also for their digestibility and their role in the maintenance of other tissues, such as for joint health.

Wouters also highlighted the potential of emerging technologies that allow elite and amateur sportspeople alike to monitor a broad range of personal biomarkers, such as blood glucose levels around periods of intense exercise. He says this could lead to more personalised nutritional programmes and product development.

“The world of sports and nutrition is in development, personalised nutrition in particular,” he said.

From a regulatory perspective, the mainstreaming of sports nutrition has had major implications too.

Until it was repealed in 2016, sports nutrition products were regulated under PARNUTS regulation, which covers foods with particular nutritional uses, such as those intended for infants, people with digestive system disorders and foods for weight loss. Now, sports products are regulated under general food law.

Bringing sports nutrition out of the shadows

“When it came time to review PARNUTS it was a really good opportunity to take sports nutrition into the mainstream,” Mucciardi said. “Changes in consumer behaviour supported that argument.”

She said that this regulatory shift has helped improve the image of the sports nutrition sector, which had sometimes been considered “an industry in the shadows”, a niche category for bodybuilders that was plagued by concerns about doping.

However, Mucciardi says there is more work to be done to ensure legislation keeps up with innovation in sports nutrition.

“The EU has some of the best food law in the world,” she said. “But novel foods and health claim regulations can be burdensome.”

These are clearly big concerns for the sector. In a recent ESSNA/NutraIngredients survey, for example, nearly 55% of respondents in the sports nutrition sector cited health claim approvals as their biggest concern.

“With the nutrition and health claims we can’t really influence how EFSA chooses to do their review,” she said, but added that there have been improvements for novel foods, particularly for those already established outside of the EU.

According to Mucciardi, a major problem is that EU law is not consistently applied or enforced across Member States, particularly in terms of mutual recognition, but there are plans in the works to improve this principle.

“The challenge is that it is there, but people just don’t have confidence in it,” she said, adding that the EU Commission will soon take a much stronger role to make sure the mutual recognition principle functions properly – and this should help support further innovation in the sector.