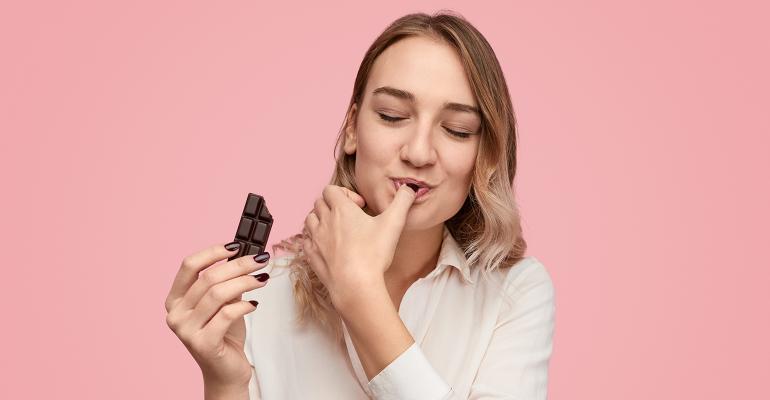 Consumers may say they want healthy foods and drinks, but sales figures reveal that indulgent products continue to outperform healthier options. How should food manufacturers respond?

The complex nature of consumer behaviour is plainly exposed when it comes to healthy eating. While sales in some healthier food and drink categories are on the rise – including plant proteins, free-from foods, and reduced sugar beverages – the top-selling products are often the least healthy.

In the UK, for instance, the Grocer’s 2019 Top Products Survey found that in value terms, chocolate was growing faster than any other category, while indulgent brands – including beers and gin, soft drinks, energy drinks and tobacco – were the fastest growing products.

No matter what they might say about their dietary habits, consumers still enjoy a treat. However, desire for healthier foods and drinks has substance too, as the same survey found meat-free and free-from categories grew the most in percentage terms, up 18% and 9% respectively, as people prioritised their own health and the health of the planet.

According to Euromonitor International, a similar scenario has played out globally. Michael Schaefer, Global Lead, Food and Beverage at Euromonitor says the way we indulge has changed considerably over the past couple of decades, and some patterns are emerging that are likely to continue into the future.

“We are seeing more and more products that are designed from the start to have less of a long-term impact, to reduce harm,” he said. “And we’re seeing much more planned consumption.”

For food and drink companies, there is a balance to be struck, particularly as they face growing pressure from policymakers – and even backlash from consumers themselves – over the nutritional content of their products, including those intended to be indulgent.

“Everyday consumption is shifting both because of consumers, but also because of governments,” Schaefer said. “That is a very significant shift indeed.”

Some manufacturers have tried to persuade consumers that they can have health and indulgence in the same product, such as chocolate confectionery with functional benefits, for instance, low-fat ice cream, or baked goods and breakfast cereals with added fibre and micronutrients. 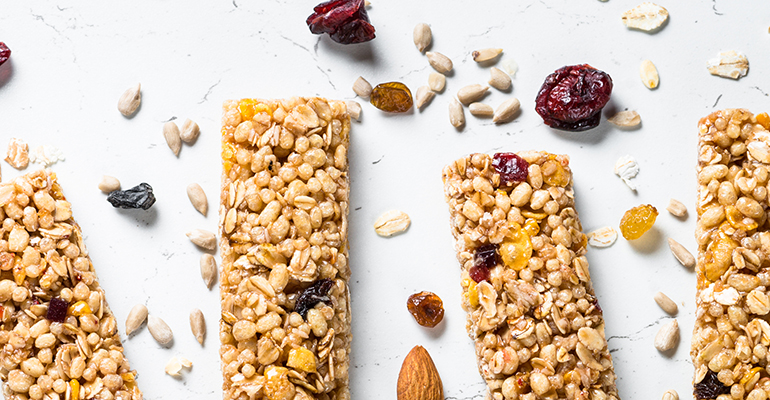 However, many of these products are high in sugar, and with consumer concern about the sugar content of their foods at an all-time high – alongside new sugar taxes in many countries around the world – the popularity of foods positioned as healthy yet indulgent has been declining. In addition, researchers have found that the healthy halo that accompanies such products means many people eat more of them at one sitting than they would if they thought the food had no health benefits.

According to a GlobalData report, a growing number of consumers would prefer a truly indulgent full-fat or full-sugar product over a similar item that claims to deliver on a healthy yet indulgent platform.

“Consumers are moving towards products that are simpler and cheaper in many cases,” Schaefer said, noting that this is something that aligns with consumer attitudes about indulgence – and health – across categories.

For example, nearly all growth in beverages across global markets comes from coffee, tea and bottled water, according to Euromonitor figures. Indulgent brand launches can still find a sizeable niche – some, like Gordon’s Pink Gin in the UK, are proof – but indulgent beverage categories as a whole are at a standstill.

One possible reason for this is increased mindfulness among younger consumers about how they present themselves to the world. Younger adults traditionally have been the most likely to try new products and flavours, especially in indulgent categories. Yet with the rise of social media, they are also much more aware that their choices are on display. On the whole, younger consumers tend to be fitness-conscious and drink less alcohol than other demographics, for instance.

“Social media is an important source of information on new products and makes for much more knowledgeable consumers, but the other thing it does is makes us much more public, and it makes our image much more permanent in lots of ways,” Schaefer said. “That’s something that younger consumers are well aware of.”

However, he says there are ways that manufacturers can appeal to consumer desire for indulgence, including thinking more about matching ingredients to particular moods and consumers’ overall values. According to Euromonitor, where ingredients come from, their naturalness and the brand’s story have gained in importance, but consumers are still treating themselves – even though they are buying indulgent treats less often on impulse and more often to enjoy as part of a planned eating occasion.

“Think more about the outcomes, the occasions you want to serve, and let the products and experiences evolve from that,” he said.