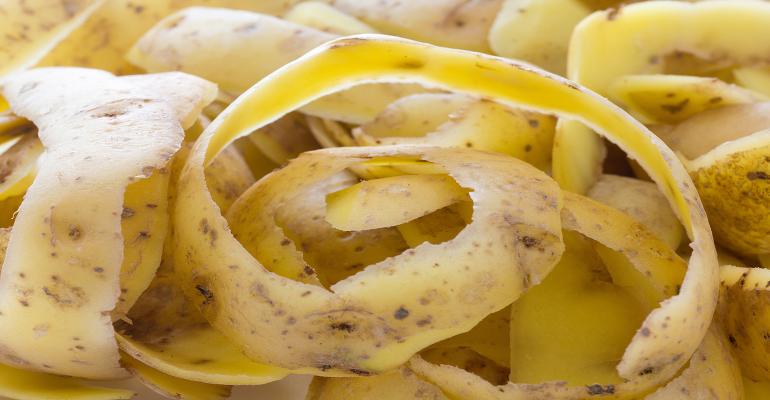 Researchers have developed a way to convert waste potato skins into valuable prebiotics that could be used in functional foods and supplements.

Prebiotics are compounds in food that help stimulate growth of beneficial microorganisms in the gastrointestinal tract. Understanding is growing that these so-called ‘good’ bacteria have many different health-related functions, and consumer interest is high. Google searches for prebiotics outstripped those for cardiovascular health over the past year and, according to research from Lumina Intelligence, terms related to gut health more generally also are gaining traction among global consumers.

In a study published in the peer-reviewed Chemical Engineering Journal, researchers at the University of Nottingham in the UK targeted prebiotics called pectin oligosaccharides produced from upcycled potato peel. Until now, extraction of potato pectin with prebiotic properties – known as ‘hairy’ pectin, reflecting its highly branched structure – has been possible only on a small scale. The newly developed process uses eco-friendly microwave technology, which allows a much higher level of extraction and avoids degradation.

The study’s corresponding author Eleanor Binner said the team had achieved a step change by developing a process that could be used to screen a wide range of different industrial co-products for their prebiotic potential.

“This will enable us to assess which materials could be used to create products with different functionalities,” she said, adding that pectin composition and hence functionality varies between different plants and for different extraction conditions. Other potential prebiotic sources include apple pomace and sugar beet pulp, both of which are also significant co-products of food processing in the UK.

The microwave extraction process is also advantageous from an environmental perspective. It uses only electrical power, meaning it can use renewable energy sources rather than fossil fuels, and it uses only water as a solvent to extract the target molecules.

As for the potato-derived pectin, yield from raw potato peel is low, at about 30-80 grams per kilogram of raw product. Binner suggested that in order to make it profitable, other products like starch and protein also would need to be isolated from the potato pulp, and/or the pectin itself would need to be used in very high-value end products, such as pharmaceuticals.

It is not the first time that researchers have explored food waste streams for their prebiotic potential, with targets including the leaves, stalks and cobs from crops like corn and wheat, as well as by-products of pineapple processing, among others. In recent years, the idea of a circular food economy has caught the attention of a growing number of food companies looking for new uses for the various side stream products that occur during processing. It is a win-win situation, with both environmental and financial benefits, effectively closing the loop on food production and food waste.

It is also an approach endorsed by the UN’s Food and Agriculture Organization (FAO). It has said that preventing waste to begin with is the best way to reduce the economic and environmental impact of food production. However, it recommends finding new uses for by-products that do end up being discarded. Examples include using coffee grounds as a growth medium for mushrooms, spent brewing grains in bread and pretzels, and tropical fruit waste in biodegradable packaging.