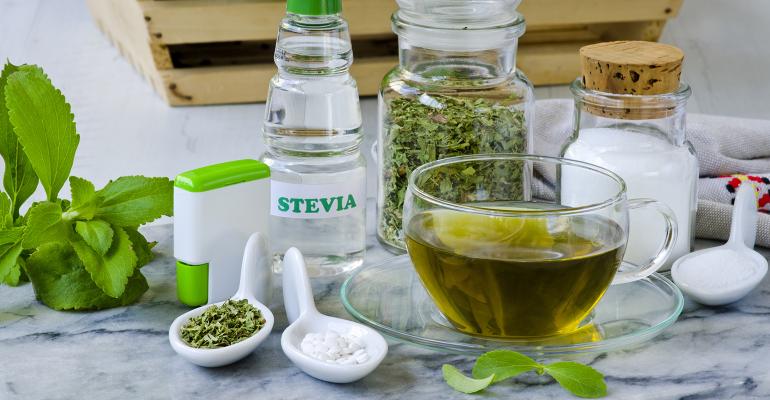 When stevia sweeteners first hit the European market about a decade ago, they still had plenty of hurdles to overcome, particularly in terms of taste and cost – but stevia has come a long way.

The success of stevia sweeteners has been astronomical, taking it from the new kid on the block to one of the most widely used zero calorie sweeteners in new products by 2017. According to Innova Market Insights, stevia was used in 27% of new products with high intensity sweeteners globally that year, outpacing the use of aspartame, which was used in 22%.

The sweet components of the stevia leaf, known as steviol glycosides, provide a range of sweetening profiles, which differ not only in sweetness intensity and taste, but also in onset, aftertaste and how long they linger. Back in 2011, when stevia sweeteners were first approved for use in Europe, most stevia-sweetened products relied on the steviol glycoside Reb A, the most abundant sweet component in the leaf. However, companies understood that other glycosides might have more favourable taste profiles, and most now offer a range of stevia-derived sweeteners based on different sweet components and combinations thereof. The downside is that this affects cost, as many of the most desirable compounds only occur at very low levels in the plant – and not all glycosides are approved in Europe, with Reb M a notable exception for the time being.

PureCircle was one of the first to explore the potential of various sweet compounds in stevia. Its plant breeding programme led to the first commercial-scale production of StarLeaf in the United States in 2018, a stevia variety with 20 times the concentration of Reb D and Reb M, which the company had identified as having a more sugar-like sweetness. The idea is to bring down the cost of production and make these better-tasting sweet components more widely accessible.

Amyris is another company exploring the potential of lower cost Reb M, but it uses fermentation to produce the sweetener rather than extracting it from plants. In May 2021, the supplier struck a deal with Ingredion to manufacture and market its fermentation-derived ingredient. 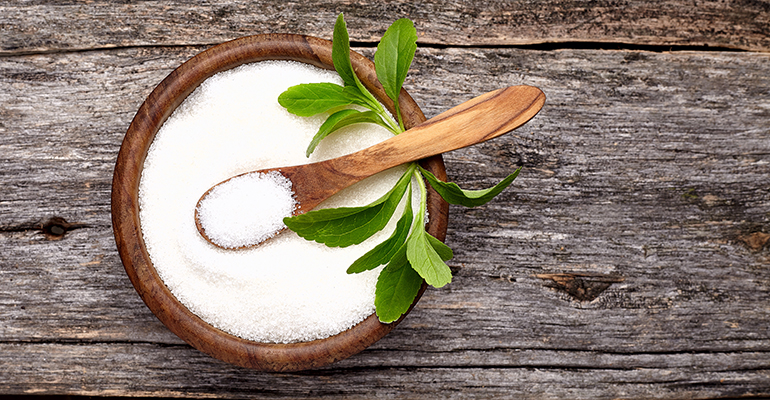 Meanwhile, Sweegen offers one of the widest ranges of stevia-derived sweeteners, including Reb B, Reb D, Reb E and Reb M, and company spokesperson Ana Arakelian says approval for its Reb M in Europe is “around the corner”. The European Food Safety Authority (EFSA) found no safety concerns for Reb M in 2019, and final approval is expected shortly.

“This will change the food and drink landscape in Europe as it will give the product developers the toolkit they need for creating better tasting, low to zero calorie products,” Arakelian said. “To that end, we have a new Europe manufacturing facility where we are ready to produce more than 3,000 metric tons of high-purity stevia per year.”

She said the company was also investing in several ‘innovation studios’, which will focus on product development with local tastes in mind in Latin America, Europe and the Middle East and in the Asia-Pacific region.

Competing with other options means focusing on price as well as taste, and although scaling up better tasting stevia sweeteners is expected to ease prices, they still tend to be more expensive than other high intensity sweeteners. That said, supplier PureCircle has pointed out that most of the more common stevia-derived sweeteners are now cheaper than sugar, and the cost is coming down even for some of the less common compounds, like Reb M.

What is more, stevia’s success in relation to other, cheaper high intensity sweeteners suggests that its naturalness is also an important consideration for many manufacturers – even as explicit natural claims on new products have been declining. And among consumers, beliefs do not always connect with actions. According to a recent survey from FMCG Gurus, for instance, about 62% of consumers said they believe “natural sweeteners are healthier than sugars”, but only 28% actively sought out products containing natural sweeteners.