Poised for takeoff: The alternative protein landscape in India 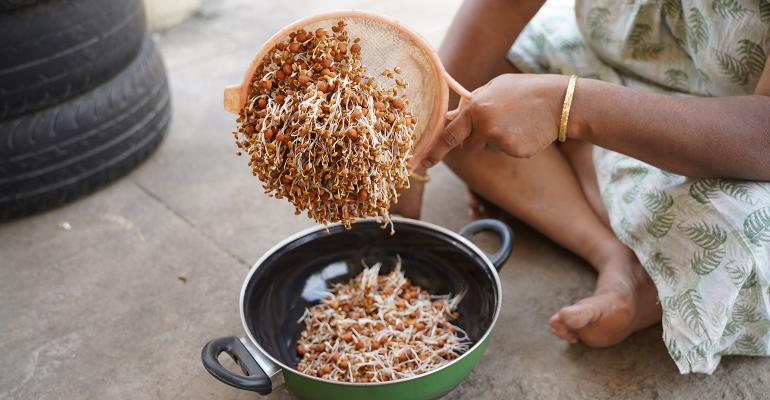 One area where innovation in technology is helping to respond to the challenges raised by increasing global food demand is the alternative protein space.

Global demand for meat is projected to rise by more than 70% by 2050, with much of this growth being driven by rising incomes in emerging markets like India and Brazil.

As part of Fi Global Connect: Regions in the Spotlight,  Varun Deshpande, Managing Director of the Good Food Institute India (GFI), shed light on the nascent Indian entrepreneurial and investment ecosystem and highlighted the business and regulatory opportunities and challenges existing in this space.

The GFI is part of a global network of non-profit organisations based in India, Singapore, Israel, Brazil, the US and the EU, focussing on building the alternative protein sector from the bottom-up. Their main aim is to provide solutions to growing global food demands, via systems which don’t continue to place strain on human and animal health.

Traditional animal agriculture is highly unsustainable and according to the UN, is one of the top three contributors to the world’s most pressing environmental problems. To produce one calorie of chicken meat, nine calories must be consumed by the animal; these ratios are much greater for beef, lamb, and pork products.

“currently 75% of agricultural land is used for raising and feeding livestock, but [the land] only provides one third of the global protein supply,” Deshpande noted.

Despite this, 2019 recorded the highest global meat consumption to date. This demand is expected to rise by 70% by 2050, driven notably by consumers in India, SE Asia, and China.

Attempting to respond to these challenges, Deshpande said,

“we don’t want to tell people to eat chickpeas not chicken, or to eat broccoli not beef, as that simply hasn’t worked before …”

“Our goal is to enable a simple switch to products that taste the same or better and cost the same or less.”

The rise of smart proteins

Plant-based products closely resemble animal-based products but are made from ingredients derived from plants such as chickpeas and soy. Due to the infancy of the plant-based industry, opportunities to optimise the production chain are rife, particularly in markets like India.

“If you take just one beef burger from the three that Americans eat per week, it is the equivalent of taking 12.2 million cars off the road and powering 2.3 million additional homes,” Deshpande said.

With the global plant-based market projected to reach between $100 - $370 billion by 2035, the hope is that emerging economies such as India will soon begin to realise their potential in this space.

Fermentation refers to the cultivation of any microbial species. This is a process which has long been used in the food industry to produce products like cheese and yoghurt.

Regarding alternative proteins, microbial fermentation can produce a variety of products, from Quorn to alcoholic beverages.

Cultivated meats are produced through cultivation and expansion of animal-derived muscle cells, producing a product which mirrors the nutritional and sensory profile of traditional meat. This sector has seen an exponential growth in the past decade, with 60 plus related companies founded.

“In 2013 Professor Mark Post in the Netherlands ate the first cultivated lamb burger live on TV and since then there’s been tremendous progress,” said Deshpande.

Despite the global pandemic, investment across all three categories has increased. 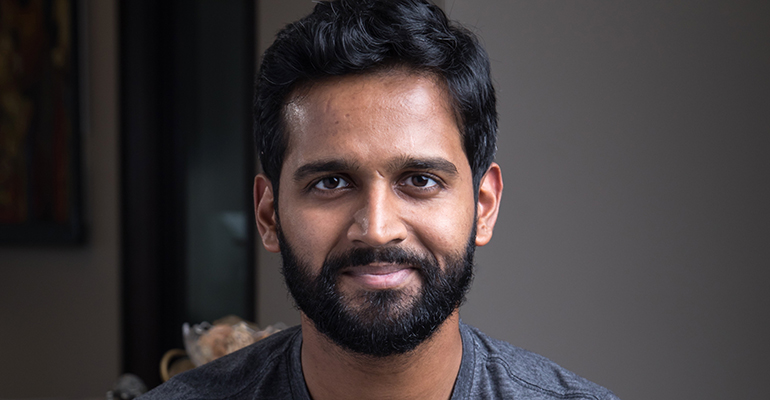 A recent GFI study found that in India, 77% of consumers are willing to try plant-based meat products, with a particularly high positive disposition in the early-adopter market. This represents a progression since 2015 when the first products appeared.

“I think what happened was people hadn’t realised that what we were talking about was innovation for the mass market, for the non-veggies, to enable them to eat in a way which is better for the planet and for health,” Deshpande said.

Meat consumption in India is generally higher with the young, affluent, educated cohort, yet research shows that 25% of this population are actively looking to reduce their animal-derived product consumption. This desire to switch to a plant-based diet may be linked to religious, moral, safety concerns.

This landscape offers many opportunities for the plant-based industry in India.

“There are a lot of companies that are leveraging [India’s] agricultural biodiversity … products like plant-based milk, eggs, meat are now made using interesting novel crops like millet, hemp, pulses,” Deshpande noted.

“If you look at the value chain there are opportunities to pioneer and experiment in different formats for the end-market. In India, [companies] need to go beyond the burger,” he added.

The distinctiveness and popularity of Indian cuisine globally and confluence of growing meat consumption in emerging economies particularly, is promising for the future trajectory of the plant-based market.

“Israel, Singapore, the Netherlands and Canada have done a great deal when it comes to government support in terms of R&D, business incentives, trade flows, bringing the best talent in, and this is what’s needed in India,” Deshpande remarked.

What are the greatest opportunities for India moving forward?

India has a high level of agricultural biodiversity and 51% of Indians are dependent on agriculture for their livelihoods.

“That’s a huge number and certainly a space that we can derive opportunity from, but also give back to in a big way,” Deshpande said.

One way of tapping into this opportunity may be to use the lucrative alternative protein end-market to encourage farmers to venture into growing different crops such as millets and pulses.

On average, the alternative protein market receives $1 billion in R&D funding per year. This is low compared to the renewable energy sector for instance, which receives around $350 billon.

“All the success you’re seeing is on shoestring budget, if we’re able to dedicate more resources to our space we will certainly be able to have an impact on human and planetary health by 2050,” Deshpande said.

“We think open access to R&D, policy incentives and building talent pools are what will help the market take off in the way that it is poised to, and really keep that momentum going,” he added.