Could rebranding seaweed as sea vegetables improve their appeal? 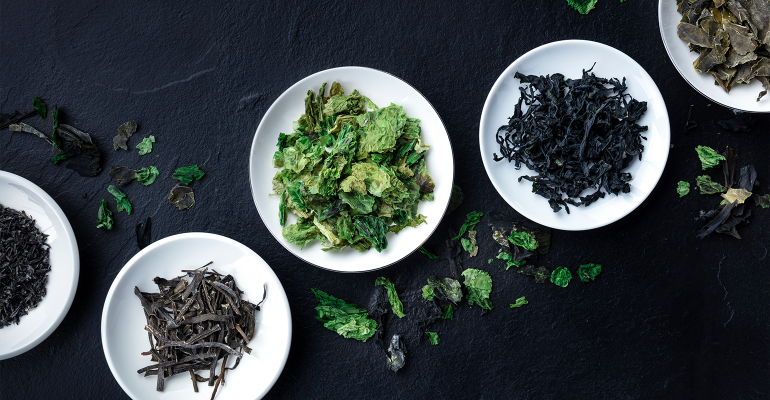 Companies are increasingly positioning edible seaweeds as sea vegetables – and some suggest it could make people more willing to try them.

Seaweed companies like Danish Seaweed and the Netherlands-based Seamore are among those using the term ‘sea vegetables’ to refer to their edible seaweeds and seaweed-derived ingredients.

“Seaweed is a terrible name for sea vegetables,” said Rhianna Rees, seaweed academy coordinator at the Scottish Association for Marine Science (SAMS). “It suggests they are unwanted or undesirable food products, when it’s quite the opposite.”

Instead, she suggests using terms like sea vegetables, sea greens or kelps, and points out their nutritional value. Indeed, these ingredients are rich in protein and antioxidants, vitamins A, B, C, and E, minerals like iron, calcium, phosphorus, and magnesium, and polyunsaturated omega-3 and omega-6 fatty acids.

“‘Seaweeds’ as a catch-all ignores the diversity of species and flavours available to us,” she added. “They are as diverse in their flavour profile and variability as vegetables are, in fact, more so, because terrestrial plants have not been around for as long. It would be the equivalent of calling broccoli and turnips ‘cabbages’; technically it’s true, but we don’t identify the species as their family.”

Another approach would be to call each variety by its name, such as dulse (a red seaweed) or ulva (a green seaweed), which differ greatly in their appearance, flavour and use.

According to Susan Løvstad Holdt, associate professor at DTU Food in Denmark, there are many reasons to increase cultivation and use of seaweed, including for its sustainability credentials, as well as its health benefits. It absorbs carbon dioxide and some of the less desirable nutrients in the marine environment, such as nitrogen and phosphorous, and requires no agricultural inputs or fresh water.

“Seaweed contains lots of interesting substances. It’s a fantastic resource, and we need more of it,” she said.

Like Rees, she sees great potential for seaweed as a more regular part of the European diet, and suggests it could eventually become as ordinary as carrots or tomatoes, especially given the rapid increase in consumption over just the past decade.

“Seaweed is the vegetable of the sea,” she said.

DTU has a partnership with seaweed supplier Danish Seaweed, which started supplying Michelin-starred restaurant Noma with fresh seaweed in 2018. Since then, its sales to Danish restaurants and canteens has increased to about 200 kilograms a month.

The rising popularity of seaweed extends to industrial food products, too. According to Mintel’s Global New Products Database, most seaweed ingredients have appeared in the snack category in recent years, but they are also starting to feature in other segments, including sauces and seasonings, bakery and soup.

Which varieties are up-and-coming and how are they used?

According to SAMS, many people already are familiar with seaweeds like nori (used for sushi) and laver or laverbread, which is from the same Porphyra family and is a protected designation origin food product in Wales. It is a puree-like product that is either served as it is, or rolled in oatmeal and fried. In addition, seaweed extracts from kelps or kombus are frequently used in dashi stock, while carrageenan is a common stabiliser.

Up-and-coming seaweeds include dule, which has an appealing smoky flavour, and various fucoids, which are available around Europe.

“It’s all a case of getting used to the taste and understanding how to cook or use the species available to you,” said Rees. “Seaweeds have a somewhat strong umami flavour profile, which means that they help to elongate the flavour profiles of other very strong tastes. For example, they go very well alongside lemon, chilli or garlic to help accentuate taste and make the dish better rounded.”

She said some larger kelps are useful for making soups, flakes and extracts, while other, lighter seaweeds are better suited for use in salads.

While sea vegetables are becoming easier to find for mainstream consumers, most commercially available varieties still have supply chain challenges.

“There are significant bottlenecks in the industry,” Rees said. “Between a deficiency in knowledge, unclear timeframes, and a lack of funding support for the industry, industries are struggling to reach the kind of scale they would need to be financially viable and sell at costs that the market currently demands.”

Still, governments around the world are beginning to invest public money to encourage native seaweed production for use in food and feed, including those of the UK, Argentina, Australia, the United States, the Netherlands and France.