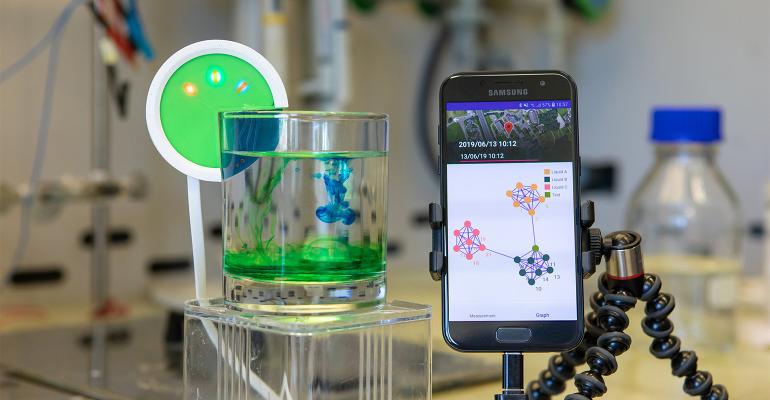 A portable artificial nose could help manufacturers track the evolution of flavour and aroma in their products over time, leading to more consistent quality in foods.

Beyond the five basic tastes – sweet, sour, salty, bitter and umami – most of what we perceive as flavour comes from retronasal olfaction, or aromas from food and drink perceived at the back of the nose. France-based Aryballe Technologies has developed a miniaturised artificial nose that uses a layer of biosensors to detect aroma volatiles, which it then translates into an image.

“If you compare it to other senses, olfaction is more difficult to measure,” said Aryballe Technologies’ CEO Tristan Rousselle. “It’s not a particular wavelength, for example.”

The human nose is very good at detecting and analysing flavours and aromas, but people are unable to reliably compare such aromas over time. So when a food manufacturer wants to ensure products have a consistent flavour, an artificial nose can provide more reliable analysis. This could be particularly helpful when reformulating products or switching ingredient suppliers, for instance, or to ensure that a January batch of tomato juice tastes the same as a batch produced in June.

The device works by comparing aroma volatiles with a database of aromas, in much the same way as people recognise smells by comparing them to those stored in the brain.

However, the customer may have their own references too. For example, a food manufacturer wanting to ensure consistent flavour and aroma might have a gold standard profile to emulate. After cooking, they could record the aroma profile and then use that as the reference for future products.

“It can be used from the farm to the kitchen, from the field to the fork,” Rousselle said.

He explained that the device could be used to track the maturation of fruits, vegetables or herbs from when they are picked, to their use in a finished food product.

“We can’t detect truffles when they are in the ground, but for fruits and vegetables when they have been picked the quality – and price – depends on their olfactory quality,” he said.

In addition, the company is working to develop an oven that switches off once food is cooked.

“There’s not an oven on the market that automatically stops, but there’s definitely demand to do this,” he said. “…We have a partnership with a small appliance company and eventually the idea is to be able to have our sensor embedded in their cooker.”

Instead of relying on a timer, the oven would use a much more reliable aroma profile. Of course this would avoid overcooked and burnt foods, but could also allow adjustments for personal taste, and give perfectly cooked foods even when using alternative ingredients. 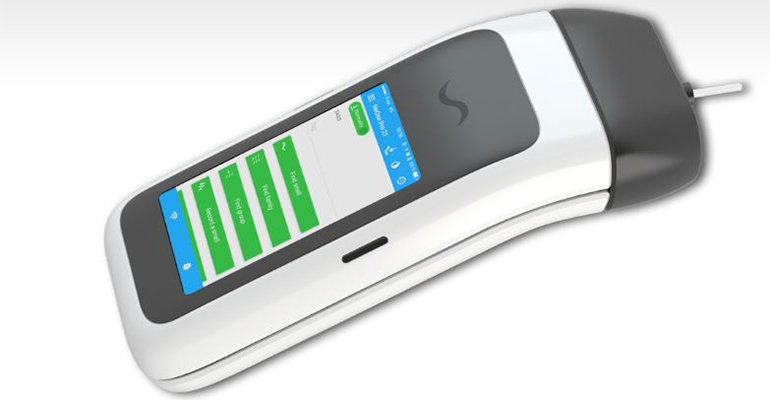 The technology for the artificial nose is based on SPR, or Surface Plasmon Resonance, which has been used for about 20 years in the biology field. However, Rousselle says Aryballe’s version is the first to adapt it to detect proteins – and fragments of proteins – in gas, rather than liquid.

What’s more, it is reusable for many months, takes less than ten seconds to record a smell, and can switch from one sample to another in under a minute. It also fits in the palm of the hand, making it much smaller than other artificial nose technology on the market.

“You can bring the device to the sample, instead of bringing the sample to the device,” said Rousselle.

He added that the company is continuing to improve the technology, providing a unique tool for quality control, whether in new product development, or to ensure consistency in existing products.