Beyond cows: Innovation on the rise in goat and sheep dairy 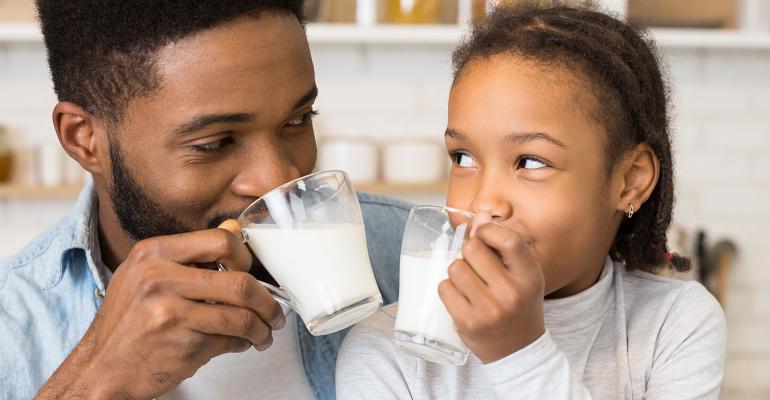 Goat and sheep dairy brands are innovating around the same issues that have led consumers to turn to plant-based milk alternatives, such as the environment, animal welfare and health, with a particular focus on gut health and the immune system.

According to Senior Innovation Analyst at Mintel, Amrin Walji, digestive health in particular has become increasingly important during the Covid-19 pandemic as a growing body of research suggests the gut microbiome plays a role in immune support. This is the case for traditional cow’s milk dairy, and some non-bovine milk producers are leveraging their existing marketing messages around digestibility and being gentle on the stomach. Sheep and goat milk producers often benefit from positive animal welfare and environmental links, too.

“Dairy drinks continue to innovate around digestive health benefits, but the Covid-19 outbreak has brought new significance to the link between digestive health and immunity,” Walji wrote in a recent Mintel report, adding that brands also are innovating around other nutrients that support overall health, such as vitamin D and protein.

“With the plant-based milk market in strong growth and expanding its consumer audience, dairy drinks can proactively focus on issues that prompt people to ditch dairy for plant alternatives,” she wrote.

In Europe, liquid goat’s milk is the most popular dairy alternative to cow’s milk, but sheep’s milk is gaining in popularity, and already is used extensively for cheese-making, for example in Greek Feta, Italian Pecorino and French Roquefort. However, ewes produce much less milk per animal than goats, so higher production costs mean its use generally is limited to higher value products.

Now, innovation in non-bovine dairy has expanded to include a wide range of products, such as yoghurts, cheeses, butter, flavoured milks, ice creams, nutritional products and infant formula – mirroring a similar expansion in plant-based products over the past few years. According to Mintel’s Global New Products Database, the number of new goat’s milk yoghurt products grew 27% in the three years to 2019, for example, while an increasing number of products made with sheep’s milk – such as ice cream and yoghurt – also are starting to appear, albeit in smaller numbers.

As in plant-based alternatives, many companies active in this area claim they have a lower environmental impact when compared to cow’s milk, and cite benefits like sustainable pasture-based production systems and less nitrogen leaching. 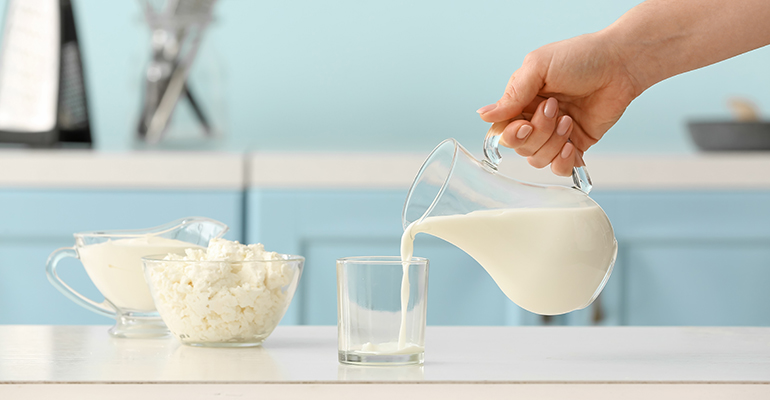 Goat’s milk already has found a niche in infant formula due to its increased protein and fat digestibility compared to cow’s milk, and a handful of companies is beginning to follow suit with formula made from sheep’s milk, such as New Zealand-based Spring Sheep and French startup Junéo, which launched its sheep milk formula in 2018. In addition, some major players are investing in premium infant formula products made from non-bovine milks. In 2019, global dairy giant Danone launched a sheep’s milk formula in Australia and New Zealand under its Nutricia Karicare brand, for example, following an earlier goat’s milk formula launch in the same region.

“The product innovation responds to growing demand among consumers in Australia and New Zealand for toddler formulas based on alternative sources of milk, such as goat and sheep milk,” the company said in a statement. “As consumer preferences continue to evolve, it’s important that we’re able to cater accordingly.”

Dairy from other animals is important elsewhere, with buffalo milk accounting for slightly more than half of all dairy production in India, for example. Products from a range of other milks, including from donkeys, yaks, camels and reindeer, make up a smaller portion of the global market, but innovation in these is also on the rise.

Camel milk, for example, has a long history of consumption in Africa and the Middle East, but products based on camel milk more recently have entered western markets. UAE-based Camelicious launched a range of camel milk ice creams in the UK in 2019, following the release of endurance drinks with camel milk in Denmark and the UK two years earlier.