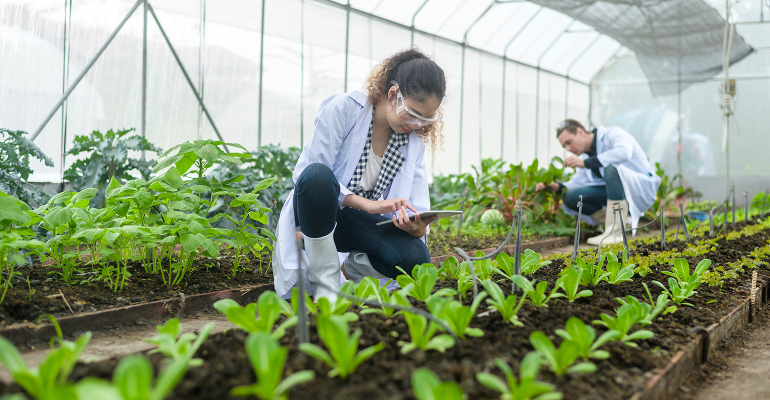 Technology is revolutionising the global food and beverage industry. What is driving this change, and what opportunities are there for companies to leverage technology to promote sustainability?

There is no denying the fact that technology, in all its forms, is disrupting the global food and beverage industry. From large corporates striving to maintain their market share and value through innovation and acquisitions, to SMEs and startups penetrating the market with new innovative technologies, tech is now affecting every stage of the food value chain.

According to a Madrid-headquartered startup consultancy, Eatable Adventures, 11 core technologies are currently disrupting the food system, including the Internet of Things (IOT), bioprinting, novel foods, mycelium, and e-commerce.

A universal phenomenon, the waves of technological innovation that are currently passing through the food industry have been compared to those of the dot-com bubble in the late 1990s and in the same way, offer the ability to transform the entire food ecosystem.

Speaking at Fi Europe 2021, José Luis Cabañero, CEO and co-founder of Eatable Adventures, drew similarities between the initial public offering (IPO) of tech giant Yahoo in April 1996 and that of meat alternative manufacturer Beyond Meat in May 2019. Both events, despite existing in different industries over 20 years apart, sparked next-to-identical performances on the stock market and signalled the start of a new, technological era for the respective sectors.

“When [Yahoo] launched to market, they opened the internet era. For us, the IPO of Beyond Meat signalled the beginning on the foodtech investment era,” Cabañero said.

In every major industrial sector, technological advancement and innovation are paving the way for new and exciting breakthroughs when it comes to products, brands, concepts, and processes.

“The digitisation and connectivity of the system, driven by the application of different technologies, is causing this evolution to occur much faster than in the past,” Cabañero said.

Technology is driving a second wave of domestication

According to Cabañero, technology is driving a ‘second domestication’ in the food industry, revolutionising traditional processes, such as fermentation, at a microscopic level. Precision fermentation, for example, involves editing the DNA of microorganisms like yeast so that they produce a specific molecule of interest.

The impact can be seen in the protein sector which, throughout history, has undergone three key production processes: first hunting, then farming, and currently biosynthetic techniques. Supported by new food processing technologies, the protein market is expected to experience fundamental change in the near future. A look at the $1.2-billion pepsin or $7.5-billion heparin markets demonstrates this. Both are commonly used animal-derived products which can now be produced animal-free via methods of precision fermentation, conducted by the likes of foodtech startup, Clara Foods.

“The whole way across the end-to-end food value chain, every element is being affected by new technologies,” Cabañero said.

From nutrition to packaging: The wide-ranging applications of food tech

With many key industry players prioritising innovation in their corporate strategies, the intensity of R&D expenditure is growing year-on-year.

Large corporates both from within and outside the food industry, such as PepsiCo and Rabobank respectively, are pumping huge amounts of capital into collaborating with tech-focussed startups and creating venture programmes to acquire the latest innovations.

Accelerator programmes, such as PepsiCo’s Greenhouse accelerator and Rabobank’s FoodBytes! programme, reflect the vast diversity of startups who are using tech to revolutionise the global food system. The FoodBytes programme, for instance, has a foodtech section, which is divided into the subcategories: food safety & traceability; alternative protein technology; nutrition technology; and packaging innovations.

Foodtech companies are the fastest growing in the sector, increasing in value by around €416 billion in the five years to 2020, according to DealRoom, as compared to the top 10 food manufacturers, which grew in value by approximately €67 billion during the same time-period.

Technology as a driver of sustainability

On a wider scale and through a sustainability lens, technology offers the possibility to transform the global food production system, which currently accounts for 30% of greenhouse gas emissions worldwide. Developments such as gene editing and the aforementioned precision fermentation could transform the end-to-end value chain to produce increased amounts of food, with fewer resources and a decreased environmental impact.

In practice, this may amount to a rise in the price of traditional animal products, offset by new, cheaper alternatives, cultivated mainly in laboratory environments.

“The combination of the industrial production of biomass with new techniques for aggregating this biomass into final consumer products will represent a significant drop in cost of meat,” said Cabañero.

All in all, the hope moving forward is that advancements in technology will allow consumers to access cheaper, healthier, and more sustainable food products, in a more convenient way.