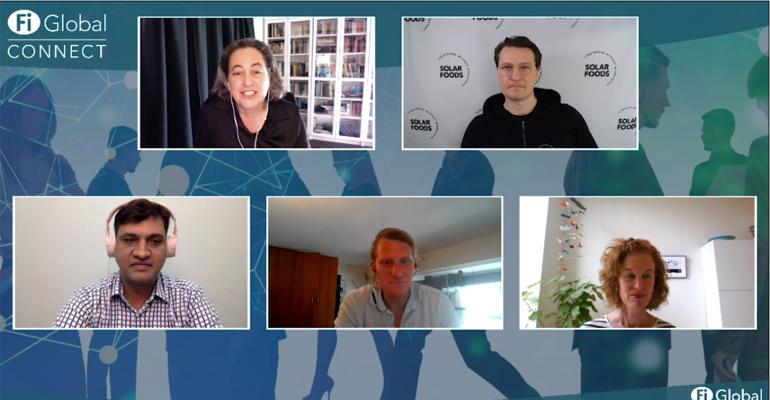 As the number of investments in innovative food tech startups grow, where do the innovation opportunities lie? What roadblocks exist and what role do startups play?

Despite the global pandemic, a record-breaking $3.1 billion of investments in alternative proteins were recorded in 2020, and with food production projected to double by 2050, the demand for innovative F&B solutions is now more apparent than ever. As the number of investments in innovative food tech startups grow, where do the innovation opportunities lie? What roadblocks exist and what role do startups play?

As part of Fi Global Connect: Regions in the Spotlight, the live panel discussion brought together expert innovators and regulatory specialists from across the globe to address the current trends, opportunities, and roadblocks in the global F&B innovation ecosystem. Regulation for novel foods and ingredients, consumer demand and acceptance, and economic and environmental sustainability were among the topics discussed.

Bringing to light some of the latest startups leading the way in the food production space, this discussion delved into the work of Solar foods, GAIA foods, Enzymit and on the regulatory side, Axon lawyers.

Taking microbial fermentation to the next level, Solar Foods' mission is to bring new food products produced without any input from agriculture, to the market. As the global population and standards of living increase, the emissions created by the food system will also rise, eventually overtaking those produced by the global energy system. Working to combat this,

Current meat production processes are highly resource intensive, unsustainable and are among the main contributors to greenhouse gas emissions worldwide. Aiming to

“produce the meat of the future,” Gaia foods

“extract stem cells from animals and grow them in the ideal cultured environment to produce any meat of choice,”  said Vinayaka Srinivas, Gaia Foods Founder and CEO.

Focussing particularly on cultivated cell-based red meats such as steak, Gaia’s attention is on developing serum-free solutions in house at reduced costs and timelines, for the SE Asian market.

On average, 1 hector of farmland produces over 2 million calories per year, yet the sun produces the same amount of energy for the equivalent land mass in under 2 days. Aiming to keep up with the increasing global demand for food production, Enzymit are on a mission

“to change the way we produce things on the planet from traditional photosynthesis to bioproduction … by designing novel enzymes,” said Dr. Gideon Lapidoth, Enzymit CEO.

“Consumers are interested in getting natural flavours but don’t want to pay the amount that it currently costs … if you can produce the same components at a fraction [of the cost], that opens up new possibilities,” Lapidoth noted.

The EU is the largest internal market in the world and introducing new products to it can be challenging. From a regulatory standpoint, Karin Verzijden of AXON lawyers highlighted the key considerations for companies looking to bring new products to market. Firstly, the priority should be on ensuring there is a market demand and USP for the product.

“Ensure you secure your advantage in respect of the rest of the market and your freedom to operate,” said Verzijden.

Further, she stressed the importance of carefully selecting partners and addressing the regulatory framework at play.

“It’s not an a la carte menu but is based on the characteristics of your product that you need to follow one or another regulatory route,” she noted.

In the EU, the current procedure for qualifying novel foods to market is expected to take between 18-24 months, including the EFSA ‘stop the clock’ requests. To make this process as efficient as possible, Verzijden recommended

“ensuring you can tick all the boxes to hand in all of the required materials,” first time round.

Authorised to trade on the Singaporean market, Srinivas commented that Singapore’s legacy industries, good government contact with companies and fast regulatory timelines are advantageous to companies looking to introduce novel products to market. Despite the lack of reciprocity between systems, approval in foreign territories such as Singapore is also often considered favourable when submitting EU applications, Verzijden noted.

Taking health and safety requirements into consideration, she added

“to have a competitive product, you need to be able to ensure the product is safe.” 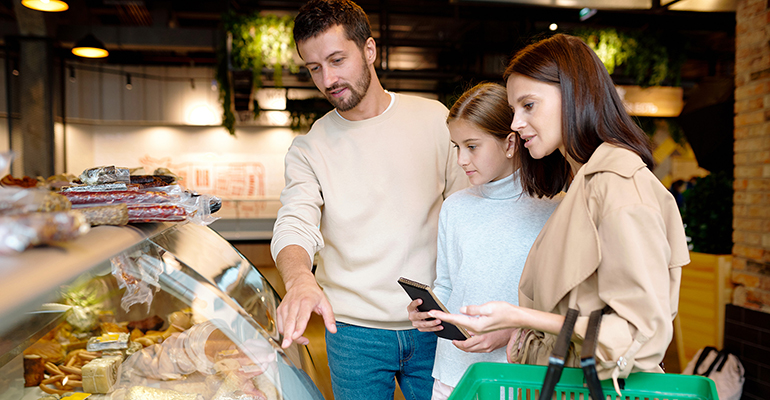 A recent Charleston|Orwig study reported that 40% of consumers found lab created foods to be ‘scary and were not interested in trying it at all.' Although the innovation landscape for new products and technologies is ample, questions remain around consumer understanding and acceptance of such.

Regarding consumer knowledge of new technologies, in Vainikka’s experience,

“products need to be launched, scaled and if the product is convenient, tasty, nutritious, healthy, it will work out … the technology does not matter.”

In the cultured meat space, a common misconception among consumers is that a minority of food products are produced in labs, when in reality around 90% of all convenience-store products originate from labs. According to Srinivas, the best way to combat consumer doubt is through complete transparency regarding production and technological processes. For meat particularly, ensuring affordability and texture are key. Gaia Foods’ scaffolding technology allows them to replicate the meat consumers are used to,

“not introducing something new but giving consumers the same products,” Srinivas said.

For Enzymit, consumer hesitation is a less pressing issue as people are not consuming the actual enzyme itself but rather the finished product and are often unaware of the creation process. Enzymes help reduce the cost without affecting the final product and according to Lapidoth, if it

“will be cheaper to produce cultivated meat than it will be to raise a cow in the pasture … people will prefer that solution.”

In the EU, there is currently an ongoing debate around the naming of new products on the market. As Verzijden highlighted,

Despite the nascent regulation in this area, Verzijden found that the landscape for innovation is already large and growing, and consumers are generally ready to accept the changes the industry is undergoing.

Similarly, in the enzyme space, Lapidoth remarked that

“change is already happening, whether people want it or not.”

Optimistic about the willingness of consumers to purchase new foods, he predicted that any resistance will likely be down to cost, not demand.

“I’m very optimistic about the future … we have to adopt these technologies, there’s no question about it,” he said.

Regarding traditional meat-alternatives, Srinivas’ view was to

“let the consumers decide what to buy.”

Ensuring that production means are

“transparent and accessible [for the general population] will give companies a chance to appeal to wider audiences,” he said.

In Vainikka’s opinion, these changes may be exaggerated as in general, much of the food on consumers’ plates remains the same with a few minor alternatives to a limited range of products. We should expect to see

“not a complete change in eating habits but in production of the food products.”

“Around €60 billion is paid annually as agricultural subsidies in the EU … relieving classical farming creates opportunities for traditional farmers to get fairer prices for their products,” he concluded.