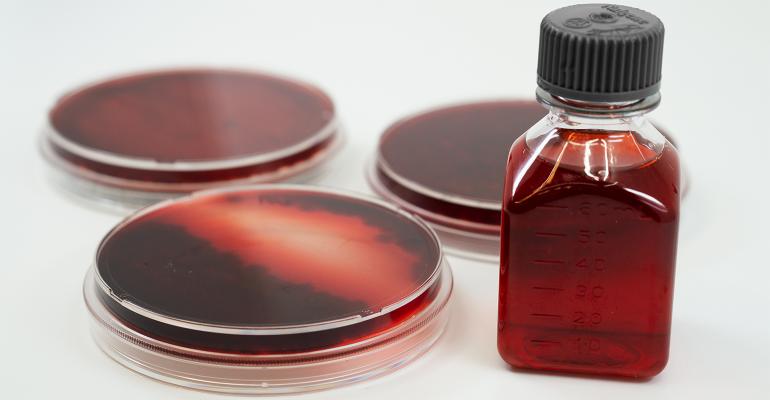 Argentinian biotech startup, Michroma, is using fungi to produce label-friendly and sustainable food colours that do not cost the earth.

Michroma was crowned as the category winners for The Most Innovative Food or Beverage Ingredient 2020, during the 5th edition of The Fi Global Startup Innovation Challenge held during Fi Europe CONNECT 2020. The Argentinian startup has developed a biotech platform to manufacture next-generation natural ingredients in a sustainable, cost-effective, and scalable way. Michroma’s technology works by using specific fungi as ‘biofactories.’ It engineers the fungi’s organism, instructing it to create proprietary and high-performing colourful strains, which it then ferments in scalable bioreactors.

“Our mission is to replace all petroleum-based ingredients. Food dyes are everywhere, from junk food to healthy food. Companies are using them to make their products more appealing to our eyes, make them look more nutritious and healthier and thus incentivise us to buy them.”

“The problem is most of these dyes are petroleum-based and have been related to many health concerns such as allergies, ADHD [attention deficit hyperactivity disorder], hyperactivity in kids and cancer. Consumers demand for natural ingredients is booming and companies are worried about the ingredients they use.”

“We currently have natural colourants from agriculture, but they can lead to a fake perception of sustainability because [of] the extremely high use of resources – water, land, and pesticides. They are much more expensive, having a long and difficult to control supply chain.”

The result is a food-grade vibrant colour that can be used in the food, beverages, confectionery, cosmetic and pharmaceutical applications. Its fungi-based colours are also more pH- and heat-stable than the natural options currently on the market and are suitable for vegans. 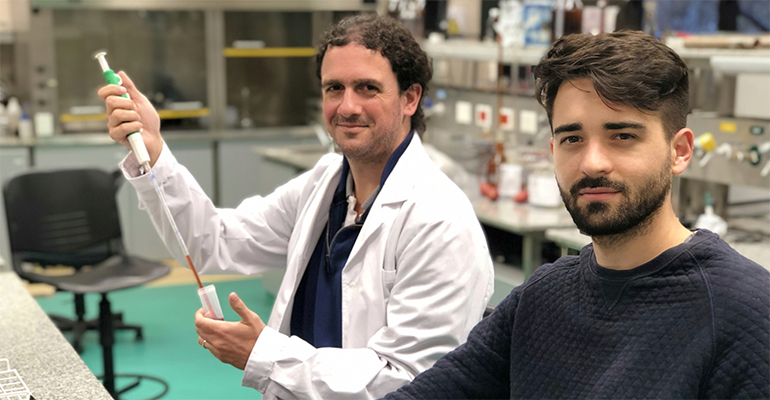 The full spectrum of colours

The company’s flagship ingredient will be a red dye that can replace cochineal red, which is produced from cochineal insects. It then aims to scale up production to compete with more expensive plant-based reds, commonly made from beetroot, before targeting petroleum-based colourants.

“Currently, we can also produce orange and yellow, all three combined are 90% of the food dye industry. Nevertheless, we are going to leverage the power of our fungal factories to produce a full spectrum of colours, including blue and green, and after this, extend our platform to other ingredients to accomplish our mission of replacing all petroleum-based ingredients.”

The company was founded when entrepreneur Ricky Cassini met Mauricio Braia at an event organised by the Austral University on how to set up a scientific startup. Since then, the startup has attracted attention from some of the most important biotechnology investment funds in the world.

It was one of 20 companies selected out of 500 applicants to take part in an accelerator programme organised by Buenos Aires-based, GridX. The GridX programme involved a networking trip to Silicon Valley in the US where Cassini and Braia connected with IndieBio, the world’s largest biotechnology accelerator, which chose to accelerate Michroma. Since then, the company has received The Most Innovative Food or Beverage Ingredient award at the Startup Innovation Challenge held during Fi Europe CONNECT 2020.

Fermentation: ‘The future of nutrition’

Cassini is confident that fermentation platforms will play a pivotal role in future food innovation.

“Fermentation is going to be the future of nutrition. Petroleum-based ingredients are going to be limited by governments and consumers will reject them. Consumers continue to shift focus to climate, health, and wellness. Fungi are going to take an extremely relevant role as biofactories and in the alternative-meat space.”

According to Cassini, Michroma’s portfolio will be particularly disruptive not only because of the sustainable production method but also because the colours are more functional than current offerings.