Is modified yeast the future of craft beer?

Scientists are developing new flavours and aromas in beer by manipulating brewer’s yeast in the laboratory. But how comfortably does this fit with the image of traditional craft brewing?

Craft beer has become a global phenomenon. Consumers now embrace traditional, local products on the one hand, and novelty varieties and flavours on the other.

It’s a quirky balance, with some of the most modern genetic modification techniques now combining with centuries-old brewing know-how.

Scientists at UC Berkeley in California, for example, have recreated the unique flavours of hoppy beers without using resource-intensive hops. The technology works by incorporating DNA from basil and mint into the brewer’s yeast. Then, in double blind taste tests, trained tasters actually perceived the hop-free beers as hoppier-tasting than traditionally brewed beers.

Meanwhile, Belgian researchers are working to breed yeast strains that produce a multitude of unique flavours and other desirable characteristics in beer. Kevin Verstrepen at Belgium’s University of Leuven and the Flanders Institute for Biotechnology leads a team using advanced screening techniques to select certain strains for breeding. Robots and miniaturised chips are then used to make crosses.

When it comes to flavour and aroma, craft beer makers are looking for variety above all else. Crisp yeasts that produce few aromas are in demand, while those with fruity flavours characteristic of abbey beers and tripels also have become increasingly popular.

“Brewers are very desperate for the next big thing,” Verstrepen said.

“In the end, it comes down to fruitiness. Yeasts make fruity flavours, mainly banana and apple, but some can make flavours that are more tropical, like lychee and passion fruit, and that’s really in demand.”

These flavours are present in certain modern hop varieties, and yeast can also be used to enhance them.

Over a period of three years, Verstrepen and his team analysed more than 250 different beers for characteristics including flavour, aroma, alcohol content and colour using a trained sensory panel, and then combined this with precise measurements of the chemical and genetic basis for those features.

“It’s combining good properties that exist in nature to make the perfect yeast,” he said. 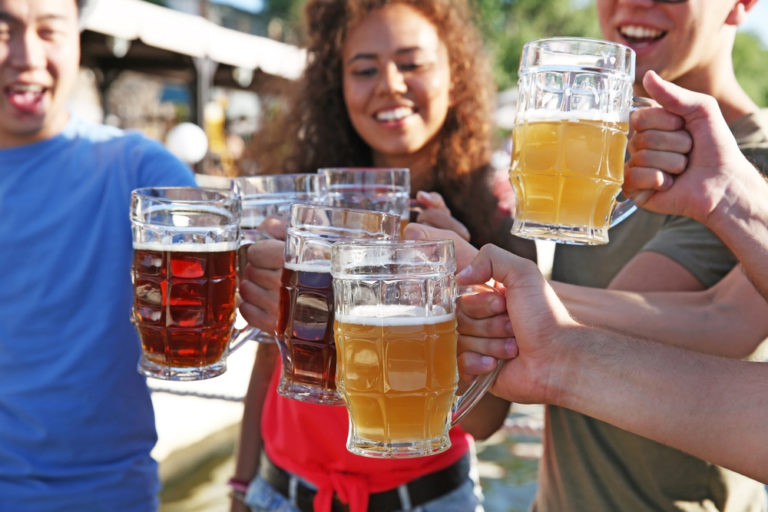 The team has made yeast cells with 50% more aroma, for example. Verstrepen added that genetic modification could increase aroma 100-fold, but there is little appetite for the technology among most brewers.

“The big breweries are still keeping their hands off anything with genetic modification,” he said. “…That said, I am sure there will be some smaller craft brewers – they are quite desperate to differentiate themselves. For a small brewer there might be science geeks like me who would be eager to try it.”

Apart from flavour, brewers are looking to new yeast strains for improved flocculation – how well yeast cells clump together – which makes it easier to remove the yeast from the beer, as well as for improved efficiency, meaning how quickly the yeast ferments and how much alcohol it can tolerate. Even if a brewer doesn’t want to make a 10% ABV beer, most beers are made at higher alcohol levels and then diluted with water before bottling, Verstrepen explained.

“This sounds like cheating, but it allows them to make more beer in a smaller brewery. It’s good for the wallet, and it’s also good for the environment,” he said.

“And beers have only increased in quality.”

It is also possible to manipulate the yeast to produce a flavourful, lower alcohol beer. Verstrepen’s team has worked with a Canadian brewer to do just that, to produce a beer with the fruity flavour associated with an abbey beer, but with about 6% alcohol instead of 10%.

The work from his lab means the team can predict from its chemistry how well a beer will be rated among aficionados on apps like Rate Beer, and which beers an individual might like based on those they have previously enjoyed. And for breweries, it also leads to practical advice on how to broaden a product’s appeal.

“We can tell breweries to not go above a certain percentage of alcohol, for example,” he said.

For Verstrepen, exploring the diverse qualities of yeast to make better and more flavourful beers is entirely harmonious with the ethos of traditional craft brewing.

“I would say now with the craft beer revolution, brewers are looking for diversity more than anything,” he said.