Putting African superfoods on the table 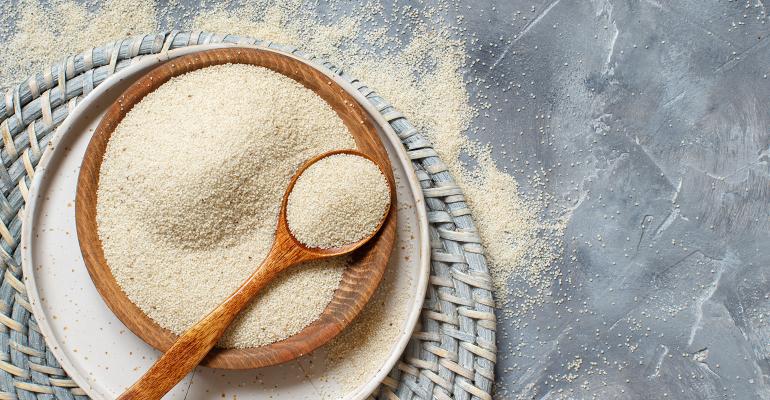 A number of start-ups are leveraging on-trend West African flavours by using traditional superfoods, such as fonio, baobab, and moringa, in high-growth categories. However, these ingredients are not limited to African-flavoured products and can boost the sustainability and nutrition of any product, they say.

Consumer interest in West African flavours and cuisine has been on the rise in recent years. In 2020, US retailer Whole Foods added West African cuisine to its annual trend guide and, this year, it included moringa, a nutrient-packed leafy green that is a traditional food in many African and Asian countries, in its top 10 trends to watch in 2022.

According to trend-spotters at WGSN, black entrepreneurs, chefs and restaurateurs are opening people’s eyes to the “overlooked and erased influence of Black and African foodways on the global food system”.

“Serious consumer concerns are driving the 2022 top trends, including global warming and sustainability impacts on our food supply, and an urgent need for more diversity, inclusivity and respect in the food world,” said Kara Nielsen, WGSN’s director of food and drink.

West African flavours and ingredients are on trend

US frozen food brand, AYO Foods, has already added the dish to its range. AYO Foods, which was selected by Rabobank to take part in its FoodBytes! accelerator programme last year and recently secured a US-wide retail listing in Kroger, creates ready meals that reflect West African cuisine and use ingredients likely to be unknown to many US consumers, such as cassava leaf, ground melon seeds, red peas and sorghum leaves. 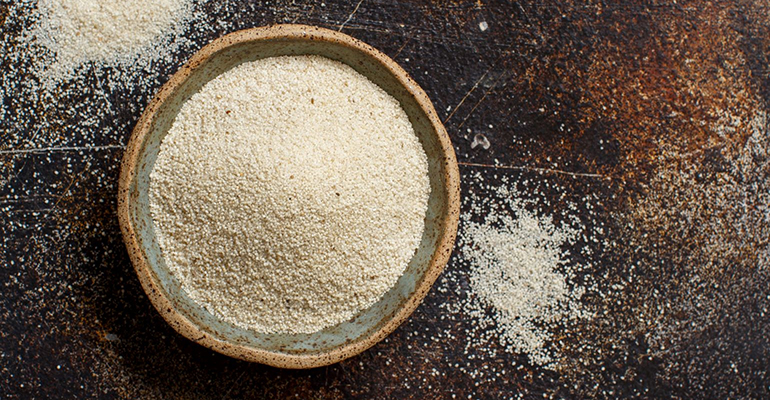 New York-based Yolélé, meanwhile, is on a mission to put fonio on the global culinary map.  Fonio is a gluten-free grain that cooks in five minutes and has a nutty, earthy taste. Traditionally, it is used in West African cuisine as a side dish, like rice, however, Yolélé says the grain is versatile and can be used for veggie burgers and gluten-free baking.

In addition to selling unprocessed fonio for home-cooking, Yolélé makes fonio and cassava chips available in three flavours – sea salt; moringa & baobab; and yassa chili – and fonio pilaf in ready-to-eat pouches in flavours such as Dakar curry and jollof.

According to co-founder and CEO Philip Teverow, the Yolélé brand wants to make it easy for consumers anywhere in the world to enjoy African flavours. However, the start-up also aims to build a fonio supply chain to serve all food companies, no matter the positioning of the product.

“As an ingredient, fonio is not at all limited to African applications. It’s a grain, and it can be used like any other grain, in multiple categories,” he told Fi Global Insights. “[We] are enthusiastic about supplying fonio to any food manufacturer that wants to use it. Their reasons could have nothing to do with African food. They might just want to meet sustainable development goals by incorporating traceable impact into existing products. For example, substituting a portion of the rice flour in a given formulation with fonio flour, which behaves similarly, features nicely in an annual report.”

Singapore company WhatIF takes this approach; it sources Bambara groundnuts (Vigna subterranean) in Ghana and uses the legume to make popular foods in the Asian market, such as noodles and plant-based drinking milks that do not have an overtly African positioning.

British brand Aduna buys ingredients from Africa, such as baobab, moringa, and hibiscus, and uses them in accessible, convenient formats for Western consumers, such as smoothie powders and tea bags. It sources baobab fruit from Ghana and Burkina Faso, partnering with a local non-profit called ORGIIS, to agree on fair prices with the farming communities.

A stealth approach for health and sustainability

According to Yolélé, a fairtrade export market for fonio, combined with a commercial-scale supply chain, can create increased income opportunities for smallholder farmers and promote biodiverse, regenerative, and resilient food systems.

Asked if he had any advice for product developers looking to create a product with a relatively unknown ingredient, Yolélé’s Teverow said they should look to its performance and functionality.

“If you’ve been given a directive to help move a company toward achieving sustainable development goals, you may be aware that using biodiverse ingredients grown by smallholders on climate-resilient regenerative farms can have a huge impact. But you don’t need to feature those ingredients on the package or in the taste to achieve the impact. You just need to use the ingredient.

“So, if you’re driven for whatever reason to strive to include underutilized ingredients in your products, think first about what category of ingredients a given underutilized crop is in. If it’s a grain, what do you use grain-based ingredients for? Thickening? Binding? Bulking? Crisping? Use that underutilized grain to replace five percent of the major grain you’re using in a formulation. There will be no detectable impact on taste, process, or even profitability. But it could have a huge, traceable impact on people and planet.”