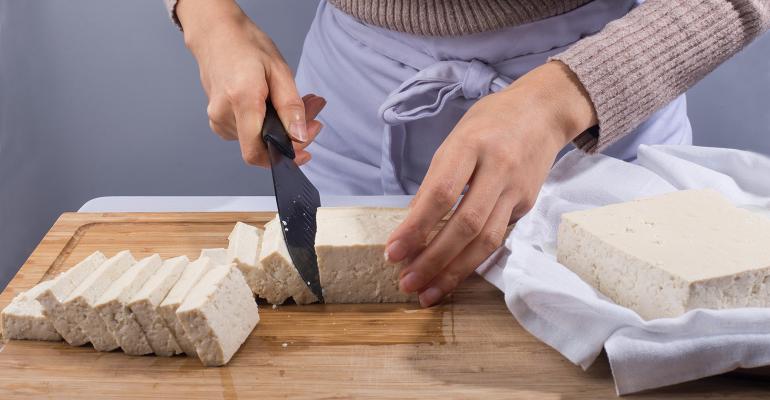 Plant-based products from seeds and pulses are widely used in new generation meat substitutes, but some companies have their eye on more traditional vegetarian products instead, looking to create more sustainable alternatives to those based on soy.

Soy suffers from a poor reputation among consumers, many of whom associate it with GMOs, deforestation and loss of habitats, particularly in South America. According to the Roundtable on Responsible Soy, less than 2% of the world’s soybeans adhere to its sustainability and zero-deforestation standards. However, a method developed by FEFAC (the European Feed Manufacturers’ Federation) suggests the picture is less dire than that, with at least 77% of European soy imports at low risk of deforestation.

Nevertheless, alongside environmental concerns, soy is a major food allergen – and manufacturers are beginning to examine the potential of other plant proteins for vegetarian and vegan products to broaden their appeal.

Peafu is among the latest. As the name suggests, it offers an alternative to tofu, and is based on yellow peas, grown locally to where it is manufactured in the United Kingdom. Peafu’s founder Tor Kemp argues that sustainability should refer not only to how food is produced, but also where.

“Peafu offers an alternative to soy-based tofu, which depends on imported soy beans,” she writes on the company’s website. “At the heart of Peafu is an ethos to be part of a sustainable, local food system.”

“Pea plants increase the nitrogen in the soil and reduce the fertiliser needed for growing other crops such as onions, squash and spinach,” according to Kemp. “Tofu made from peas is better for the global and local environment than classic soy-based tofu.” 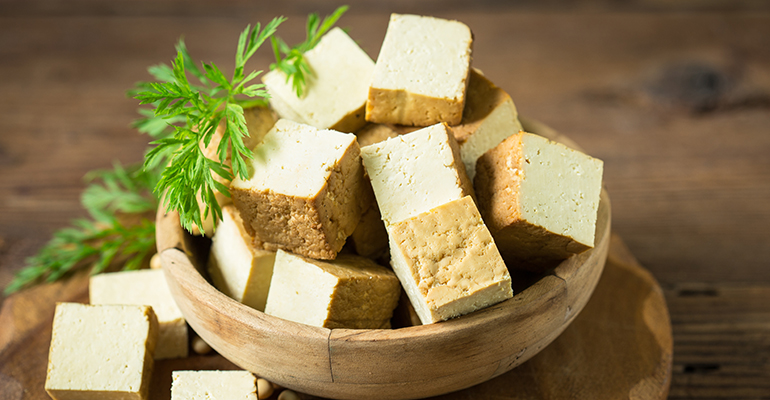 The product itself is at an early stage of development, and is expected to be available from 2022, but it is not the only alternative to traditional tofu on the market. Hemp is another option, including Hemp-fu from Italian firm Armonia e Bontà and Tempt Hemp Tofu from US-based Hudson River Foods. Meanwhile, Shan tofu made from chickpeas – also known as Burmese tofu – has long been an alternative for home cooks.

Different pulses and seeds will have an impact on texture and mouthfeel, with hemp creating more of a crumbly product, for instance. As for Peafu, Kemp says:

“Unlike soy tofu, which has very little flavour, we are aiming to harness the slightly earthy/nutty taste of the yellow pea. The pea tofu will still be a sponge for added flavours in the meal preparation, be they spicy, smoky or sweet.”

The company is targeting a growing market. According to a recent report from Grand View Research, the retail value of plant-based meat alternatives is expected to grow from $4 billion in 2020 to $13.8 billion globally by 2027. And in many developed countries, veganism and vegetarianism are major drivers. The report found that soy-based products, including tofu, accounted for 48% of the alternatives market in 2019, and pea-based products were expected to register the fastest growth over the next seven years.

Alternative plant proteins also are taking off in other product categories traditionally dominated by soy. In the milk alternatives market, for instance, figures from the UK’s Vegan Society show that soy was number one in Europe until 2015 when sales of almond milk rose to the top for the first time, while milks from plants like oats, cashews, hemp and peas also are on the rise.