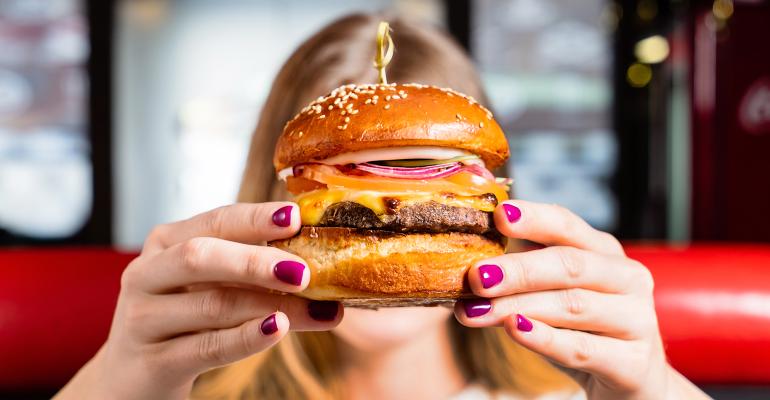 Many plant-based meat alternatives still have textural and flavour issues, but research has made strides toward more meat-like analogues. Speakers at the Fi Europe CONNECT 2020 virtual event outlined some of the main elements to bear in mind when creating new products.

The starting point for many plant-based products is the protein source, and this is crucial for taste and texture, as well as for nutrition and consumer acceptance. However, manufacturers often have a balance to strike, according to Carole Bingley, Senior Associate Principal Scientist at Reading Scientific Services Ltd (RSSL).

“Wheat gluten is being used in most new products, and that is because of the texture that wheat gluten can give to products,” she said. “It can give that bite that we are looking for in meat alternatives. On the downside, it is an allergen, and because of the [clean] labelling trend, that might be a consideration.”

While the use of wheat gluten has taken off in recent years, soy protein has stayed relatively stable, as manufacturers weigh up some negative consumer perceptions of soy. Meanwhile, yellow pea and potato protein are becoming more popular, but Bingley underlined that every plant-based protein has its pros and cons.

“Yellow pea is likely to continue; it has a nice sustainability story,” she said, adding that on the other hand, it has a softer texture than soy protein, and a challenging flavour profile.

Meanwhile, potato protein can be used as a binding ingredient in place of egg white, making it an interesting ingredient for those making vegan products, but the amount of protein in potato is quite low, so supply can be an issue.

“There is a lot to think about when you are considering protein ingredients, and this is just the protein sector,” Bingley said. “You are also looking for binding ingredients, flavour ingredients, the fats, and all of those have to be combined to make your final product.”

“Flavour will bind with the protein, for example, and won’t be perceived as strongly by the consumer,” she said.

But the way ingredients interact can be beneficial, too. Blending proteins, for instance, can help bind meat analogues, providing an alternative to ingredients like egg white or potato protein.

“Adding wheat gluten to soy during extrusion creates a more fibrous structure and more interaction between each layer of the structure,” she said. 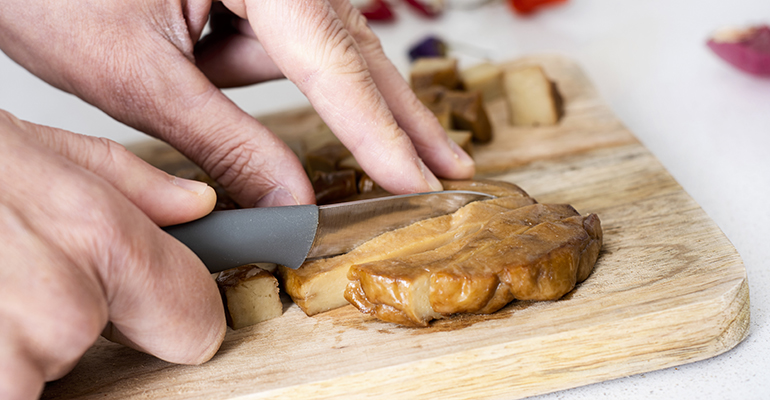 That said, despite improvements in the texture of plant-based meat alternatives, Pouvreau said consumers still found it 'not as close to meat as they would like'.

This is crucial, as flexitarians are more likely buy plant-based meat analogues than vegetarians or vegans.

Yann Pencole, Director, Kline & Company, said, “The majority of these consumers do eat meat and will associate plant-based meat with meat.”

Eating involves all the senses

Indeed, 89% of those who buy these products also eat meat, according to Kline & Company research. Therefore, sensorial quality is crucial – the bite, the juiciness, its taste and appearance – to ensure it is as close to meat as possible.

All of these aspects are closely related, according to Fred Gates, Technical Specialist, Food Physical Properties at RSSL.

“We enjoy food with all our five senses, so everything is linked,” he said, adding that texture influences how flavour is released, and even the sound of chewing the product can affect consumer perception.

“One of the big challenges with texture is its combined effect on both the composition and the structure,” he said. “Texture is also not a static concept. It evolves as we chew the product, as we break down the food.”

NPD in plant-based meat analogues may be challenging on many levels, but solutions are available. Pencole highlighted the role of processing technologies like extrusion and shear cell technology to improve texture, while plant fats that are solid at room temperature, like coconut oil, can help mimic the mouthfeel of animal fat.

“Technologies are addressing more and more this texture aspect,” he said.