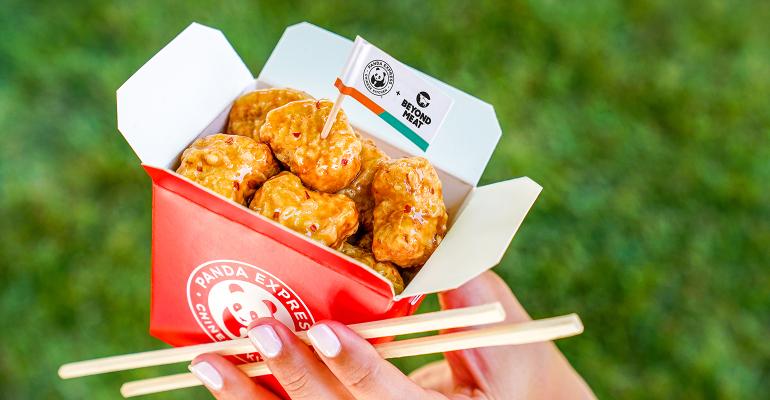 Plant protein is the latest industry megatrend, but a small number of ingredients dominates the space. How big is the commercial potential of emerging protein ingredients?

The Good Food Institute (GFI) predicts that a stronger B2B ecosystem is likely to emerge to serve growing demand for plant-based protein, including a range of alternatives to the traditional soy, wheat and pea. It names potential up-and-coming sources including sunflower, mung bean, potato, rice, duckweed, chickpea, navy bean, oat, and fungi – but says the most exciting protein ingredients could come from industry side-streams in existing sectors like oilseed pressing and vegetable processing.

Meanwhile, the Boston Consulting Group (BCG) is optimistic about the future of alterative proteins, suggesting they could account for 11% of the global protein market by 2035, up from just 2% today.

“In just the past few years, alternative proteins have morphed from a niche product to a mainstream phenomenon,” said Ulrik Schulze, managing director and senior partner at BCG’s Zurich office. “Plant-based meats are now a fixture at fast food restaurants around the world, plant-based milk is a household staple, and you can taste meat grown from animal cells in restaurants in Singapore and Israel.”

According to Mark Warner, Founder of Warner Advisors, the main goal is to get a wide-scale replacement for animals used for protein.

“There’s a large number of really novel technologies out there,” he said in a recent GFI presentation. “…While there’s a great buzz around a lot of these companies, there’s not enough of them at a later stage where they’re really producing a lot of protein at a commercial scale.”

He said it was important to consider that alternative protein production crosses into several different sectors, including functional proteins from precision fermentation, such as the heme iron that Impossible Foods uses, or Clara Foods’ egg white protein. Then there are ‘lower functional proteins’ from fermentation, such as algal protein or microbial protein, which can be made in larger quantities and bring structure and nutrition to products. Plant protein isolates are used in foods like JUST Scramble and Beyond Meat, while the emerging technology of cellular meat invovles companies like Memphis Meats and Aleph Farms.

“If we are going to replace proteins at large scale, we need all of these,” Warner said, adding that the principles of successful scale-up apply to all proteins. 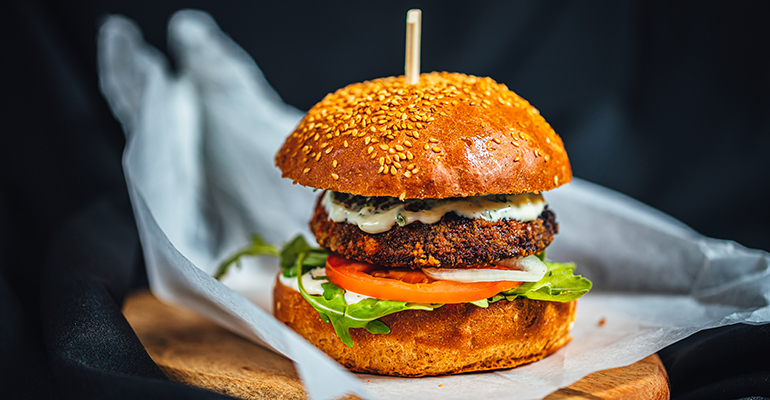 BCG’s research suggests consumers would be willing to switch to alternative proteins if they are comparable with meat in terms of taste, texture and price – and technological advances could make that a reality, especially if they are coupled with a regulatory push to encourage a transition away from animal agriculture.

“Step changes in alternative protein technology, whether at incumbent food companies or startups and supported by public or private investment, could lead to rapid gains in production efficiency, better taste and texture, and lower cost,” said Nico Dehnert, principal at BCG’s Munich office.

If production gains increase – and governments put regulatory sticks and carrots in place – BCG predicts Europe and North America could reach ‘peak meat’ as early as 2025.

Warner added that companies in the sector need to be realistic about their profitability if they intend to bring new products to market. Revenue is unlikely to come at the demonstration scale, so he encourages startups to ensure they have enough funding to get through that stage. Full commercial-scale fermentation is likely to be the first time the technology is going to be profitable, he said.

One thing to consider is how much of the biomass is used in the final product. In the case of whole cell proteins, it is cheaper to produce because you are using the whole biomass, while growing the heme, for instance, is such a small part of the biomass that it will be much more expensive, and companies must consider what they intend to do with their downstream products.

“The price difference is huge,” he said. “You may get from tens of dollars to low hundreds of dollars per kilogram for many of these precision proteins, while many of these whole cell proteins, they are hoping to get to one, two or three dollars per kilogram, so it’s a very dramatic price difference. I’m not saying one is better or worse. The precision proteins are then added to a lower cost agricultural material to make a higher value product. Both are valuable.”