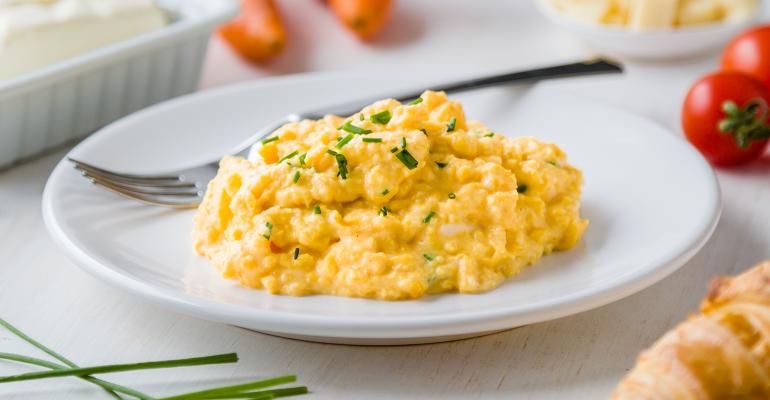 Egg alternatives are one of the most lucrative opportunities in the plant-based market but finding the right formulation can be challenging.

Plant-based food and drink is booming and creating vegan substitutes for eggs is one of the most lucrative growth opportunities in the sector with strong potential demand particularly in Germany, the UK and the Netherlands, according to a recent survey commissioned by non-profit organisation ProVeg International, which questioned over 6,000 individuals.

Despite this, the survey also highlighted low penetration rates with only 11% of people trying to reduce consumption of animal-based products having recently purchased plant-based eggs.

“This combination represents a major growth opportunity,” said Kai-Brit Bechtold, senior market research scientist at ProVeg International. “We are at the very beginning of the growth of the plant-based sector, particularly the egg alternative market,” said Bechtold. “More and more people are now acting upon the health, animal welfare and environmental benefits of eating more plant-based foods, the public awareness of which is growing faster each year. This is a fundamental shift in consumer behaviour.”

In the US, the plant-based egg category is already worth $10 million, with dollar sales of plant-based eggs growing 192% between 2018 and 2019 and 228% in the 2017 to 2019 period, according to The Good Food Institute (GFI), a non-profit organisation that works to expand the animal-free food market.

Finding the right formulation for egg substitutes, however, can be challenging.

“Although some egg alternatives are very close to providing all the functionalities of eggs, a perfect stand-alone replacement does not yet exist,” wrote research fellow Miranda Grizio and senior scientist Liz Specht at GFI in the report Plant-based egg alternatives: Optimizing for functional properties and applications.

Natural, clean label and highly functional, eggs have a myriad of functions from a food developer’s perspective, with properties including foam stabilisation, binding, thickening, crystallisation control, emulsification, coagulation, and gelation. They also boost the protein content, add flavour, and improve the appearance of baked goods.

However, they present several downsides for manufacturers. The price of shell eggs is volatile due to limited shelf life and can be exacerbated by seasonal demand and outbreaks. In 2014 and 2015, 33 million egg-laying hens were culled in the US to limit the spread of Highly Pathogenic Avian Influenza (HPAI), triggering a price increase of 36%, according to the Economic Research Service of the United States Department of Agriculture (USDA). 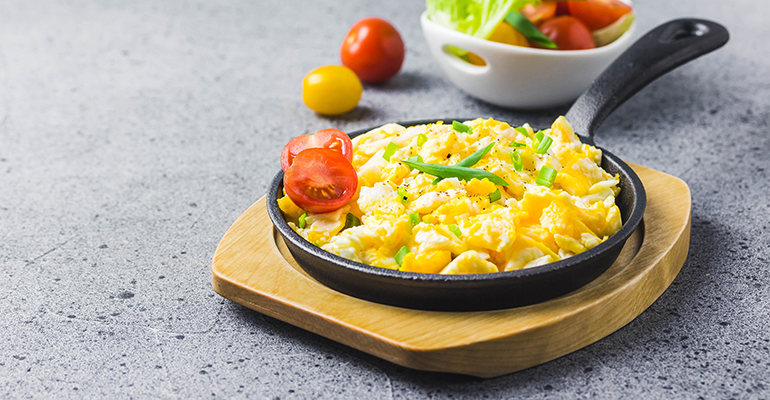 This alone means some manufacturers are looking for egg-free options.

“Today there is an increasing demand for vegan pastry, because people want to go for a more sustainable and respectful food diet,” said co-founder Anne Vincent. “More and more people want to decrease their consumption of animal products and eat a more plant-based diet for the planet, health, and animal welfare reasons. In the case of eggs, there are also a lot of people allergic to eggs, especially among kids.”

The start-up tested several proteins before deciding on potato protein, which offered the best functionality as well as being allergen-free and of European origin, Vincent said. Yumgo’s substitute is made with water, potato protein, acacia fibre, flax fibre, xanthan gum as a stabiliser, and salt, with one litre equivalent to 32 egg whites.

“The challenge was to be able to reproduce the technical properties of the egg white - foaming, coagulation, emulsifying -  and at the same time to have an ingredient that could be used like egg [with] the same quantity in the same recipe,” Vincent told Fi Global Insights. “It was also very important for us to have a tasty result, and of course to have the shortest list of plant-based and natural ingredients. The combination of all these criteria made the challenge more difficult, and also more exciting.”

The start-up is in the process of scaling up production capacity of Yumgo Blanc while developing an egg yolk substitute, Yumgo Jaune, and whole egg replacement Yumgo entier, both of which should be on the market by the end of the year.

Seaweed is another ingredient attracting the attention of food formulators thanks to its functional properties.

Alvyn Severien is co-founder and CEO of algae-based ingredient supplier Algama and co-founder of the consumer-facing brand, The Good Spoon, which makes egg-free mayonnaise with algae. Several years ago, it divested The Good Spoon to focus on algae R&D.

“We are innovators, we want to create new products and technology and we don’t want to be constrained with just one vertical. The best way to do that was to focus on the [Algama] platform to deliver algae innovation to other companies,” he said. “We basically saw that we can find all the functionality of eggs in certain types of algae.”

If you can’t beat them, join them

Just as meat producers have investing in plant-based meat alternatives, such as Tyson Foods in the US with its vegan range, Raised & Rooted, or German poultry giant Weisenhof, which partnered to bring Beyond Meat to Europe, some egg producers are eying the plant-based category with interest.

Last year, one of Brazil's biggest egg producers, Grupo Mantiqueira, launched called N.Ovo, an egg substitute for baked goods made with pea starch, pea protein and whole ground linseed. It said it saw the vegan product as a complement to its conventional egg portfolio, rather than a rival.

Although N.Ovo is in powder form, Mantiqueira packages it in a conventional cardboard egg carton and is currently developing an 'everyday egg' substitute that can be used to make scrambled eggs and omelettes.

According to Bechtold from ProVeg International, there is a clear need for this kind of ‘everyday egg’ substitute.

“Our survey also found that consumers would like to see more standalone egg products. There are very few standalone egg alternatives on the market, far fewer than egg replacements for baking,” he said.

The key to successfully creating such a product, according to Severien of Algama, is developing like-for-like replacements both for manufacturers and consumers.

“In the mind of consumers, an egg is not a powder so it can’t be replaced with a powder […] to make plant-based scrambled eggs or an omelette. For companies, it depends on what they are used to having. Powdered egg might be easier because there’s less volume and it could be cheaper, but some would like to have liquid because liqui­d eggs are still a large part of the market.”