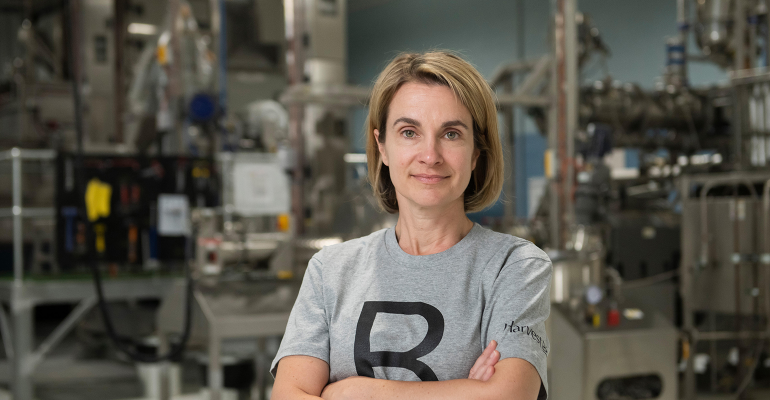 Australian startup Harvest B blends bases such as wheat and soy to create a functional plant-based ingredient that does not require secondary ingredients such as binders and fat, resulting in a less processed product, it says.

Co-founded by Kristi Riordan and Alfred Lo, the Australian company collaborates with producers to consider which proteins can form the foundation for plant-based meat products. Harvest B then works with plant-based meat manufacturers to create recipes featuring these new plant proteins using low moisture extrusion as the core processing technology.

In January 2023, Harvest B will open its research and development (R&D) and pilot production facility, Harvest B Foundry, in Western Sydney, Australia. Following its launch, it will bring its initial product range to market and support food manufacturers and brands grow their offerings.

The company’s initial production capacity will serve the local Australian market. However, it plans to expand its range into new products and proteins and partner to take its technology and products into new markets.

For plant-based meat to enter the mainstream, Harvest B believes we need to move beyond processed formed meats like burgers and sausages and offer great tasting, affordable and nutritious options in everyday meal occasions. “We’re seeing these products lose shelf space because they aren’t meeting mainstream consumer expectations on quality or health,” Riordan adds.

Affordability is also a key issue. “Most of these commonly found plant-based meats available today are still selling at two to four times the cost of animal proteins, and not what people want to eat every day,” says Riordan. Cost in the current economy continues to be a significant factor in any choice of protein. Harvest B has formulated its newest range, made using a blend of wheat and soy, without the need to add secondary ingredients like binding and fat systems, which removes manufacturing steps and additional material costs.

Over the past five to ten years, many plant-based types of meat have been made using soy protein alone. While soy is a plant protein that offers a compelling amino acid profile and is a low-cost plant protein used in plant-based meat, it often leaves a strong aftertaste and has textural limitations, Riordan says.

Tapping into Australia’s rich domestic plant varieties, Harvest B spotted an opportunity in wheat. Australia is one of the largest producers of wheat in the world. Due to its production volume, Harvest B can work with a local supply chain to reduce costs and lead times and achieve unique textural protein blends.

“Due to this, it is likely that wheat and soy will continue to dominate the base protein source for plant-based meats for the next decade,” says Riordan.

From first to second-generation ingredients

The co-founders became aware of the impact meat has on the environment. Livestock production causes 15% of all global greenhouse gas emissions, which the co-founders say, is second only to energy, and more than all transport combined. “Being in Australia, we’re in a unique position to create a more sustainable global food system given the depth and history of agriculture here and its proximity to the largest population growth region across Asia-Pacific,” says Kristi Riordan, CEO and co-founder of Harvest B.

Speaking with people across the food ecosystem, the co-founders identified two big problems with the current range of plant proteins available to manufacturers. Firstly, the duo found these were first-generation ingredients and not designed for making plant-based meat. “They weren’t very cheap, were never easy to use and rarely achieved a good meat-like texture,” says Riordan.

The ingredients required complex processing steps with many additives. “This is why we see those long ingredient lists making people question whether plant-based meats are actually healthy for them,” she adds.

Second, they discovered these plant proteins were often shipped around the world up to four times before they finally landed on a consumer’s plate. “A poor experience with little sustainability is a classic sign of a first-generation technology, good enough to disrupt but not good enough to keep going.”.

Harvest B initiated its R&D process by focusing on where it sees the most significant opportunity to improve its customer’s product experience while reducing costs. “Taste and texture on the plate is our objective and cost is our constraint." 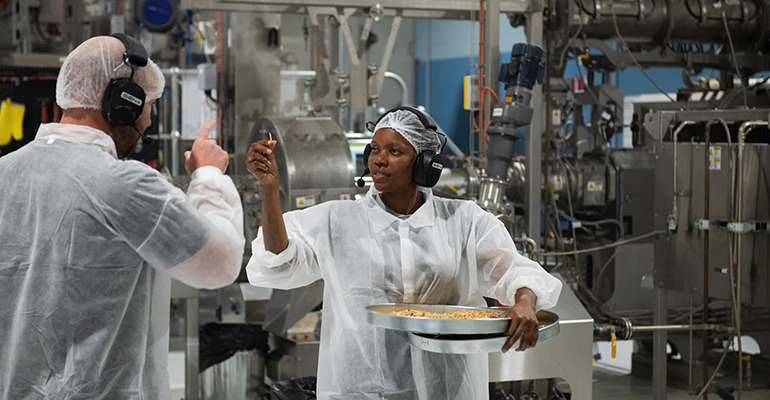 The company’s process involves low moisture extrusion (LME) that uses a data-driven R&D approach. LME, which refers to the amount of water used to process ingredients, uses 50% less water. The method is becoming a popular method in plant-based production, providing environmental and economic benefits. “We believe LME is going to be the mainstay of plant-based meat for the next decade given the cost benefits in production and supply chain,” says Riordan.

Characterising plant protein attributes and processing conditions allows Harvest B to make a broader range of proteins that optimise texture and neutral taste for different downstream applications. “Often first-generation ingredients are made to value-add a commodity from the field rather than design as a product to solve a downstream problem,” the co-founder says.

Questions remain, however, over their mainstream market appeal. Each plant protein has to be evaluated for commercial availability, cost per kilogram of protein, functionality and nutritional value.

By blending two or more proteins, manufacturers such as Harvest B can achieve specific protein quality and content, flavour, texture or mouthfeel objectives for a particular cultural region and consumer preference within a specific cost target. “This is where the future of ingredient development lies.”