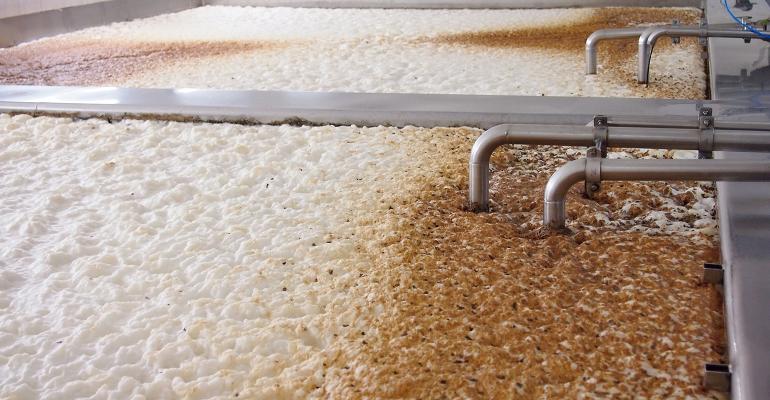 As consumer expectations rise, plant-based brands are turning to traditional and biomass fermentation techniques to match the taste, texture and nutritional profile of meat and dairy.

“Combining the indigenous wisdom of traditional food fermentation, the lessons of scale learned from biofuels, the precision pioneered by biopharmaceuticals, and the breakout success of the plant-based meat industry, fermentation has emerged as a powerful technological platform for taking alternative protein products to the next level,” it wrote in a recent State of the Industry Report.

Last year, the World Economic Forum also highlighted fermentation as a promising area for global innovation, saying it presented “an opportunity to fundamentally change the way the world eats and improve global human and environmental health and the economy”.

Traditional fermentation involves using intact live microorganisms to process plant-derived ingredients, resulting in products that have a different flavour, texture, and nutrients. Cheese and beer are obvious traditional examples but the process can also be used to make meat and dairy alternatives, and there are a number of start-ups leveraging traditional fermentation to improve the sensory aspects of plant proteins.

US company Prime Roots uses koji, a filamentous fungus – traditionally used in Japan to produce sake, miso and soy sauce – to make its meat-free range that includes bacon, sausage and chicken.  The company describes koji as a whole food fungus that releases certain proteins and carbohydrates during the fermentation process, creating the umami flavour notes that make it ideal for meat alternatives.

Israel’s Chunk Foods ferments plant proteins such as soy using cultures to produce ‘whole cut’ pieces of meat, such as steak. Both Chunk Foods and Prime Roots highlight the fact that their protein bases are made from gently fermented plant proteins as opposed to ‘ultra-processed’ protein isolates or concentrates.

“[One thing] that really differentiates us is the label,” Chunk Foods’ founder and CEO Amos Golan told Fi Global Insights recently. “We have a very clean label with very few ingredients […] and without methyl cellulose, gums, stabilisers, and other ingredients that consumers are increasingly wary of. We use primary ingredients that are improved through our fermentation process.” 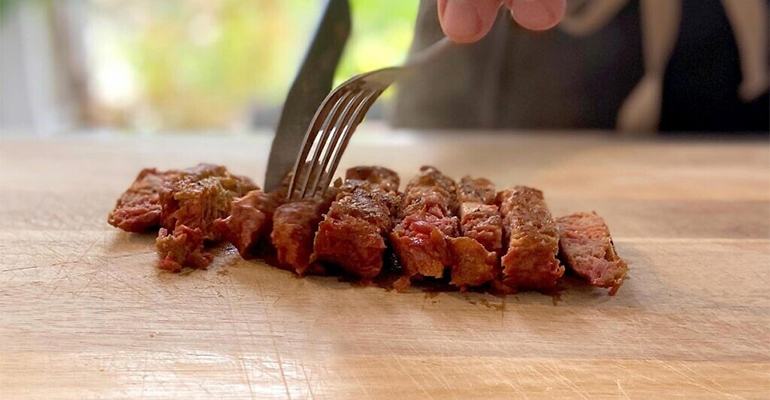 Although traditional fermentation has been used for thousands of years, modern scientists are still interested in deepening their understanding and improving techniques. Recently, Danish scientists from the University of Copenhagen won DKK 56 million (€7.5m) for a six-year research project that will study how fermentation can improve plant proteins for food.

Dubbed PROFERMENT, the project will focus on a combination of Bacillus bacteria and different moulds to ferment yellow peas and oats. The aim is to create plant-based proteins that are a genuine alternative to animal protein from a taste, texture and health perspective.

“You could say that the plants have made their proteins for a rainy day or for when they need to germinate,” said Dennis Sandris Nielsen, professor at the University of Copenhagen’s department of food science and lead researcher. “They are packed well and truly into the plant, and this is where Bacillus, in combination with the moulds, come into the picture as tools to increase digestibility and the content of essential amino acids.”

Another field of fermentation that is already delivering next-generation meat and dairy alternatives is biomass fermentation. This uses fast-growing, high-protein microorganisms to produce large quantities of protein in bioreactors. The high-protein biomass itself is the ingredient that can be used in final products.

The fungal ingredient, which it calls Fy, contains 50% protein with all twenty amino acids (including the nine essential ones) as well as 30% fibre. Nature’s Fynd launched its first products in February this year – dairy free cream cheese and meatless burger patties – both of which are made with Fy.

Meanwhile, in Europe, Dutch start-up The Protein Brewery makes a high-protein, high-fibre fungi called Fermotein. The company, which recently raised €22 million in a series A investment round, has not revealed the fungal species that constitutes Fermotein but said it screened thousands of microorganisms before finding the right one.

“Providing food for a population of 10 billion people by 2050 demands alternative scenarios,” said Wim de Laat, founder of The Protein Brewery. “By continuously driving new technologies we are able to face such challenges. It is an important driver in our mission to contribute to a more sustainable world, developing novel ways of producing food proteins using fermentation technologies.”

The Protein Brewery describes Fermotein as a “simple wholesome ingredient” containing only brewed fibrous protein that has been washed, filtered and dried without any further processing or chemical treatment.

On track for receiving regulatory approval for the US in 2021 and the EU in 2022, the company will supply Fermotein in both a wet ‘cake’ format and dry powder form. The wet product can be used in meat alternatives while the dried ingredient is best for products such as pasta, baked goods, protein bars, shakes, chocolate and ice cream.

Beyond protein, fermentation techniques are also being leveraged to make clean label alternatives to meat as a flavour enhancer.

While most players in the meat replacement category have focused on imitating whole cuts and ground meat, up to 30% of the meat produced globally is added to prepared foods such as soups, stews, casseroles and other dishes to add a meaty flavour, according to Israeli company The Mediterranean Food Lab.

It wants to produce functional and flavourful plant-based alternatives to compete with this 30%. The Mediterranean Food Lab ferments plant-based ingredients to create hundreds of

The company uses familiar ingredients, such as grains, legumes and vegetables, that it ferments in three ways – traditional, multi-phase and solid-state – , resulting in meaty, umami-rich and clean label flavour and aroma compounds that plant-based brands can use to improve the taste of their products.