Spotlight on the future of plant-based meat 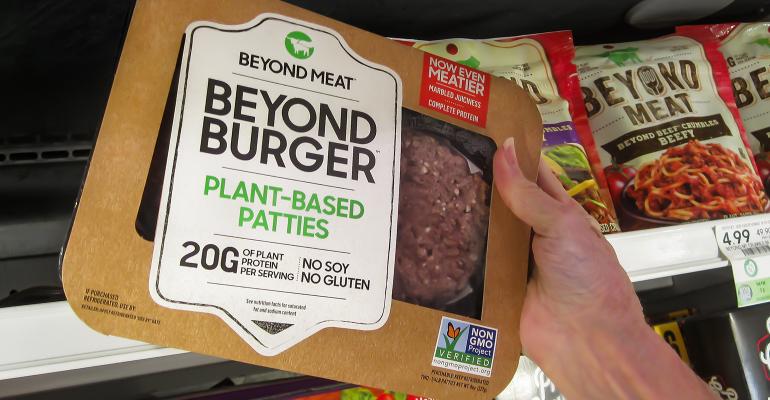 Valuations of meat alternative companies have been dropping, and there is still work to do to convince flexitarian consumers to buy plant-based products in the longer term. What does the future hold for plant-based meat?

Speaking during a recent webinar hosted by The Food Institute, Darren Seifer, Executive Director of The NPD Group, said it was important to consider plant-based meat in context, as consumers still eat far more animal protein than plant alternatives. About 89% of those who use alternatives do not consider themselves vegetarian or vegan, according to NPD figures.

“This is not about a rejection of traditional meat or traditional dairy,” said Seifer. “…What we eat and drink is very habitual, and it’s culturally based too. We should be very patient as new entrants come into the market. But the story here is that while small, the alternative portions of the market are the ones that are showing growth.”

Indeed, the market researcher has said it expects sales of both meat and dairy alternatives to continue to grow through to the end of 2024, driven by concerns about health, sustainability and animal welfare.

That said, category pioneers have seen sales stabilise or even decline. Most recently, Beyond Meat reported a 19.5% year-on-year drop in US retail sales during 2021, and despite a 22.6% increase in international sales, the company’s net revenues were down 1.2% overall. Fellow faux meat firm Impossible Foods does not publish sales figures, but several analysts have suggested valuations in the sector as a whole are wildly inflated.

“We have had very good growth up until this point, but there are true barriers that are getting in the way of more ubiquitous adoption of this category,” said Nik Modi, Managing Director at RBC Capital Markets, speaking during the same Food Institute webinar.

According to RBC research, the biggest sticking points for consumers are taste, price and texture, while the main reasons people gave for not buying plant-based alternatives included preferring to eat meat (55%), expense (50%), others in the household preferring not to eat them (34%), and the perception that meat alternatives were too processed (31%).

“In some of the plant-based meat categories, price gaps have been a real issue and that has slowed adoption,” said Modi, although he added that there were different dynamics depending on the category, with some dairy alternative brands growing quickly despite higher pricing. 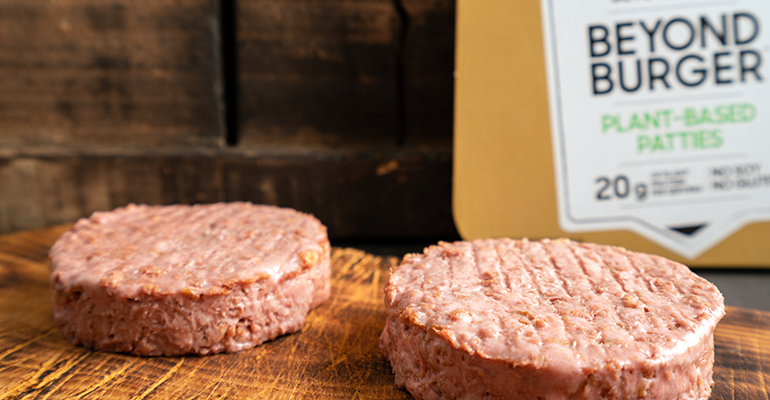 Meanwhile, the world’s biggest food and beverage brands have been eager to invest in the plant-based trend. Danone said in 2020 that it intended to increase its investment in the plant-based sector from about €2bn in 2019 to €5bn by 2025, for example, while Kellogg’s has invested in plant-based meat alternatives, with its Morning Star and Incogmeato brands.

“Big investments are happening by the large companies, which is only going to help the category’s penetration with households,” Modi said.

Acquisitions have become a popular route for big food companies to enter the category, and examples include Danone’s buying WhiteWave Foods, Nestlé’s purchase of Sweet Earth, Unilever’s acquisition of The Vegetarian Butcher and ConAgra’s buyout of Gardein.

According to RBC figures, more than half of $6bn of disclosed investments in meat and dairy alternatives from 2010 to 2020 happened in 2020.

“Investments in plant-based continue to grow, and this is only what has been disclosed,” Modi said. “There’s a lot more going on behind the scenes.”

As well as acquisitions, minority investments also have become a popular strategy for larger companies to enter the plant-based meat market, perhaps with the long-term potential to turn into majority stakes over time.

However, performance has not always tracked growing consumer interest in meat alternatives and ongoing investment.

“The expectations of these companies were set really high, to have a lot of growth really fast,” said Seifer. “…We don’t change our behaviours very quickly in this industry. They change, but you just need to have a longer term view for it. You open up any trade magazine, even TV segments talk about plant-based all the time, but it takes a while for things to change.”

“It takes time for consumers to change their behaviour. I think that’s what a lot of these companies are running into.”

Nevertheless, Modi said RBC expects to see good growth in the long term, from about 10% per annum in 2025 falling to about 3% per annum by 2055.

“We have seen valuations come off quite a bit for many of these companies so they are not as inflated as they were in the last 12 to 18 months,” he said. “I think there is some value out there but I think companies are going to approach with caution because they don’t want to get blown up and buy something at its peak, because that’s certainly something we have seen happen quite consistently over the past couple of years.”

He added that companies increasingly are taking a programmatic approach to M&A, taking successive smaller stakes over time as they get to know a brand.

“I think this programmatic approach allows companies that are buying others to really understand what is happening with the business over the course of time, so when they actually acquire it and bring it in-house, they know exactly what they need to do,” he said.