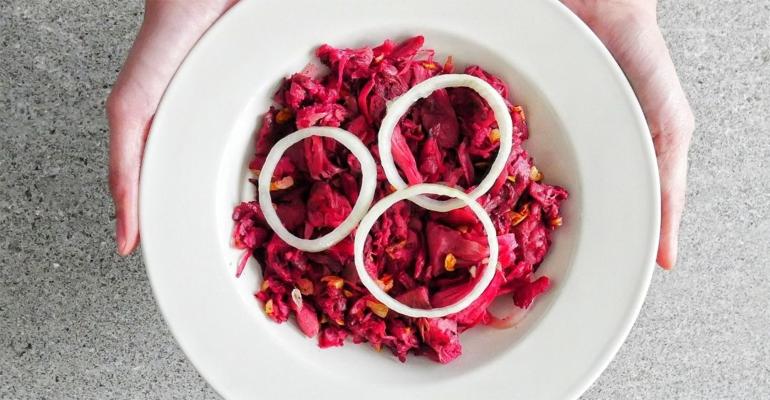 WTH Foods was co-founded by Stephen Michael Co in 2019. Co had previous experience in the food and drink industry – he created and managed Nipa Brew Craft Beverages – but growing awareness of the plant-based market potential convinced him to change sectors.

“I thought, there are unexplored and underutilised crops that could be good sources of protein in the Philippines. So, in 2019, my team and I went out to do that: look for crops that we could use for protein, specifically local crops like mung bean or jackfruit for texture and we are now exploring the use of microalgae,” Co said.

The Manila-headquartered start-up bootstrapped initial operations but last year, it joined the second Singapore cohort of Big Idea Ventures accelerator and this month (May 2021), it raised US$1 million in a seed round. This investment will go towards scaling up production and investigating novel sources of protein, such as microalgae.

“We are very much a food innovation team, looking for alternative sources of protein and we have a soft partnership with a local microalgae company that uses the products for fish feed. We are exploring […] using them for protein for humans and plan to work with noble strains that are locally available,” Co said.

Developing products with flavours and formats that appeal to local taste and cooking preferences is crucial to commercial success, Co said. While Filipinos may enjoy ordering a hamburger or hot dog at a restaurant, these are not typical dishes that most people would prepare at home. It ensures its products can be easily used in traditional Filipino dishes, recommending that its vegan shredded meat, for instance, is used in dishes such as palabok, pancit guisado, tofu sisig, and fried rice.

“Meat alternatives are not very popular yet in the Philippines,” said Co. “Our business thesis is, in order to go mainstream, we have to attack taste, price, and convenience. We see value in localising taste and texture for our market. When we started, I tried Beyond Meat, the Impossible Burger, Quorn and other alternative brands and they are great, but they’re not very suited for the Southeast Asian palate. We are trying to market products that more nutritious but still capture the Filipino taste [that is] a mix of salty, sweet and spicy.”

WTH Foods’ best-selling product shows the importance of knowing local culinary preferences before launching a product. Corned beef would probably be the last meat product a Western food brand would consider launching but it is a hugely popular breakfast and snack food in the Philippines, and is in fact WTH Foods’ most popular product.

Its vegan corned beef is made from jackfruit, texturized soy protein, and hydrolized vegetable protein, flavoured with salt, pepper, onion and garlic. It also has added vitamin B12 and red colouring to mimic the nutritional profile and appearance of the traditional product. 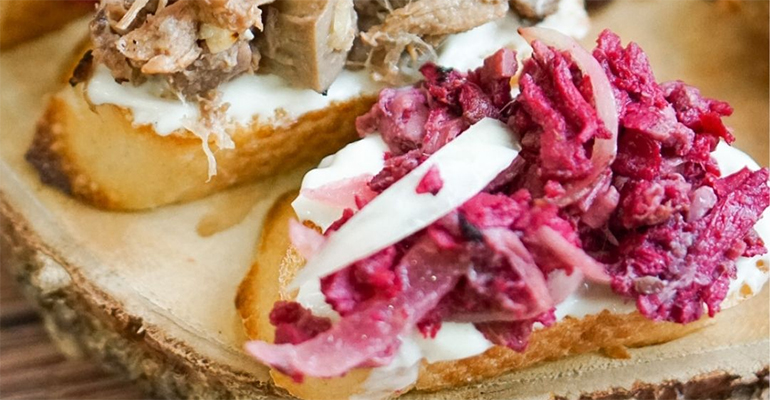 Currently, around half of WTH Foods’ comes from sales via its own B2C e-commerce site while the remaining half is from sales in around 60 stores spread across 10 major cities in the Philippines.

It is currently producing around 500 kilos of product a month but is looking to scale this up. Finding the right contract manufacturer is proving to be challenging, however, and it may consider building its own facility, Co explained.

“Mung and soy and jackfruit are well known in the Philippines and are everyday crops but processing them into meat alternatives is a different thing. So, one of our intellectual property and trade secrets is the technique of blending and processing them into the textures we want to achieve.”

Scaling up production in order to bring the price down will also be crucial for the company going forward. Its vegan corned beef, for instance, costs ₱250 or just over US$5, while traditional canned corned beef costs around 50 US cents.

“The Philippines is still a developing country and I guess demand for animal meat is still rising more than demand for plant-based meat,” said Co. “Filipinos who are richer are demanding more meat products – pork, chicken, and beef – and so it’s a challenge for us.

“It’s a question of whether we can take on some of that rising demand so we really attempt to replace meat cravings. It’s a long-term goal […] and I think the potential is there to explore local, sustainable sources of protein here in Southeast Asia and the Philippines. We are also open to exporting these products but we understand that getting our products to mainstream locally or in emerging countries of Southeast Asia is still a price game.”