Biosynthesizing food ingredients is both scalable and sustainable 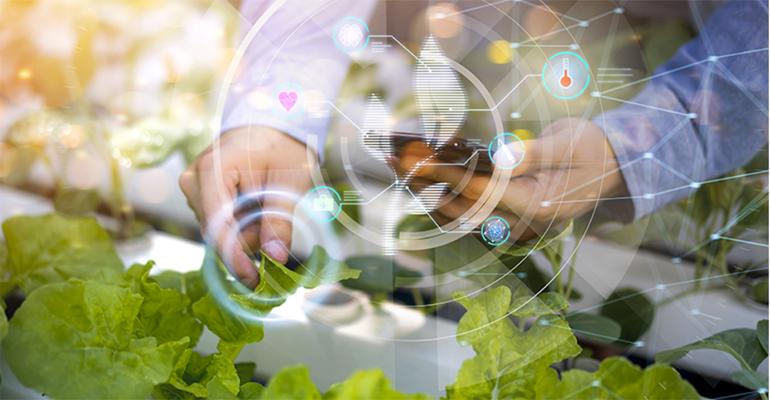 Abolis uses biosynthesis to produce high-value food ingredients in a way that is scalable, sustainable, and local.

Food brands are increasingly looking for more sustainable ways to source ingredients and manufacture their products – and with good reason. A United Nations-backed study published this month estimated that over one-third of global, human-generated greenhouse gas emissions can be attributed to the way our food is produced, processed and packaged.

From plant-based foods to upcycled ingredients or from recyclable packaging to regenerative agriculture, there are many ways food producers can reduce their impact on the environment. Biosynthesis, also known as synthetic biology or precision fermentation, is increasingly attracting interest – and investors’ dollars – as a way to scale up sustainability within the ingredient supply chain.

Companies working in this emerging space include Perfect Day, which is brewing dairy proteins without cows, and C16 Biosciences, which makes palm oil without oil palms.

Abolis Biotechnologies is a Parisian ‘synbio’ start-up founded in 2014 by chemist and biologist Cyrille Pauthenier, its CEO. Abolis genetically engineers new microbial strains and uses them as ‘cell factories’ to produce high-value molecules for the food, nutrition, cosmetic, and pharmaceutical industries.

Describing its method as ‘using biology to accelerate the ecological transition of the chemical industry’, the company is currently working on producing flavonoids, polyphenols, and the plant-based stilbenoid sweeteners, phloretin and trilobatin.

Abolis argues that biosynthesis is superior to both chemical synthesis and natural extraction from a sustainability point of view.

“If you take chemical synthesis, you are taking fossil [fuels] typically and converting them at a high scale into something that’s very efficient. But you may argue you shouldn’t base your value chain on fossil fuels or oil all the time.

“On the other hand, you have natural extraction; but what if that plant is not available in a high quantity, or what if it is only available in remote locations, and what if you need to cut down the rainforest in southeast Asia or Brazil to do it? Natural extraction is not necessarily sustainable for nature.

“Biosynthesis sits in the middle,” Martinelli said. “It hopefully has the scalability of chemistry but, at the same time, sustainability." 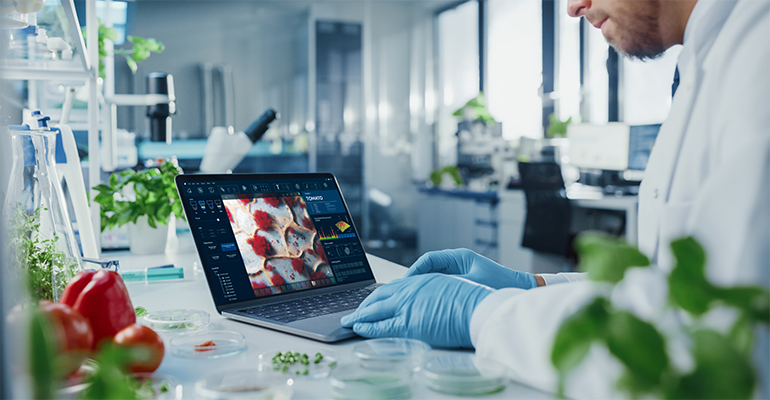 So, how does it actually work? Abolis starts by studying the molecular composition of the target mixture and mapping out the natural biodiversity – extracts, enzymes, and genes – that express ingredients close to the molecules of interest, Martinelli explained. It then studies the “fine print” of the metabolic networks involved in producing the target ingredients and, finally, uses gene edited microbial strains to produce high quantities of the target molecule by giving them a simple feedstock, such as sugar.

“[With biosynthesis], you give sugar to microbes and they make the product you told them to do. The intelligent or artificial aspect of this is instructing the microbes to make something useful [by] simply eating the sugars. In that way the product is sustainable because it is bio-based and scalable, it doesn’t impact on land. So, we believe we are delivering processes which are highly sustainable and have the best of both worlds, chemical synthesis and natural extraction.”

Abolis uses both bacteria and yeast to biosynthesize its target molecules – the common yeast Saccharomyces cerevisiae is its favourite work-horse, Martinelli said – but it also has a proprietary collection of lesser-known strains.

Much of the company’s work is done in silico, using computers, robotic platforms and artificial intelligence that help it speed up, standardize, predict and learn but it also has a team of scientists working in the laboratory.

“We like to see our advanced tools at the service of smart biologists and engineers,” said Martinelli.

“We are not a pure, high throughput, big data company but we like to take best of two worlds – robotics and big data plus smart people with smart ideas – to crack these problems. A holistic approach is needed.”

The start-up, which counts mid- to large-sized companies based in Europe among its clients, does not manufacture the ingredients itself but helps ingredient suppliers integrate novel manufacturing processes in their factories. The logistical disruptions triggered by COVID-19 last year in 2020 led to an increase in interest in procuring ingredients produced via synthetic biology, Martinelli said, as it means manufacturers can shorten their supply chains and produce locally.

“We serve ingredient and fragrance companies by helping them to make what they wish to make. That’s our key differentiator, and the second differentiator is we love complexity. We are well-equipped to deal with complex molecules – ingredients are molecules – and the more complex they are in terms of chemistry and biochemistry, the happier our people tend to be.”

It is not currently engaging with regulatory bodies, such as the European Food Safety Authority (EFSA) for approval but Martinelli believes the biosynthesis production process has neither a regulatory advantage or disadvantage”.

Abolis claims the ingredients it produces through microbial fermentation are identical to the naturally-sourced ones – without the downside of long, burdensome value chains. But how will consumers and regulators see such ingredients, and how should they be listed on product packaging?

“Today, Europe is in a process of understanding where it wants to go and most rules in Europe are dependent on the eventual residual presence of the microbe,” said Martinelli.

“So, if you purify the ingredient and there is no residual engineered microbe in the final product, there is no special labelling required. This is to be confirmed on case-by-case basis as it’s a very complicated field, but our prediction is that it has neither a regulatory advantage or disadvantage.”

“You can make the same case for vanillin,” he added. “Ninety percent of vanillin is made by chemical synthesis; it’s not extracted in Madagascar. Then you have naturally extracted vanilla […] and biosynthetic vanillin. Different continents and different markets have different [labelling] requirements.”