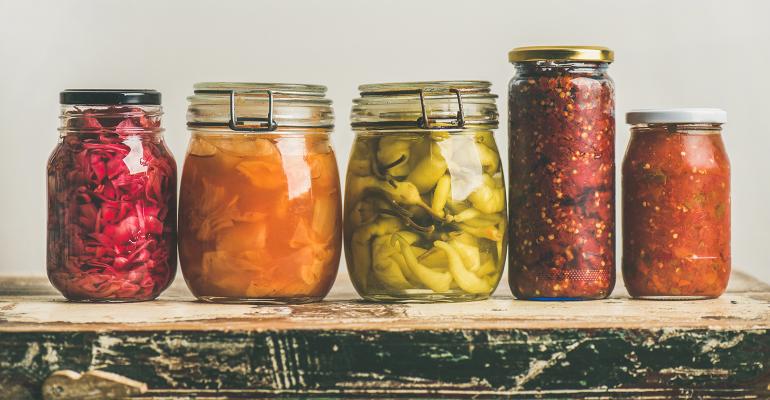 Can the trend for all natural products be taken to the next level when it comes to food processing? We talked to Professor Luc de Vuyst to identify the potential of natural processing methods, such as fermentation.

Could you explain the differences between a natural product and natural chemicals?

"Natural products are products that either occur in nature as such (think about fruits), but they can also be processed in a natural way, for example by fermentation. The production of beer is known for many years in history and it is a good example of how we produce fermented foods naturally.""When you extract certain compounds from natural sources you can call these natural chemicals. But these can also be produced synthetically by chemistry although their molecular structure is identical - that is why they are also often called ‘nature identical’. There is nothing wrong with this, they are completely the same only the source is different."

We know that artificial ingredients and additives help preserve our food for longer periods. Can this be accomplished with natural ingredients as well?

"Many of these preservatives can be indeed either produced by chemical synthesis or they can be produced by fermentation or extracted from plants. There is no difference between all those methods: the same compound can occur in a natural source or can be produced chemically, etc. The effect is exactly the same."

What is fermentation and why is it used in food processing? What can we accomplish with fermentation?

"If you look at the etymology of the word fermentation - it comes from a Latin word and actually means ‘to boil’, which indicates natural processing is taking place. Gas is being produced during alcohol fermentation (you have the conversion of sugar into ethanol and carbon dioxide), which gives this boiling or cooking effect and that is where the etymology of the word comes from.""Then there is a biochemical meaning of the word, purely biochemically seen is a kind of an anaerobic respiration and then of course, there is the general term of the word fermentation, to convert raw materials into end products for instance milk into yogurt or cheese that is done in the fermented food and beverages context."

Which method(s) would you suggest have the greatest potential for processing natural products?

What are your predictions for the F&B industry over the next 3-5 years?

"There is a focus on natural ingredients and of course extraction of these ingredients, or sourcing other naturally occurring products and raw materials, is something that for sure will be done in the near future. But I believe that fermentation and bio-transformation will get more attention as well, because it is still an unexplored field and we know the classical forms, but we can do much more.""I think also that in light of the growing world population and the need to feed all the people in the future on this planet, as well as the need for sustainable production and preservation of the natural resources of our planet, we do need to consider using genetic modification as well. This will solve a lot of problems, not only by feeding people, but also from an environmental point of view. It is also already being used in healthcare and people do not complain about that, but I do believe that this will have to be accepted in food production and if it is not, we will face many problems."