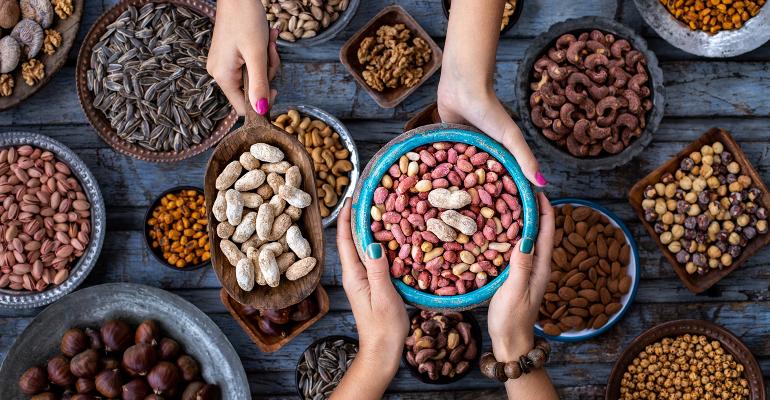 Peanuts do not feature in many plant-based product launches despite being functional, nutritious and sustainable – but one Chinese start-up is looking to change that.

For years, soy was the undisputed king of plant-based proteins and was used in most vegan products. In recent years, however, consumer demand for plant-based products in a growing range of categories, from burgers to yoghurt, has seen an explosion in finished product launches and a growing diversity of plant protein ingredients.

Pea and fava bean protein concentrate and isolate are increasingly used in meat analogues and suppliers have been quick to explore other options such as mung bean and lentil, which are both gaining traction. For plant-based dairy applications, meanwhile, nuts are often the go-to ingredient of choice as they provide a creamy texture and slightly sweet flavour. Almond milk, cashew cheese and coconut yoghurt have become becoming mainstays of the dairy alternative aisle.

Peanuts, on the other hand, do not feature as heavily in recent plant-based product launches. One company that sees potential in peanut protein, however, is Shanghai-headquartered Haofood.

The Chinese start-up uses a proprietary extrusion process to transform a peanut protein base into a plant-based alternative that it says has the taste and texture of chicken. Co-founded in Shanghai by Astrid Prajogo, Shaowei Liu, Jenny Zhu, and Kasih Che, Haofood has submitted three patents to protect its technology and was selected to take part in ProVeg Incubator’s 2021 cohort of promising vegan start-ups.

“We started with the aspiration of helping foodies reduce their meat consumption without losing the pleasure of eating the familiar dishes that they love. That’s why we are developing a plant-based chicken that is specifically designed to be cooked as Asian fried chicken.” 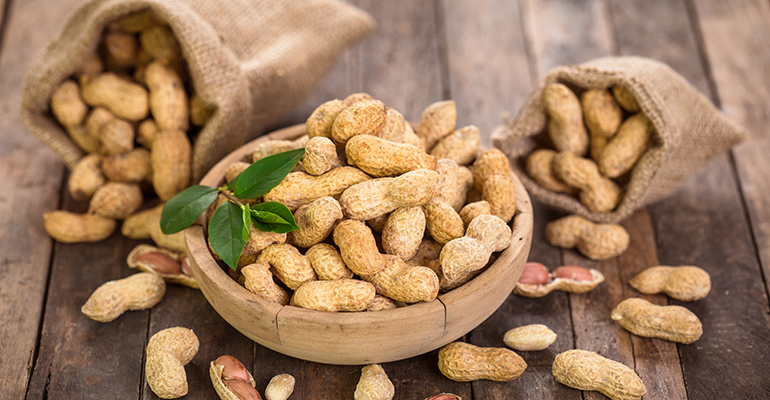 Peanuts are packed with protein – they contain 26 g of protein per 100 g – and are high in healthy fats, mostly monounsaturated and polyunsaturated fatty acids, as well as being a good source of the amino acid, arginine.

Despite their common name, peanuts – also known as groundnuts – are not actually nuts. They belong to the legume family, along with beans and soy and like other legumes, the peanut plant has an inherent ability to fix nitrogen to the soil. This nitrogen-fixing capability improves the soil fertility, meaning farmers do not need to add fertilizer to the soil, and lowers the crop’s carbon footprint.

Using peanut protein in plant-based products could also be a way of upcycling what is currently considered a by-product - defatted peanut flour – further boosting its sustainable credentials. Both peanut isolate, which has a protein content of around 80%, and peanut concentrate, which contains more than 90% protein, are typically made from defatted peanut flour that is left over from the peanut oil milling industry.

Peanut protein has attractive functional properties that make it a versatile ingredient for various food and drink matrices, according to a 2020 study published in the Journal of Food Science & Nutrition.

“In recent years, the need for less expensive proteins and the growing demand for alternatives to meat have increased interest in the potential of peanut by-products as a source of edible vegetable protein such as defatted peanut flour (DPF).

“As [with] high protein soya flour, DPF can be processed to yield meat-like products that can be used to formulate cholesterol-free vegetarian alternatives to many of the traditional meat-based food products. One way of producing meat-like products from DPF is extrusion cooking to texturize peanut proteins into fibrous meat substitutes.”

A final advantage over other plant protein sources is the affordability of groundnuts.

“Peanuts’ protein content and affordability mean a high amount of protein can be achieved in a product using a single ingredient rather than having to supplement with cheaper protein sources,” a spokesperson for the US National Peanut Board told this publication.

Regarding allergenicity, the spokesperson was not aware of a method to remove the allergen from peanut flour.

"The protein is what causes the allergic reaction, so peanut flour is more concentrated and peanut protein would be even further concentrated. "There could certainly be things that are happening to the protein as it goes through processing that make is less allergenic; however, I am not aware of those. Anyone using peanut protein (in any form), would want to make sure that testing had been done before making any claims."