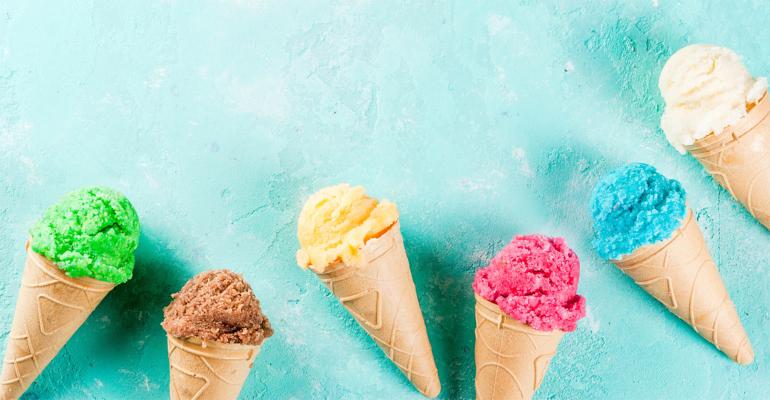 Highly nutritious with a range of functionalities, microalgae protein is an increasingly attractive ingredient for food brands to add protein, colour and texture – particularly as R&D efforts remove the fishy taste and dark green colour.

An increase in awareness of the health benefits of algae-based ingredients is the main driver that is fuelling the current trend for algae-based food and drink, according to Neha Srivastava, patent analyst for food and drink at market research company Mintel.

“The presence of essential amino acids makes algae protein superior to some other plant proteins, and this might disrupt the plant-based protein market and see the rise of algal protein as a vegan, gluten-free, soy-free, sustainable and non-GMO protein,” she says.

According to Srivastava, recent patent development in this area is focusing on techniques to remove the unappealing fishy odour and strong colour, thus widening the potential applications algae protein can be used in.

Smallfood, a Canadian company owned by Synthetic Genomics, for instance, has a patent pending for a method to produce a neutral-tasting protein-rich algal biomass. According to the patent, the algae biomass is treated in an acidic environment for 30 minutes, which improves the organoleptic properties and unpleasant smell of algae.

Its patent-protected product, chlorophyll-deficient chlorella vulgaris, is grown on glucose as a carbon-source, rather than sunlight, which naturally removes the need for the microalgae to produce chlorophyll.

“The sort of natural microalgae that you would find in water courses everywhere would ordinarily have something like 20 times more chlorophyll than something like spinach,” said chief commercial officer, Angus Keech. “If you were to try and get chlorophyll out of green algae, you would be using some sort of chemical extraction process, which is really not in line with what people expect from a natural ingredient.

“[Our process] enables our algae to be white, lime, orange, red, or another colour. The analogy we often use is, imagine a tree in autumn. When the chlorophyll is drawn out of the leaves, the colours that you then start to see are yellows, reds and orange, which are carotenoids, and they're always there. When you take out the dominant colour, which is the chlorophyll, you start to see them,” Keech told Fi Global Insights.

Algenuity’s microalgae powders have a neutral, slightly nutty, savoury flavour (they are high in glutamates) that Keech describes as being similar creamy with a hint of cashew nut. Its chlorella vulgaris provides around 40 to 50% complete protein, 30 to 40% insoluble fibre and around 5% unsaturated fat, as well as B vitamins and vitamin C, E and K, zinc and iron.

In addition to the nutritional profile and functionality – it has gelling and emulsification properties – the spectrum of colours is a selling point, the company says. Its yellow microalgae can naturally imitate the yolk of an egg in certain applications, such as quiche, while the lime green remains stable in fresh egg-free pasta. The white microalgae protein is promising for plant-based white fish fillets while the red-pink powder could provide natural colour for plant-based salmon.

Israeli biotech algae startup Yemoja, meanwhile, is developing a red microalgae-based ingredient that can mimic the blood-red juiciness of steak in plant-based meat alternatives. It combines several Porphyridium algal strains, which results in a “nutrient-packed medium” that acts as a plant-sourced heme substitute.

Yemoja’s red microalgae changes colour from red to brown during the cooking process, just like real meat, which is a benefit over conventional natural food colourings or beetroot-derived colours and its patented algae-based heme substitute also congeals like real meat juices, it says.

"We found the polysaccharides within this particular algae species express a viscosity similar to gelatine when cooked. Its natural fibre also awards an appealing crunchiness and emits an appetizing meaty aroma,” said the company’s co-founder and CTO Amikam Bar-Gil, PhD.

Operators in the microalgae space emphasise the sustainability of their production processes, especially when compared to other protein sources. Algenuity’s microalgae is grown in a closed fermentation-based process that is not dependent on yearly seasons or climatic conditions, meaning it is scalable and can be rolled out anywhere in the world.

Similarly, Small Food says its biomass fermentation process has minimal land, water, and energy requirements compared to traditional protein sources. This means it can grow and produce its product in just seven days compared to seven to nine months for other plant-based proteins such as soy, and years for beef.

Yemoja uses photobioreactor technology to grow its microalgae in vertical luminescent columns, with the factory running on recycled water and minimal energy to reduce its carbon footprint.

The sustainability story behind both macro- and microalgae is attractive to consumers, according to Carole Bingley, senior associate principal scientist at Reading Scientific Services (RSSL), although brands may need to communicate the benefits clearly to overcome perceived taste barriers.

“Algal flour has huge potential because of the fact it is very sustainable in the way it is produced. It is grown in fermenters [and] has a great story behind it as well. There may be a need to help the consumer understand what it is because algae does not necessarily sound that appealing but I see it as a really exciting ingredient to use in a wide range of products,” Bingley said.