Making food healthier: If processing is the problem, can reformulation still be the solution? 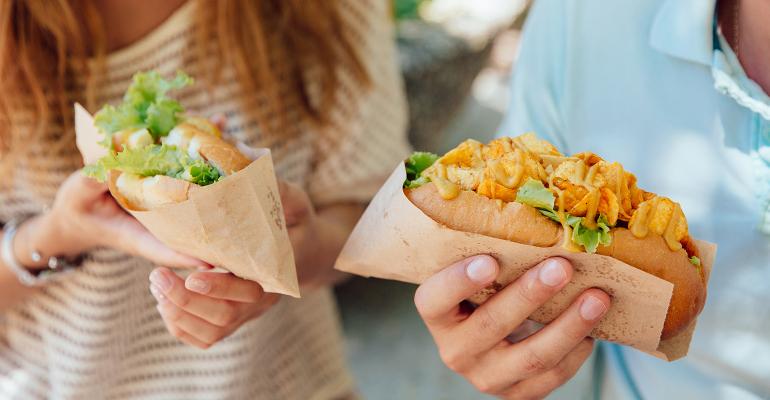 Even if a manufacturer reformulates an ultra-processed product to reduce the salt, sugar or fat content, it will probably still remain ‘ultra-processed’. What can companies do to make food healthier?

In 2009, Carlos Monteiro, professor of nutrition at the University of São Paulo devised the NOVA food system, classifying food and drink in four categories according to their level of processing, ranging from unprocessed or minimally processed products (such as dried pulses, flour, fruit and vegetables)to processed (salted meat, cheese) to ultra-processed, which includes soft drinks, confectionery, packaged breads, reconstituted meat such as hot dogs, instant soups, and industrially pre-prepared ready meals.

In addition to high levels of the ‘unholy trinity’ of sugar, salt and fat, ultra-processed foods tend to be highly palatable and energy-dense, have little fibre and contain many additives such as emulsifiers, flavours, colours and preservatives. Harsh processing techniques also strip the product’s once-whole ingredients of their healthy nutrients, as the scientists of a Kellogg-funded study into corn flakes discovered.

Recent research suggests that the problem with ultra-processed products is more than just the nutritional content. In 2019, the results of the first randomized controlled trial (RCT) to look at the effects of a diet high in ultra-processed foods were published. For the study, participants were given two types of diets over one month, one made up of unprocessed food and drink and the other ultra-processed. Although both diets were matched for total calories, energy density, macronutrients, fibre, sugars, and sodium, those on the unprocessed group lost weight while the ultra-processed diet gained almost one kilo.

Commenting on the significance of the study in The Conversation​​ Richard Hoffman, lecturer in nutritional biochemistry at the University of Hertfordshire, suggested the reason for this may be the loss of the original food matrix in ultra-processed products, which means the foods are eaten more quickly, thus reducing satiety cues and leading to an increased calorie intake.

As the global obesity crisis grows, the NOVA system is gaining traction and the message to avoid ultra-processed foods is growing louder. Today, national dietary guidelines in Brazil, Ecuador, Peru and Uruguay advise the public to limit ultra-processed foods as much as possible while the French government’s national public health and nutrition programme set the target of reducing their consumption by 20% between 2018 and 2021.

So what should processed food manufacturers do – and does reformulation still have a role to play? 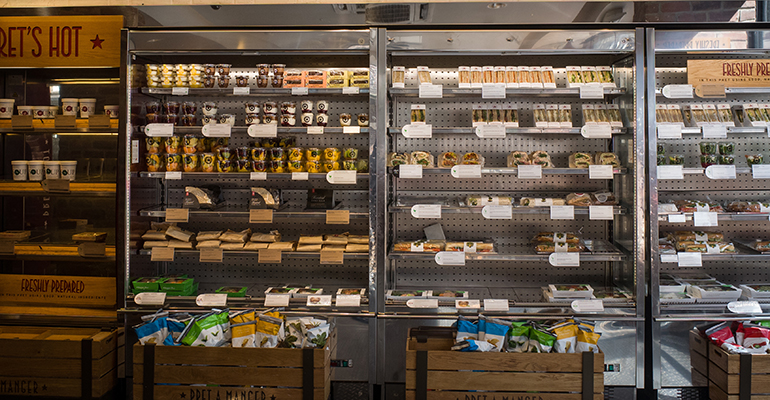 According to Carlos Monteiro, reformulating to reduce salt, sugar or fat is better than nothing – but the final product will still probably not be healthy.

“Of course, reformulated ultra-processed foods with less sodium or less sugar – [but] with no artificial sweeteners - or free from trans fats are better than the standard ultra-processed foods,” he said. “But they still tend to be unhealthy for many reasons. First, their nutrient profile is still far from being adequate. Second, they lack bioactive compounds only present in intact foods and, third, they still contain contaminants.”

Today, even products that might appear to the average grocery shopper to be relatively minimally processed are in fact ultra-processed.

Bread, for instance, is traditionally made with the kitchen cupboard ingredients, flour, yeast, water, and salt. However, many of the packaged bread products found on supermarket shelves also contain hydrogenated fat, high-fructose corn syrup, emulsifiers such as mono-, di-, and triglycerides, preservatives, flavours and colours.

How to ‘downgrade’ from ultra-processed to processed

Serge Hercberg, professor of nutrition at Sorbonne University, Paris and the creator of the front-of-pack NutriScore label, said there were many steps manufacturers could take to ‘downgrade’ their products from being ultra-processed to processed, starting with reducing the number of additives.

Although food additives are approved from a food safety standpoint by authorities such as the European Food Safety Authority (EFSA) or the Food and Drug Administration (FDA) in the US, the ‘cocktail effect’ of ingesting scores of different additives on any given day is unknown.

“There are between 600 and 700 approved food additives in Europe, but organic food manufacturers are only allowed to use 50, and they are able to make their products,” Hercberg told Fi Global Insights. “Cured meats can be made without nitrites. Choices can be made to limit the number of additives.”

Manufacturers should also look to increase the proportion of wholefood ingredients in their products.

“If we want to improve nutritional quality of surimi [crab sticks], it’s not by adding fibre but by adding more fish. We need to use ingredients rather than just additives,” Hercberg said.

Some countries have already begun to alert consumers to the presence of ingredients commonly used by manufacturers in their ‘healthy’ or ‘better-for-you’ portfolio. Since Mexico’s mandatory front-of-pack nutrition label entered into force earlier this year, for instance, sweetened products must warn parents: ‘Contains sweeteners, not suitable for children’.

Many food and drink manufacturers find themselves in a difficult situation. It is virtually impossible to turn a chocolate-covered, cream-filled wafer biscuit with a one-year shelf-life into a less processed product. Others can only be transformed if the company is willing to let its profits and competitive edge take a hit, Monteiro acknowledged.

The value of nutrition labels

This is where Hercberg sees the value in front-of-pack nutrition labels that give the public the power to make informed food choices.

Generalized dietary guidelines that recommend unprocessed foods like fruit and vegetables and front-of-pack nutrition labels are separate but synergistic tools, he said.

If it is unrealistic to expect consumers to only eat whole, unprocessed foods given the prevalence of ultra-processed packaged products on supermarket shelves, front-of-pack nutrition labels, such as NutriScore, at least allow them to select the healthiest product in a given category, he said.