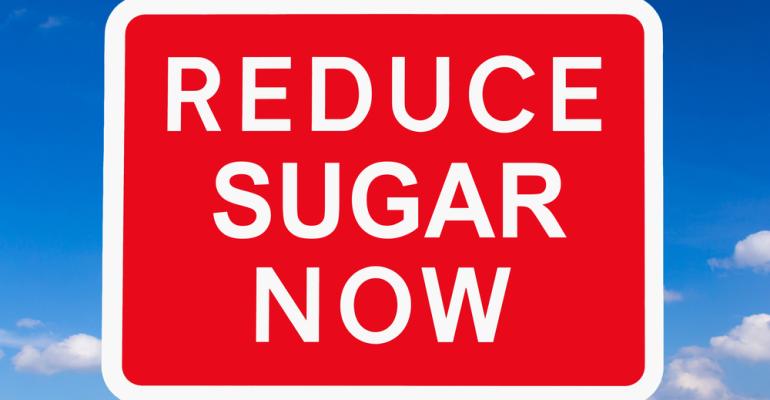 Consumers are turning away from sugar, and natural alternatives are in high demand. There are countless innovative solutions available beyond sweeteners.

Consumers are turning away from sugar, and natural alternatives are in high demand. Go-to solutions include stevia, monk fruit, polyols, and caloric options like honey and agave – but there are countless innovative solutions available beyond sweeteners themselves.

According to Mintel, added sugar has become consumers’ number one health concern, and a majority of shoppers in European markets say they look for information about added sugars on product labels.

Companies looking to launch or reformulate products in the United States have even more motivation to cut added sugars, as they will need to be highlighted on nutrition labels from July 2018.

The drive to cut sugar, from consumers and regulators alike, has led to a wave of ingenious solutions from food scientists. Food and drink companies have many natural and low-calorie avenues to explore when it comes to sugar reduction, without resorting to artificial sweeteners or alternative sugars.

Nestlé researchers, for instance, say they have developed a hollow sugar crystal that dissolves more quickly on the tongue than regular sugar, allowing a nearly identical perception of sweetness with up to 40% fewer calories. The company intends to start selling confectionery with the ingredient from next year, increasing the amount gradually to prevent any sudden change in the taste of its chocolate.

Cacao fruit pulp – formerly a waste product of chocolate production – also holds potential as a natural sweetening ingredient, according to Mintel. US smoothie maker Suavva uses cacao pulp for its sweetness as well as its tangy flavour, and has said it hopes other manufacturers will want to use it too.

“It would likely depend on how that ingredient was processed and if it is still nutritionally intact,” she said. "…Labelling of added sugar on a product will depend on the ingredients used, ingredient and product processing, and the product the ingredient is being used in.

Stevia and monk fruit are the best known naturally derived high intensity sweeteners, but there are others, including a range of ingredients extracted from West African plants and fruits, including brazzein, monellin, miraculin and thaumatin. Thaumatin can be used as a low-calorie sweetener, but its sweetness is very slow-building and lingering, so it is usually used for flavor modification, rather than as a standalone sweetener. Brazzein has a more sugar-like sweetness than thaumatin, and is complementary to stevia, offsetting its aftertaste. Miraculin is not sweet in itself, but binds to sweet taste receptors on the tongue so usually sour-tasting foods are perceived as sweet, and monellin works well with bulk sweeteners to reduce persistent sweetness. However, these ingredients come with restrictions. Some are too costly to grow and extract on a commercial scale, while others have come up against regulatory stumbling blocks in certain regions. Brazzein, monellin and miraculin are not heat-stable, meaning they can’t be used in processed foods, and monellin and miraculin are pH-dependent, meaning they lose their sweetness in certain products.

Alongside sweeteners, food companies are turning to other natural approaches to boost sweetness in sugar-reduced products. According to analysts at Leatherhead Food Research, manufacturers are looking at more creative solutions, such as using vanilla, which is associated with sweetness, but does not provide sweetness in itself, and strawberry esters and caramel flavours are being used in a similar way.

Colorado start-up, MycoTechnology, has developed a platform to remove bitter flavours associated with stevia, monk fruit and other food ingredients with bitter notes. It is a fermentation technology that uses strains of fungi that have been trained to consume molecules associated with bitterness.

But the way we perceive sweetness goes beyond taste alone. When Cadbury changed the shape of its Dairy Milk chocolate bars in 2012, it received a barrage of complaints from consumers who thought the company had changed its recipe. It hadn’t, but the new, curvy shape had changed the way people perceived its flavour.

Neuroscientist Professor Charles Spence at the University of Oxford studies how our other senses influence taste. His research suggests that rounder shapes tend to taste sweeter, while angular shapes taste bitter – which would explain the outrage from Dairy Milk consumers.

“One could imagine using shape symbolism in order to enhance sweetness or saltiness, say, when the actual formulation of various popular brands has been modified in order to meet the latest health targets,” wrote Spence and his colleagues in one such study, published in Flavour."Even featuring rounder or more angular images and symbols on product packaging could influence taste perception," he says.

Moreover, orange and red may add to sweet taste perception, while blue is associated with saltiness; colour contrast, between a plastic spoon and a yoghurt, for instance, might affect our taste perception; and the weight and colour of the packaging itself could impact how we perceive flavour intensity, creaminess and quality.

Mintel says highlighting sugar reduction front-of-pack may be a missed opportunity for food companies. Despite strong demand from consumers for products with reduced or no added sugar, the number of new products in Europe carrying such claims has hovered at around 5% since 2010, according to its database, although some countries, like the UK, have seen more activity in this area.

In dairy, differentiating between naturally occurring and added sugars could be particularly beneficial, as some consumers may be put off by the high amount of sugar that occurs naturally in dairy products. A plain yoghurt contains about 5g of sugar per 100g, but all of it is lactose.

It is also possible to enhance the sweetness in dairy without using any additional sugar or sweeteners, by manipulating the lactose. Used for decades to make lactose-free dairy products, enzyme companies are now promoting lactase for its ability to break lactose into glucose and galactose, thereby increasing its sweetness.

Another enzymatic approach to sugar reduction is to use invertase, which breaks down sucrose into glucose and fructose and works on much the same principle: splitting sugar into its individual monosaccharides enhances sweetness without increasing calories.

Consumers wising up to sugar

Some manufacturers are looking at natural alternatives to sugar, like honey, fruit juice concentrates, agave, and brown rice syrup, but consumers are wising up to sugar in all its guises. Besides, all these options can still contribute to tooth decay and expanding waistlines – and would still need to be listed as added sugars on product labels in the US.