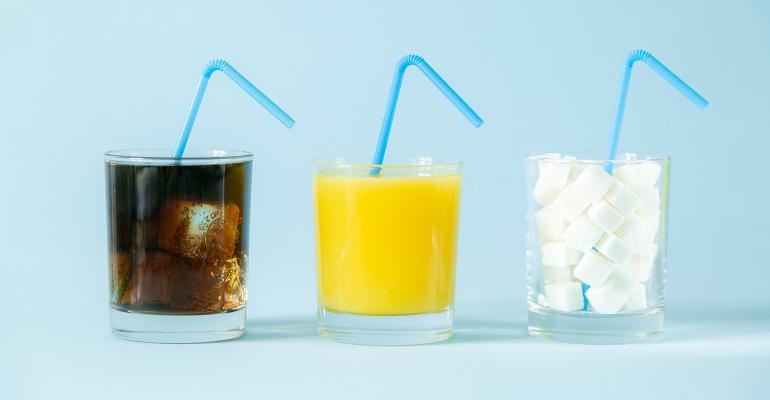 The beverage industry has been at the forefront of the sugar reduction trend, but attitudes toward sweeteners remain an important hurdle.

European soft drinks manufacturers have exceeded EU targets for sugar reduction over the past 20 years, and is the only industry sector to have done so. Beverage companies achieved a 13.3% reduction in sugars from 2000 to 2015, and the trend accelerated from 2015 to 2019, when average sugar content fell another 14.6%. This later cut responded to an EU call to reduce added sugars by 10% from 2015 to 2020.

“Our industry has been a reformulation pioneer,” said Nicholas Hodac, Director General of Soft Drinks Europe.

Alongside pressure from regulators and sugar taxes in countries like the UK, Norway and Ireland, consumer preferences also have changed in recent years, with an increasing number of consumers choosing low- or no-sugar options. Global sales of bottled water outpaced those of soft drinks by 2015, according to Canadean, and soft drink companies also now offer a broader range of less-sweet drinks, including iced teas and drinks based on botanicals.

“There has been significant progress over the past years across Europe in line with both consumers’ growing interest in choosing drinks with less sugar and public health concerns driving more demand for healthier choices,” Hodac said.

However, sweeteners are still an essential tool for reformulating some of the most popular soft drinks on the market.

According to UNESDA figures, Coca-Cola’s Sprite now contains 33% less sugar compared to 2016 across Europe, while PepsiCo has cut sugar in 7Up by 50% since 2017. In addition, several of PepsiCo’s Lipton brands contain 50% less sugar than they did in 2019 and some of the Schweppes brands have reduced sugar by over 40%. 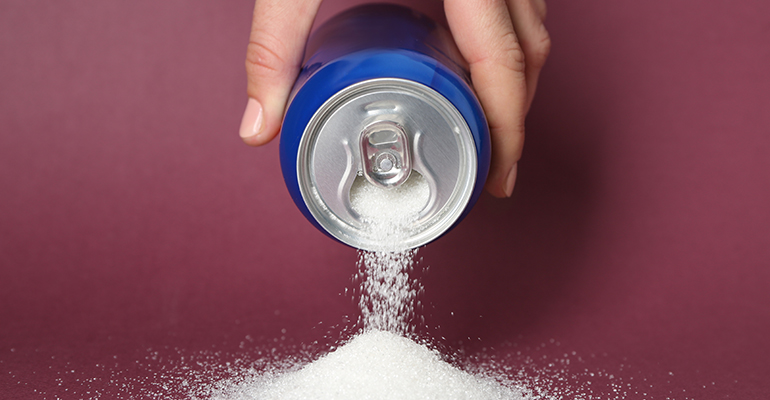 These reductions all rely on using sweeteners, ingredients that many consumers prefer to avoid.

“The only way we can reduce added sugars in our soft drinks is by replacing them with low-calorie sweeteners, which have been evaluated as safe by the European Food Safety Authority (EFSA) and authorised by the European Commission,” said Hodac. “One of the main challenges our industry is facing is the potential threat posed to the use of low-calorie sweeteners from a regulatory perspective.”

Despite regular safety reviews, trust in sweeteners is low, with 31% of global consumers saying they prefer to avoid them, according to Euromonitor International. The mistrust has been fuelled by periodic queries about their safety, including from the German Federal Institute for Risk Assessment (BfR), which raised concerns in 2019 about sucralose when heated to high temperatures, even though it admitted in its own assessment that there were “insufficient data to draw final conclusions”. Similarly, EFSA brought forward its re-evaluation of aspartame from 2020 to 2013, when it found (again) no safety concerns associated with the sweetener at current consumption levels. Aspartame has been re-evaluated six times since it was first authorised in the EU in 1994.

What next for the beverage industry?

Hodac says it hopes the European Union will do more to support its progress on sugar reduction – including by reassuring the public when it comes to sweetener safety.

“We hope and ask the EU to continue to support the use of low-calorie sweeteners and recognise their role in helping achieve the EU Farm to Fork Strategy’s goals of creating a healthier and more sustainable food and drink environment in Europe,” he said. “We also call on the EU to promote their safety and benefits to instil consumer confidence in these EFSA-approved food additives.”

In the meantime, the industry continues to respond to consumer demand for less sugar, both by cutting sugar in existing products and by offering a wider range of low- and no-sugar drinks.

“We are now going further by committing to an additional 10% reduction in average added sugars in our beverages by 2025 in the EU-27 and the UK,” Hodac said.

The introduction of a sugar tax in the UK shows the extent to which change is possible. It achieved a 40.5% reduction in all soft drinks categories from 2015 to 2020. Belgium and Spain also have exceeded European averages, reducing sugar across all soft drinks by 20% and 23% respectively.