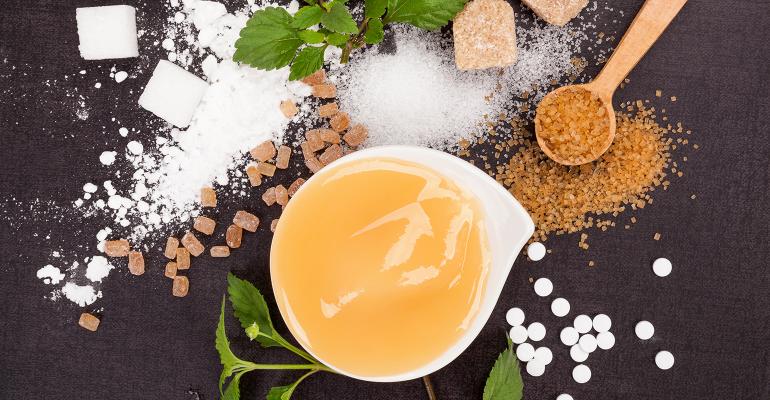 The drive to cut sugar continues to gather pace, bringing unprecedented opportunities for innovative sweetening approaches. What are the latest developments?

Added sugars labelling is now in force in the United States, and countries including the UK now charge sugar taxes, a driving factor behind an 8% jump in Western European reduced sugar beverage consumption in 2020, according to Euromonitor International.

Meanwhile, public health campaigns advise consumers to cut their sugar intake, helping shift their food and dieting priorities. In Euromonitor’s latest global Health and Nutrition Survey, 53% of participants cited sugar reduction as their chosen weight loss method. Even so, the number of products that carry a sugar-related claim is low overall – and alternative sweeteners are less popular among consumers than might be expected.

“With consumers looking for products with low sugar, driven by the association between sugar reduction and wellness, it would seem that there is a strong opportunity for high-intensity sweeteners in products where technical limitations are not present, particularly beverages,” wrote Maria Mascaraque, Global Industry Manager at Euromonitor in a recent blog post. “However, despite this, consumers are keen to avoid high-intensity sweeteners, rather than seeing them as a solution.”

“While natural sweeteners are acceptable, the new consumer ideal and perfect scenario for manufacturers seems to be to maximise the appeal of a product without using any additional sweetening ingredients,” Mascaraque wrote. “Consumers want reassurance that sweetness is derived from intrinsic ingredients as far as possible so the ‘no added sugar’ positioning is valued and increasingly embraced by manufacturers.”

So what approaches are available?

For many reduced sugar products, sweeteners are instrumental, but they are not the only solution. Flavour companies are getting on board with the trend, too, offering a range of flavours and maskers to build back the perception of sweetness and body in a product with less sugar.

Vanilla and strawberry flavours are particularly useful as they activate retronasal receptors that amplify sweet taste perception, while flavour masking ingredients also can work to rebalance any bitterness in sweet products, thereby allowing for less sugar. 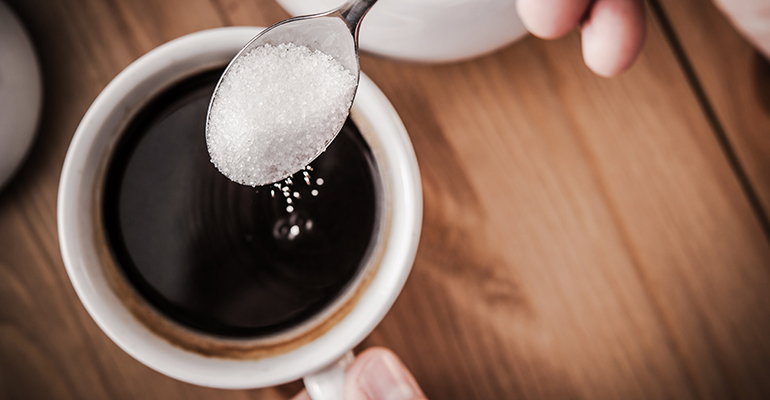 Another approach is to use sugar itself differently. Israeli company DouxMatok released its first products in the United States in April, sweetened with its Incredo Sugar, an ingredient made from 100% cane or beet sugar. The sugar molecule’s structure has been changed to allow manufacturers to use 30-50% less sugar in finished products. DouxMatok already works with bakers in Israel, and it signed its first European distribution deal for the ingredient in September this year.

The ingredient appears similar to one used by Nestlé, which developed a porous, fast-dissolving sugar to create the same sweet perception with less sugar by mass. It introduced its first chocolate bar sweetened with the hollow sugar ingredient in the UK and Ireland in 2018.

Despite consumer reticence about zero-calorie sweeteners, they still have an important role to play in many products. Stevia remains the biggest news in the sector for years, following its approval in Europe a decade ago. Globally, it is by far the most popular naturally derived sweetener, and recent developments include increased market consolidation as well as new approaches to production.

Ingredion acquired a 75% controlling stake in stevia specialist PureCircle in April 2020, and Cargill, which offers several varieties of stevia, including TruVia, partnered with DSM to form Avansya. The joint venture started commercial-scale production in 2019, bringing its EverSweet fermentation-derived stevia to market in the United States. Then in July 2021, the European Commission authorised the use of an enzymatically derived stevia sweetener from Sweegen. The company’s process allows the scale-up of the best-tasting sweet components, only found in low concentrations in the leaf itself.

Looking beyond stevia, researchers repeatedly have forecast a new generation of plant-derived sweeteners, although progress has been slow. Naturally occurring sweet proteins, such as brazzein from the oubli plant, and thaumatin from the katemfe fruit, largely have been viewed as small-scale or novelty ingredients due to difficulties scaling up production, as well as stability and taste issues. However, precision fermentation could provide an answer. At this stage, just a handful of startups and researchers is working in the space, but hopes are high that these naturally sweet proteins could be decoupled from the limitations of their botanical origins.

Magellan Life Sciences has touted its fermentation-derived brazzein capabilities for several years, but only recently completed a seed round, with key investments coming from big players including Roquette Ventures and SOSV. Unlike many other sweet proteins, brazzein is heat- and pH-stable, making it particularly interesting to the food industry.

Building on the promise of naturally occurring sweet proteins, Israeli company Amai Proteins has developed an entirely new zero-calorie sweet protein. It is not nature-identical in any way, but that is its strength – its properties are those that work best in foods and drinks. This could tackle many of the taste and functionality issues associated with natural sweeteners. The aim is to target traditionally high-sugar foods and condiments, such as ketchup and baked goods, rather than ‘diet’ foods in order to access the broadest possible market.

The company’s founder and CEO, Ilan Samish, has said the way proteins are metabolised also quells concerns about insulin response. The protein binds to sweet receptors, but is then digested in the upper gastrointestinal tract, so it has no effect on the microbiome, liver or kidneys.

These are concerns that matter to a growing number of consumers demanding low- and no-sugar options. Food and drink companies now have a broad toolbox available to tackle the challenge, whether they opt for sweeteners, re-engineered sugar, flavours, or a combination of solutions.