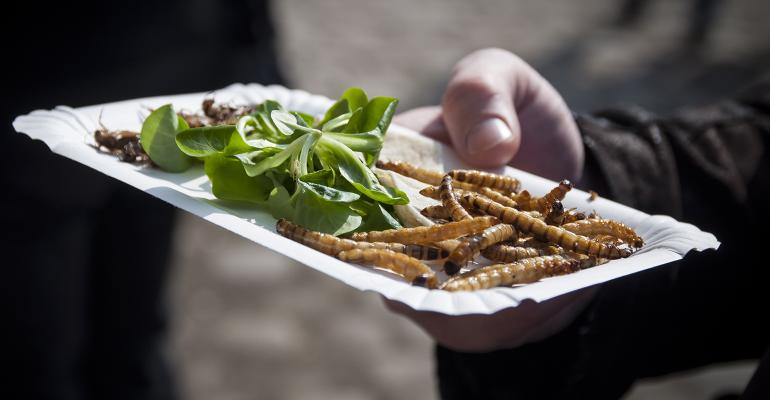 Europe’s food safety regulators have approved yellow mealworm, opening the door to new product development using this ingredient that is high in protein and healthy fats.

Scientists at the European Food Safety Authority (EFSA) have given yellow mealworm, or Tenebrio molitor larva, the green light for safety. Food manufacturers in Europe will now be able to commercialise products made from mealworm, an insect species that belongs to the family of darkling beetles.

Application based on ’10 years of R&D’

Insects are traditionally eaten in regions around the world, from Thailand to Mexico, and have attracted attention in recent years as a sustainable source of protein that could meet the needs of the planet’s burgeoning population. Growth in the European sector, however, has been held back by insects’ status as an unauthorised novel food.

The International Platform of Insects for Food and Feed (IPIFF), an umbrella organisation representing stakeholders in the European insect sector, welcomed the approval as “a major step forward for other European producers of yellow mealworm and other edible insect species for which a novel food application has been submitted”.

In its scientific opinion, the EFSA safety panel noted that yellow mealworm protein is safe to eat for the general population, apart from individuals with allergies to crustaceans and dust mites, who may experience allergic reactions.

French company Agronutris originally submitted a request for approval for yellow mealworms back in 2018, proposing to use the whole, dried insect in the form of snacks and as a food ingredient in various processed food products.

The co-founder of Agronutris, Cedric Auriol, said the application was based on 10 years of research and development, and that last week’s approval marked “a real step forward” for both the company and the wider sector.

Chemist and food scientist at EFSA Ermolaos Ververis, who coordinated the first adopted opinion on insects as novel food, explained why the scientific opinion took so long.

“Insects are complex organisms, which makes characterising the composition of insect-derived food products a challenge. Understanding their microbiology is paramount, considering also that the entire insect is consumed,” he said. “It’s challenging work because the quality and availability of data varies, and there is a lot of diversity among insect species.” 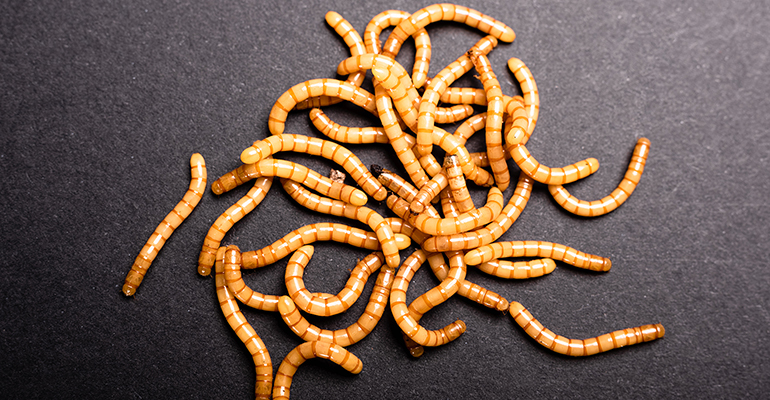 So, will this novel food approval see a flurry of new product development with manufacturers looking to launch insect foods? Researchers believe it could be beneficial in breaking stereotypes around eating insects.

Giovanni Sogari, a social and consumer researcher at the University of Parma, said:

“There are cognitive reasons derived from our social and cultural experiences, the so-called ‘yuck factor’, that make the thought of eating insects repellent to many Europeans. With time and exposure such attitudes can change.”

Global Market Insights estimates the global edible insect market was worth over $112 million in 2019 and will grow at a compound annual growth rate (CAGR) of over 47% between 2019 and 2026. It believes the market will continue to grow on the back of rising health and fitness trends, with insect protein seen as an ideal inclusion in protein bars thanks to its high-protein content and excellent amino acid profile that can be marketed as beneficial to boosting muscle growth.

High in protein, healthy fats, and fibre, yellow mealworm could make an interesting addition to food manufacturers’ toolbox. A 100 g serving provides around 58.4 g of crude protein, 27 g of fat, and 6.5 g of dietary fibre, mainly in the form of insoluble chitin.

French start-up Ÿnsect produces Molitor mealworm ingredients in vertical farms, and has identified the sports and health nutrition market as being “the most promising” for its defatted insect protein. It is just one of the companies that will benefit from EFSA’s novel food approval and says it has already signed commercial contracts in Europe, indicating the market’s confidence. It also plans to submit a GRAS (generally recognised as safe) request in the US.

Despite the fact that the EFSA approval was published recently, a number of companies have been meeting European consumer demand for edible insects for years.

Brands looking to provide consumers even greater reassurance can opt for third-party certification offered by Dusseldorf-headquartered Entotrust. It takes into account criteria such as allergens and ingredient authenticity, environmental impacts and social fairness, and the microbiological profile, and certified producers can add the Entotrust logo to their products.

French company Minus Farms certifies its products according to Entotrust’s standards, adding its seal to its portfolio of products, which includes Molitor macaroons made with almonds and mealworm powder. However, it has been waiting for the green light from Europe’s food safety regulators before placing products on the market.