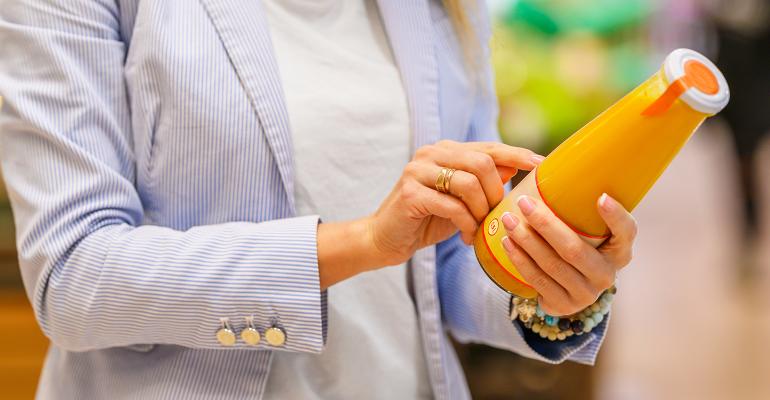 Legislation on front-of-pack labelling and nutrient profiles for health claims is expected by the end of the year – but there are still areas that need work, according to both consumer and industry groups.

The European Food Safety Authority (EFSA) closed public comments on its scientific advice for mandatory front-of-pack nutrition labelling and nutrient profiling for health claims on January 9. Its opinion sets the stage for new rules intended to restrict the use of health claims on certain foods according to their overall effect on public health. For instance, if a food is considered too high in salt, saturated fat or sugar it would not be permitted to carry a health claim.

EFSA underlined that its remit was limited to examining the nutrient value of foods in European diets, and which foods and nutrients should be encouraged or discouraged for the population as a whole, but its opinion does not propose or evaluate any specific nutrient profiling model. This is important because front-of-pack nutrition labelling has proved to be a contentious issue, as several different labelling formats are already in use across the continent.

Nutri-Score is the dominant system in countries like France and Germany, while the Nordic countries favour the Keyhole scheme and still other countries follow a traffic light approach. Some industry sectors, such as olive oil producers and juice manufacturers, have argued that at-a-glance labels can unfairly discriminate, whether colour-coded or otherwise simplified[1][2].

“Any nutrient profile model which may be developed at EU level should be based on a thorough and scientific validation of the model itself taking into account the purpose for which the model has been developed.”

She cautioned that the EFSA panel had used a database of nutrient profiles from 2012 for its scientific advice, but industry has been working to reduced salt, sugar and saturated fat in a wide range of foods and beverages over the past ten years.

“As a result of this outdated database, the intake data at country level is likely to be inaccurate,” she said.

“Evidence from research conducted in several countries shows Nutri-Score is currently the best-performing scheme in both aiding consumers to compare the nutritional quality of foods across a range of products and to make healthier purchasing choices.”

Obesity is one concern that EFSA has taken into account, as data show 50-75% of men and 35-65% of women are overweight or obese in EU Member States, depending on the country. Obesity rates are 10-30% in men and 10-35% in women, it said, citing various data sources[3]. EFSA therefore concluded that a decrease in energy consumption was desirable among European populations.

BEUC welcomes the focus on overweight and obesity, as well as the move to propose harmonised front of pack labelling, saying:

“It is clear that stronger action is required to help stem this public health crisis…Such labels, although not a panacea, have been identified by national governments and international health experts such as the World Health Organisation (WHO) as a key tool to help consumers make more informed and healthier food choices.” 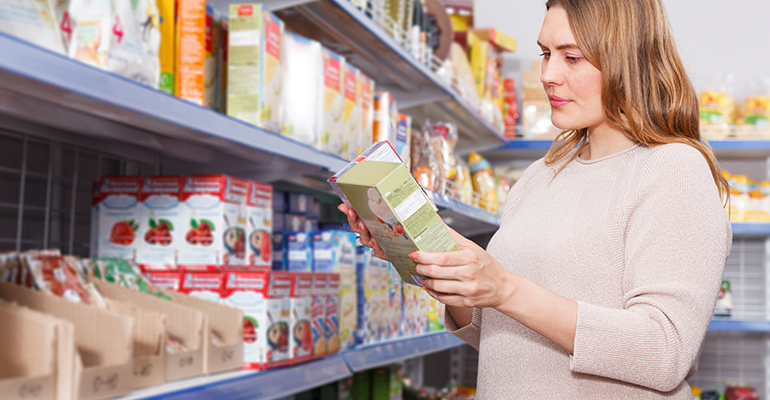 EFSA highlighted sugar, salt and saturated fat intakes as excessive among most Europeans, and important contributors to a variety of health problems. On the other hand, the draft opinion also specified fibre and potassium as elements to encourage, as intakes are generally inadequate across the region, while iodine, folate, iron, calcium and vitamin D were identified as lacking among certain sub-groups.

Lofrese added that energy balance as part of an overall healthy lifestyle should also be considered.

“When working on prevention of the causes of weight-related non-communicable diseases, it is important to bear in mind that the nutrient composition of individual foods is not the only important factor in our diets,” she said. “In fact, what matters more is the balance between the energy intake and the energy spent as part of an overall healthy lifestyle.”

When it comes to defining nutrient profiles, BEUC is in favour of restricting health claims to those foods that meet specific requirements.

“BEUC strongly supports the setting of nutrient profiles for the use of nutrition and health claims which can be a powerful influence on consumers’ purchasing choices,” it said. “The continued absence of such profiles, which were due to be set in 2009, has allowed many foods and beverages high in fats, salt and/or sugar to keep using nutrition and health claims, thereby giving a misleading perception of the overall healthiness of the products.”

EFSA also raised the possibility of encouraging certain nutrients for which cause-and-effect evidence is still lacking.

“Although the choice of nutrients and non-nutrients in a nutrient profiling model should be driven primarily by their public health importance, they may also be included for other reasons such as to prioritise some foods even when the science is not 100% clear that an increase in their consumption is needed for public health reasons. For example, risk managers may decide to include some omega-3s in nutrient profiling models to encourage fatty fish consumption in line with their dietary recommendations, even though data on intakes of these fatty acids are insufficient to conclude whether they are consumed in inadequate amounts or not.”

Siani added that the working group had also considered food groups with an important role in European diets, such as starchy foods like cereals and potatoes, fruits and vegetables, legumes and pulses, milk and dairy, meat and meat products, fish and shellfish, nuts and seeds, and non-alcoholic beverages.

For example, many countries encourage regular consumption of legumes and pulses in place of meat, particularly red meat, and of oils rich in mono- and polyunsaturated fats in place of those that are high in saturated fats.

EFSA’s final opinion is set to be published in March 2022, and the European Commission is then expected to propose legislation on the issue by the end of 2022.