Navigating a ban on plant-based names 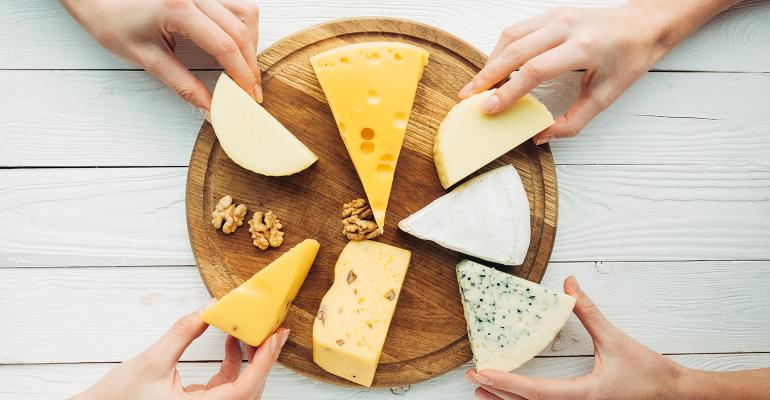 How do you sell cheese when you can’t call it cheese? A recent EU vote means plant-based manufacturers could be banned from using descriptors such as ‘yoghurt-style’ or ‘cheese substitute’. So, what options are left?

Since plant-based products exploded onto the market, companies have used traditional dairy and meat nomenclature to guide consumers as they search supermarket shelves, giving rise to products such as soy milk, vegetarian sausages and coconut yoghurt.

However, the meat and dairy industries have fought against this, arguing that consumers are being misled and that plant-based manufacturers are unfairly capitalising on the reputation and unique sensory qualities of the real deal.

Regulations have tightened in markets across the world, and many plant-based manufacturers allude to traditional names while negating them.

Chilean start-up The Not Company calls its product Not Milk. Other brands opt for small tweaks on a well-known name, such as Germany’s Mondarella, which makes almond-based mozzarella-style cheese, or Indian brand GoodMylk, which makes oat- and cashew-based drinks.

The debate is on-going, and the bans are becoming more nuanced. Manufacturers in the European Union, for instance, were already prohibited from using terms such as ‘almond milk’ and ‘vegan cheese’ but EU politicians recently voted (23 October) to expand this, adding dairy-like descriptors such as ‘yoghurt-style’ or ‘cheese substitute’ to the list of prohibited terms. The politicians did, however, vote to allow meat product nomenclature, saving plant-based companies from having to rebrand their sausage and burger patties to ‘meat-free discs’ and ‘plant-based tubes’.

“Consumers are in no way confused by a soy steak or chickpea-based sausage, so long as it is clearly labelled as vegetarian or vegan. Terms such as ‘burger’ or ‘steak’ on plant-based items simply make it much easier for consumers to know how to integrate these products within a meal,” she said.

However, Perrin added it was a pity that European politicians had approved “further unnecessary restrictions” for the naming of plant-based dairy alternatives. The regulation is not yet law – it must be approved by the European Council – and Perrin called on the Council to block the dairy ban, which had nothing to do with consumer protection, she said.

A similar debate is raging in the US where earlier this year, Virginia governor Ralph Northam vetoed a proposed bill that would restrict the term milk to ‘the lacteal secretion of a healthy hooved mammal’. Non-profit organization and animal-free campaign group, The Good Food Institute, praised the decision, saying the legislation would have forced companies to use opaque language such as ‘coconut beverage’ or ‘almond juice’. 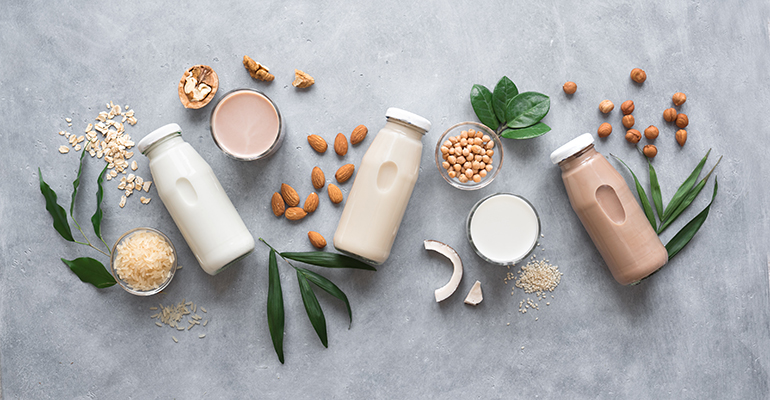 In a recent webinar, Tapping into the Plant-based Trend, Peter Wennström, founder and senior consultant at The Healthy Marketing Team, said further regulatory crackdowns on this issue would likely force brands to opt for one of two strategies. Smaller, more entrepreneurial-minded companies would come up with creative solutions for naming, branding and positioning their products, using wordplay and puns for instance, while big mass market manufacturers would probably choose to comply very closely with the rules, he said.

“As always, a ban means that innovation becomes more creative. You can see the same thing on the health ­claims side,” he said. “I think this will stimulate the industry. There’s nothing better than a little barrier!”

So, how do plant-based entrepreneurs view such regulations? Anja Leissner is co-founder and head of R&D at Swedish start-up Noquo Foods. After raising a seed round of €3.25 million, the company is gearing up to launch its flagship product, a plant-based cheese. Noquo has not communicated on how it will describe its product, but Leissner said the most important thing was consumers clearly understood how to use the product in question.

Dr Kai-Brit Bechtold, senior consumer research scientist at animal-free food awareness association ProVeg, echoed this. She added it was important to engage with consumers to see how they perceived the food and drink names being used because, ultimately, they were the ones buying the products.

Bechtold pointed to the results of a recent survey conducted by BEUC in 10 EU countries, which found that more than 68% of consumers supported names such as burger and steak for plant-based food, as long as the products were clearly labelled as plant-based or vegetarian.

A second study conducted by Forsa also found that only 4% of German consumers have bought a vegetarian product believing it to be meat-based.

“These are two important studies that clearly indicate that consumers are totally fine to have these meaty names on the product packaging,” Bechtold said.

According to Wennström, the EU vote was a good reminder that the regulations were not in the interests of the consumer but the dairy and meat industries.

“So, it’s a good opportunity to use PR to engage consumers on these ridiculous regulations,” he added.

Nevertheless, there could be limits to companies’ creativity if they find themselves unable to use traditional dairy or meat terms when describing their product, warned Albrecht Wolfmeyer, international head at ProVeg’s Berlin-based incubator.

“Many fish alternative firms, for example, are still using ‘fantasy names’ such as vuna or toona and adding descriptors on pack to inform consumers that the product ‘tastes like tuna’ or is similar to tuna. If this is not possible anymore it will be a lot more difficult. Companies can be creative, but this ban could be a real issue,” Wolfmeyer said.

It has identified different ways to increase plant-based eating in restaurants, and the findings could be relevant for consumer packaged goods (CPG) manufacturers. It found that diners are looking for an indulgent experience, and so focusing solely on the meat-free, vegan, or vegetarian aspect could actually reduce purchase intent. Communicating on provenance and flavour, however, boosted sales.

For years, major British supermarket chain Sainsbury’s offered customers at its in-store café ‘meat-free sausage & mash’. When it changed the name to ‘Cumberland-spiced veggie sausage & mash’, sales jumped an impressive 76%.  Similarly, US chain Panera changed the name of its ‘low fat vegetarian black bean soup’ to ‘Cuban black bean soup’ at some branches and saw a 13% uplift in sales.

Senior research associate at the Better Buying Lab Jonathan Wise said that emphasizing what is missing from a dish may trigger people's desire to avoid losing out on something.

“It's counterproductive to communicate that a food is ‘free’ of meat if the goal is to appeal to more meat-eaters. Leading with information about what something will not be like also limits the brain's ability to positively imagine how it might taste,” he said.