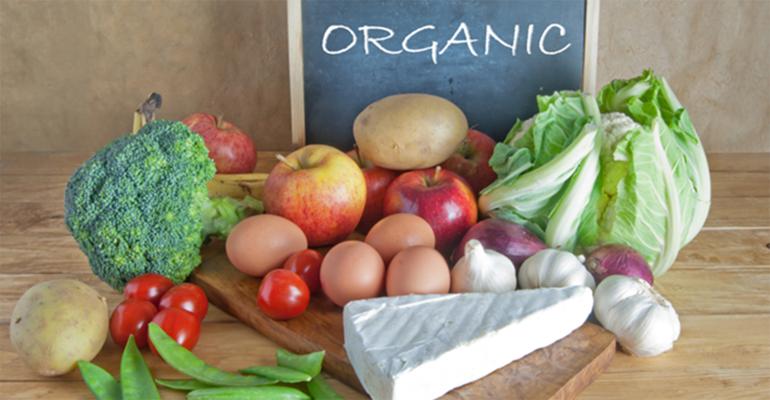 European demand for organic foods and drinks continues to outstrip supply, and while globally sourced ingredients are helping to make up the shortfall, the sector is a clear target for fraudsters.

The European organic food and drink market is booming. Demand grew 7.4% in 2014 with retail sales of about €24m, according to IFOAM EU. Ten years ago, the market was worth just half that. However, European organic agricultural land has failed to keep up. It expanded by just 1.1% in 2014 and the number of organic farmers fell by 0.2%.

The European Commission has aimed to tackle the problem with recently introduced rules on production and imports, but so far the gap between supply and demand has continued to widen.

“We have got to meet the challenge of supply,” said Lee Holdstock, Trade Relations Manager at The Soil Association. “…The concern is that the gap will continue to grow as demand grows more steeply.”

In the meantime, systems and technologies to detect fraudulent ingredients have become increasingly important to organic food and drink manufacturers. Better analytical tools and forensic techniques, such as DNA fingerprinting, are being used to authenticate premium products. The European organic sector has also introduced blockchain technology – used to protect digital currency Bitcoin – meaning that no part of the chain can be tampered with without it showing in the other parts of the chain.

“Integrity is something we pride ourselves on,” Holdstock said. “We are generally concerned that there will be more and more pressure for people to source products from overseas, but also that with the cost pressures there will be more temptation to defraud.”

The industry is an attractive target for food fraud because certified organic products command an average premium of about 15-30%. However, because of their built-in standards for farm management, animal welfare and provenance, they are also subject to extensive checks, which help make fraudulent organic claims less likely to succeed.

“We don’t want to be complacent merely because we have those checks in place, but we are particularly vulnerable to any small failures that could creep into the system,” he said.

Market research firm Ecovia Intelligence also sees consumer trust in organic food as a potential casualty of fraud in the sector, despite a relatively low number of incidents involving mislabelled organic products. In May 2017, for example, a shipment of conventionally grown soybeans and corn, originating in the Ukraine, gained about $4m in value by falsely acquiring organic status before arriving in California via Turkey.

European standards for organic foods are often tough for farmers to meet, including a two-year conversion period in which they cannot sell their products as organic, and they face increasing competition from other regions, where organic standards are weaker or non-existent. India has some 600,000 organic farms – more than any other country – but no laws to prevent fraudulent claims.

“Mislabelling of sustainable and premium products is rife in Asia,” says Ecovia. “Some operators are making false organic claims on food products because of the lack of regulations and/or enforcement.”

On the consumer side, the Chinese market is most at risk, it says, as disposable incomes have risen alongside growing demand for sustainable and organic products.

However, European suppliers still have the edge over many third countries, Holdstock insists.

“Provenance is incredibly important…The fact that animal welfare is embedded is also very attractive to export markets, as well as heritage,” he said, adding that some certified organic brands in Europe date back hundreds of years.

As for how to close the supply-demand gap in Europe, he says that supporting farmers with agro-economic innovation is crucial – as is ensuring it is shared with both organic and non-organic farmers. That way, organic practices for nitrogen-fixing, for example, become part of the conventional farming landscape, making it easier for farmers to make the switch.