3D bioprinting is the future of plant-based food [Interview] 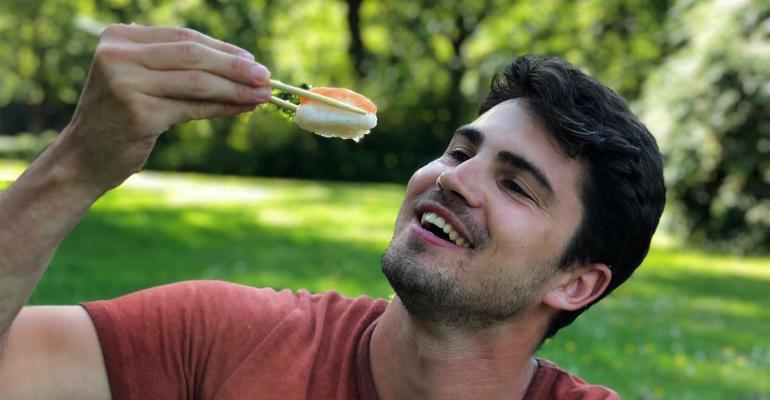 “Right now, there are mainly hamburgers on the market. But if you search for a more high-value product, such as a plant-based steak or fish fillet, these products do not really exist on the market. This is what we want to change with 3D food printing,” Legendary Vish’s CEO, Robin Simsa, told Fi Global Insights.

According to Simsa, it is not difficult to recreate the texture of some meat and fish product types with plants, but it is challenging to create complex, heterogeneous products.

“Most industrial food processing machines are very big, rough machines, where it is not so easy to produce a complex structure. 3D food printing allows us to create a complex model of a salmon fillet on the computer, which is then produced by the 3D Printer with high precision, leading to a photorealistic copy of a salmon fillet. We can even produce other forms and shapes, such as company logos, little ships, fish-shapes or any other desired structures with 3D printing,” said Simsa, who has a background in food technology and biotech.

Having showcased their innovation as finalists during the Startup Innovation Challenge held at Fi Europe CONNECT 2020, Legendary Vish’s printing process can use various plant protein inputs, such as soy, wheat, or pea protein isolate, with each ingredient requiring small tweaks in the computational set-up.

The process can be easily scaled up by simply adding more printers, has an installation time of just a few weeks, and a “very low” cost compared to traditional food production machinery, Simsa said - a flexibility that makes 3D food printing an ideal production method for the future.

“[This is] industry 4.0, as it allows for flexible and adoptable production on a localized level,” he added.

“3D food printing can make food production more ‘real’ to consumers again, because consumers can watch it and understand the process. This is much easier than with other food production systems, which are massive and complex machines that are hard to understand for the average consumer. Also, the process of texturizing plant-proteins can be simplified in many ways, which indeed reduces processing steps and possibly also leads to final products with a higher nutritional value.” 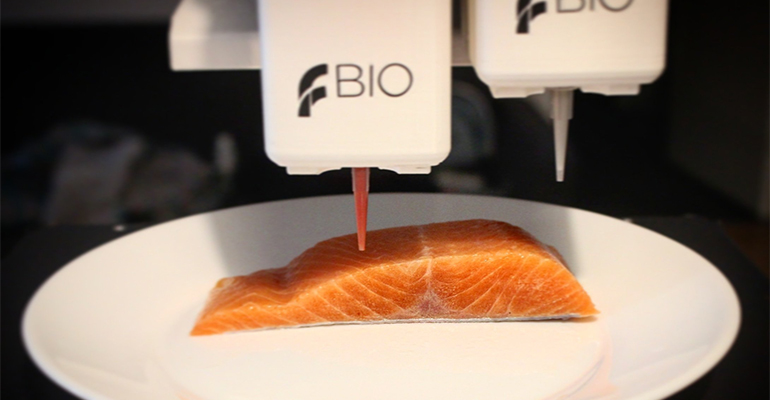 Global demand for seafood is projected to rise by 30% by 2030 compared to 2010 levels, according to a 2020 report by animal-free advocacy group the Good Food Institute (GFI).

However, the same report notes that plant-based seafood currently accounts for just US$9.5 million (1%) of total plant-based meat sales.

“There is high potential demand because consumers are aware of the problems connected to over-fishing and also because of the health aspect,” he told attendees of a recent online webinar, Tapping into the Plant-based Trend. “There are a few interesting companies working in this area but overall, it’s a huge white space compared to plant-based meat and there is a lot of opportunity for both new and established companies.”

Legendary Vish has so far bootstrapped its operations, receiving some additional funds from government grants and support from the EU’s European Institute of Innovation and Technology (EIT) and Austrian-based Impact Hub. However, it is currently talking with different investors to raise the capital needed in order to take its technology “to the next level”, Simsa said.