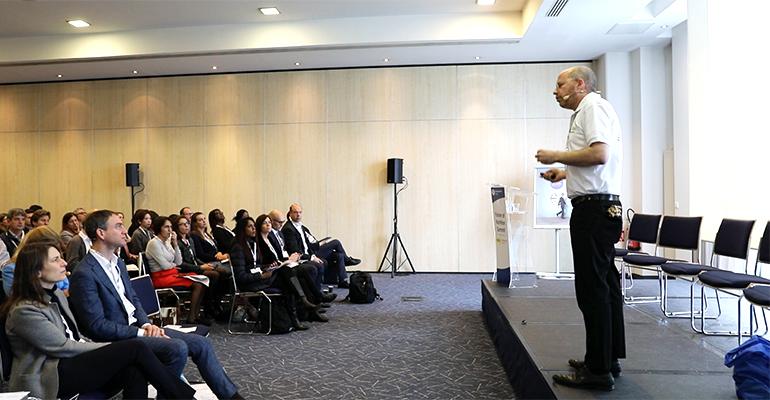 Israeli startup Amai Proteins makes designer sweet proteins that are calorie-free, easy to work with, and – crucially – cheaper than sugar. Could they be the answer to the food and drink industry’s sugar reduction woes?

Industry is under enormous pressure to cut sugar in its products, but despite a widely available range of sweeteners, none quite matches up to the taste and functionality of sugar. Even worse, some researchers have suggested that high intensity sweeteners could trigger the same kind of insulin response as sugar, meaning that even with fewer calories, sweetened food and drinks could still contribute to ill-health.

“There is no healthy solution whether sugar or not,” said Amai Proteins’ founder and CEO Ilan Samish at the Future of Nutrition Summit. “Sweeteners are all small molecules and raise health concerns. I thought, let’s move to large molecules…We began with several different proteins. Each one of these proteins is a totally different ballgame. Each has its pros and cons and we chose the ones that are the best fit for our technology to become sugar substitutes.”

There are plenty of plant-derived sweet proteins with potential as sweeteners, but most are expensive, cannot be scaled up, or are difficult to work with. And only one – thaumatin (E957) – is permitted globally for use in commercial foods. Now, Amai Proteins is building its own sweet proteins specifically with food and beverage use in mind, meaning they are heat-, pH- and shelf-stable, low cost and have a sweetness profile comparable to sugar. “For us, it is important not to compete with the diet market but with the sugary market with taste that is indistinguishable from sugar,” said Samish. “The target is to enjoy sweetness within cheap industrial foods and not have the consequences.”

While most naturally occurring sweet proteins are 2,000 to 3,000 times sweeter than sugar, the company’s first sweet protein – aptly named Hypersweet – is 10,000 times sweeter, meaning one teaspoonful is equivalent to 50 kg of sugar. The company uses Agile Integrative Computational Protein Design (AI-CPD) coupled to production by fermentation to make proteins that are similar to those that occur in nature yet are fit for the mass food market. Once scaled up to commercial levels of production, the company claims they will be 90% cheaper in use than sugar.

“We are looking to be in the market within two years, from sports drinks to mass beverages,” said Samish.

Sugar, the biggest pain point of the food industry?

There are signs that this is a realistic goal, as the company already has been trialling its ingredients with major food and drink companies like Danone, Ocean Spray and PepsiCo to experiment with the taste profile of various products, including soft drinks and yoghurts. It also has recently launched a Series A funding round for $10 million to help it achieve commercial scale.