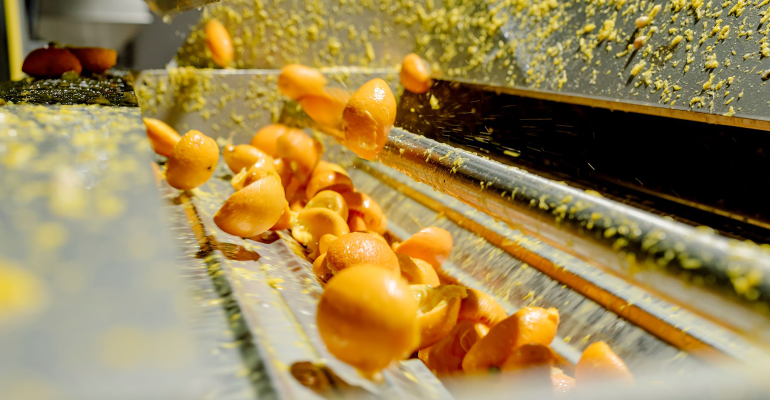 Circular economy startup PeelPioneers upcycles citrus peel, a by-product of the juicing industry, into fibre and essential oils for food and drink, with its products selling out before they are even manufactured.

PeelPioneers was born in 2016 from a curiosity about the value inside citrus peels, its various ingredients and their relevant food applications. The idea for PeelPioneer came after its three co-founders identified citrus fibre as a “clean label, functional ingredient”, co-founder Bas van Wieringen says.

The brand recognised that a significant volume of citrus peel worldwide is discarded and destroyed. Today, the typical way to dispose of orange and lemon peel is to incinerate or ferment it or, in worse cases, landfill, van Wieringen says. Additionally, there is also consumer demand for clean label, functional ingredients. Citrus fibre became the biotechnology brand’s core product.

“They are focused on producing and selling juice and the peel is annoying to them as a by-product,” says van Wieringen. “We help them get rid of it.”

Testing the proof of concept

From the outset, PeelPioneers tested various machinery compositions until it found the ideal setup to enable it to extract as many ingredients from the peel as possible.

“There was a lot of trial and error,” says van Wieringen.

After landing on a suitable production environment, the brand began investing in its machinery for its first factory.

Finding a production process to obtain the maximum value from each citrus peel was crucial. Entering the testing process from a mass balance and theoretical perspective, PeelPioneers researched where the citrus peel exists, what it contains, and its ingredients’ mass and volume.

The brand then sought to understand how to extract the different ingredients from its raw material, the citrus peel, without destroying the rest of them.

“That is the fine balance, which took us a couple of years to do this in the bio-refinery process,” says van Wieringen.

PeelPioneers applied various technologies from other industries to its new product too. The brand collaborated with its customers, primarily food blenders or food processors, such as large flavour houses and functional ingredient distributors. 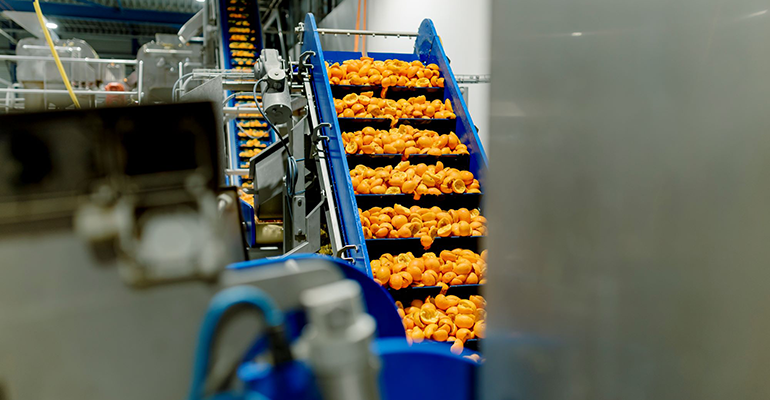 The two most important ingredients for the brand are citrus fibre and essential oil, or orange and lemon oil, van Wieringen says. The citrus fibre is used as a functional ingredient and the oil as a flavour in the food industry.

To meet industry demand, the brand focuses on achieving sought-after functional characteristics for its end consumer. For its citrus peel, PeelPioneers mainly concentrates on developing appealing textures, including binding and moisturising properties, to ensure it offers a good mouth feel. It is vital that its oil achieves the right flavour intensity and pleasant colour.

PeelPioneer’s citrus fibre also demonstrates good water-binding and emulsifying, thickening and stabilising properties, van Wieringen says, and has a gelling capacity due to its composition.

Other functionalities include the fibre’s neutral odour, colour, taste and solubility, which result in an improved texture and mouthfeel in multiple applications. The brand’s citrus fibre is prevalent in today’s meat and plant-based meat or meat analogues, plant-based dairy, bakery and confectionery applications.

High demand: Products are sold before they are made

One of PeelPioneers’ biggest challenges is how it can scale in a way that does not harm its organisation.

“From a mission perspective, we cannot scale fast enough because we want to save as much citrus peel as possible and keep it in the food chain,” says van Wieringen.

Due to high demand in the industry, all the citrus fibre and oil the brand produces is sold before it creates them.

“Everything we produce is sold and that is still the case up until today,” says van Wieringen.

Adopting a circular concept, PeelPioneers is carbon negative and uses green energy, which is “our most important source of power”, says van Wieringen. The brand also reuses its water to contribute to a circular economy.

Plans to expand to citrus-growing regions

“The next step in our growth will be to go to those regions where there is actually citrus growing on the trees,” says van Wieringen. “We now have absorbed most of the citrus peel in the Netherlands,” van Wieringen adds.

Next, the brand plans to visit regions abundant in citrus, such as wider Europe, South America, and Africa.

Following the launch of the company’s first citrus peel factory in 2018 in Son, Holland, PeelPioneers plans to open five more in Europe.

“The company is on a confident track to becoming the leading retail citrus peel bio-processor in Europe by building a full-stack processing plan which allows for a full valorisation of all the components in the citrus peel,” says Eugen Kaprov, senior investment associate at the European Circular Bioeconomy, which has invested in PeelPioneers.

“PeelPioneers proves that there is a business model to access unutilised waste streams and process these waste streams in sustainable ingredients that unlock many different markets and applications in food nutrition,” Kaprov adds.