Is this the key to mainstreaming meat alternatives? [Interview] 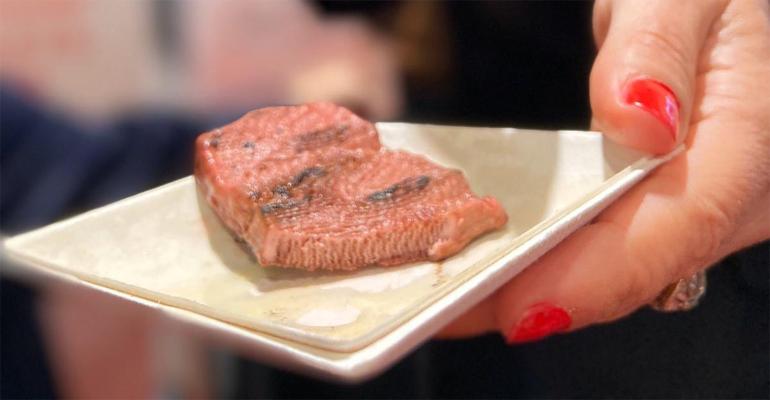 Micro-extrusion technology and hybrid blends of plant proteins with cell-cultured meat are key to mainstreaming sustainable meat alternatives as they can best mimic the taste and texture of whole-muscle cuts, says the CEO of NOVAMEAT.

“As the alternative meat industry moves beyond the burger, it is becoming clear that the sector must find new processing technologies to enable the production of the next generation of plant-based meats,” said Giuseppe Scionti, CEO and founder of Barcelona-headquartered NOVAMEAT. “A variety of fibrous whole-muscle cuts are needed.

“Although existing plant-based meat producers have managed to effectively replicate ground meats and soy- or wheat gluten-based chicken strips or tuna chunks, being able to simultaneously recreate the texture, appearance, nutritional properties and taste of whole cuts of meat is a complex and unsolved challenge. It is considered the holy grail of alternative proteins.”

NOVAMEAT, one of the 12 finalists who took part in the Startup Innovation Challenge held at Fi Europe CONNECT 2020, claims to be the world’s first developer of micro-extruded plant-based meats, and has developed whole-muscle cuts that replicate the taste – but mostly importantly the texture – of beef and pork.

“[These have] set a benchmark for their level of complexity. While current extrusion-based methods are not ideal to restructure plant proteins for mimicking all types of animal meat, NOVAMEAT’s technology gives plant-based meat manufacturers a wider array of tools to mimic several types of meat and seafood, and allows a variety of scaffolds [to be generated] for cell-based meat applications,” said Scionti.

“Compared to other processing strategies under development in the sector to achieve plant-based whole-muscle cuts, [our] patent-pending micro-extrusion strategy exhibits a 1.5-time order of magnitude superior control on the product’s micro-and macro-structure.”

In 2018, the startup unveiled a 3D printed plant-based steak, but it is currently focusing on scaling up its technology using large-scale industrial production equipment, rather than of 3D printers, for the food and pet food industry, Scionti said. Through its fully owned brand Natu, it has begun working with Nestlé Purina and is also collaborating with Michelin-starred restaurant Disfrutar in Barcelona.

Ultimately, the company plans to license its technology, which is compatible with a variety of protein alternatives, including soy, wheat, mycoprotein, algae, and bacteria-based proteins, to CPG manufacturers around the world.

“I hope that our collaborations with top chefs will lead to superior plant-based meat alternatives that are not only an imitation of animal meat, but something superior in terms of texture, appearance, taste, and with personalized nutritional properties,” said Scionti. 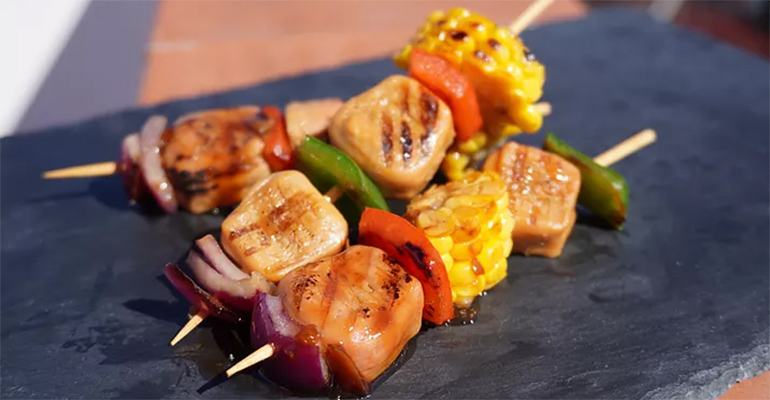 The future is hybrid

Despite advances in making plant-based texture similar to the real thing, Scionti is betting on blends of plant-based ingredients and cell-cultured meat inputs to be the most successful products in the future.

“I personally believe that the future of alternative meat will not be black or white –  i.e. with or without animal cells – but a variety of hybrids, where we will have novel products simultaneously exhibiting both the main advantages of plant-based strategies in terms of time and cost-efficiency, and the main advantage of cell- or fermentation-based meat strategies in terms of authenticity."

“As for printed food products, in this decade we will see food printers at some restaurants, and when it comes to products in retail, there is already a variety of industrial machinery that works similarly to extrusion printers.”

Some companies are already developing such hybrid products. US cell-cultured company Mission Barns, organised a tasting session at restaurants in San Francisco and Oakland this summer, giving samples of bacon made from cell-cultured pork fat and plant-based proteins.

“We do think there’s a lot of potential for these types of ​[hybrid] products for two reasons. One, fat is cheaper and more scalable to produce than muscle [using cell culturing technology], and two, plant-derived components are also low cost, so we can bring these products to market much sooner.”