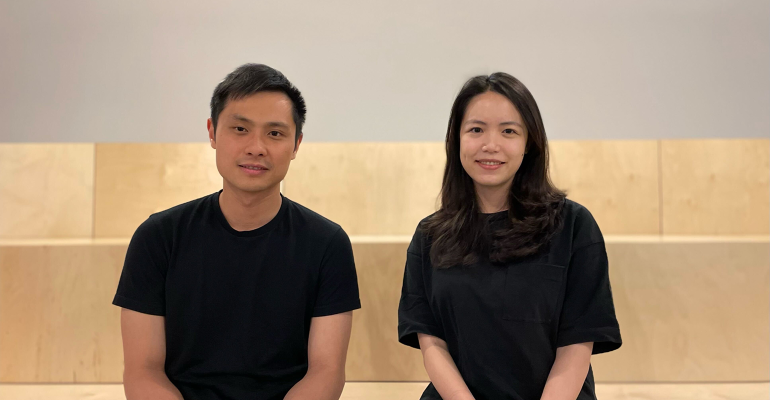 US-Taiwanese startup Lypid is using microencapsulation to create vegan fats for plant-based meat alternatives that remain solid and flavourful both during and after the cooking process.

The startup describes its ingredient, called PhytoFat, as a creamy, juicy animal fat analogue whose melting point and texture can be tweaked according to the final product.

Made from 99% vegan oils and water, PhytoFat is free from texturisers, has not been hydrogenated, and can be designed to have the same melting point as animal fat, remaining stable and solid at temperatures at 165°C. It is also clean label, inexpensive, and shelf stable for six months, says the company, which was founded by Jen-Yu Huang and Michelle Lee, two Taiwanese Ph.D.s who met at Cornell University.

Lypid’s ingredient is made up of spheres of precisely designed sizes, explained Huang in an IndieBio presentation. By controlling how these spheres slide past each other or pack into each other’s spaces, the startup can control PhytoFat’s rheological properties. The process behind its ingredient is a proprietary form of microencapsulation. The microcapsules it uses are made from food-grade polymers that are already approved and available to use on the market.

“We are not doing any chemical modification,” Michelle Lee, CTO and co-founder said. “Our input is just regular vegetable oil. You can pick whatever vegetable oil you want, and we use a proprietary technology, which mostly features microencapsulation technology. So, imagine a capsule that holds the liquid oil but the capsules can withstand a very high temperature. This means it doesn't melt out at higher temperatures and it gives a similar mouthfeel to animal fat when you bite into it.”

Microencapsulation is not novel technology but, according to Lee, it has not been used for this application before.

She said: "It has mostly been used in drug delivery and a lot of people, when they use microencapsulation technology, are producing powders. There has not been a lot exploring the fat space, so we are the first ones to get creative to put the fat back with this technology.”

Another benefit of Lypid’s plant-based fat is that flavours can also be encapsulated along with the vegetable fats. This allows it to control not just when the fat melts but also when the volatile flavour compounds are released. In this way, it resolves one of the problems with current plant-based meat alternatives: during cooking, the plant-based fat melts, leaving liquid oil in the pan, while the volatile flavours ‘cook off’ and are no longer present in the final product during consumption.

One of Lypid’s product prototypes included an extruded vegan bacon with a solid white fat that remained after the cooking process and even became crispy fat. 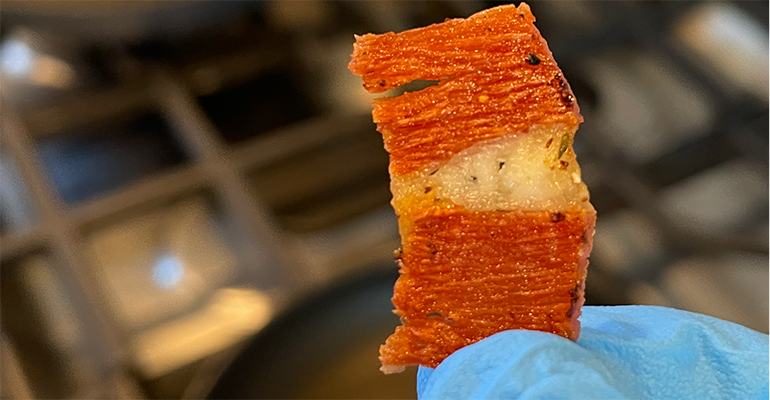 Lee added: “A lot of artificial flavours evaporate or disappear after cooking because they are not heat stable. We have the capacity to put flavours into [the capsules]. And we have a cleaner nutritional label because our input is all vegetable fat, so we don't have high amounts of saturated fats. [This can] reduce your saturated fat intake so it's better for your health.”

Co-located in the US and Taiwan, it is currently developing its first large-scale food manufacturing sites and it has been growing quickly. Founded just two years ago, it recently raised $4 million in a seed fund round, led by led by Green Generation Fund with additional support from Big Idea Ventures, Foodland Ventures, SOSV’s IndieBio, and others.

"Last year we were still at the R&D process but recently we just did a launch with one of the largest coffee shops in Taiwan,” Lee told Fi Global Insights. “Our fat was featured in their burger patties in over six different menu items across 500 different stores. So, it's already in the Asian region and we're trying to move our product lines to the US.”

“We are San Francisco based but are testing our products in Asia. Asia has become more aware of newer technology and alternative protein tech, and we had a really good opportunity to participate in that. We think it's a very interesting part of the world to test on since a lot of people have been working in the US with alternative proteins.”