A novel process to bring together pulses and mycelium 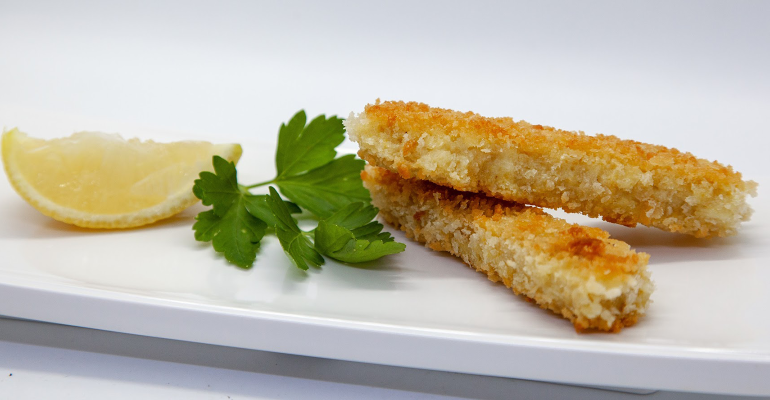 According to Eighth Day Foods, the novel plant-based protein market is split between the use of isolated or processed proteins, which are primarily sourced from pulses, and fungi-based products, that are either mycoprotein, achieved via submerged fermentation or liquid-air-interface fermentation.

When focusing on just one of these sources alone, the brand spotted challenges in scalability, cost, organoleptic properties, and functionality. Eighth Day Foods decided to merge the dry plant seeds that belong to the legume family, pulses, with fungal threads, mycelium, to produce an ingredient that progresses beyond the challenges associated with using either pulses or mycelium.

A pulse-mycelium coalescence bases itself on traditional solid-state fermentation. However, while this method was “nutritionally brilliant”, it struggled in terms of its organoleptic and functional properties and “was not scalable”, says co-founder and CEO Roger Drew.

By applying research and its proprietary Rapid Solid-State Fermentation (RSSF) process, Eighth Day Food was able to turn this methodology on its head and overcome all of the barriers.

“The coalescence of both results in substantially improved nutrition from the pulses—metabolising, not processing—and the fermentation’s creation of new proteins and inherent structure, form and functionality,” says Drew.

Sweet lupins are suitable as a substitute for red meat, white meat and fish in Asian dish types. Selecting sweet lupins as a key ingredient was a vital part of Eighth Day Foods’ aim to provide food manufacturers with an accessible and affordable option to produce a wide range of quality food products at a price significantly lower than meat.

“Sweet lupins hold the ideal balance of protein, fibres and fats, all the elements desired in a plant-based protein for consumers,” says Drew. Using this ingredient eradicates the need to extract and recombine elements from multiple sources and subsequently removes all the associated costs and complexities.

Commenting on how popular lupins are in progressing the plant-based segment, Drew relays: “This is the first serious global foray into this space using lupins that we are aware of.”

Balancing quality and price is a challenge when producing plant-based alternatives. A reality made even more prominent when a brand’s ambition is to reach a mass audience, like Eighth Day Food’s mission is.

“Simplicity has been our secret,” says Drew. “When simplicity is applied, price takes care of itself.” The producer finds value-adding benefits in working with natural processes rather than the “extreme” deconstruction and reconstruction of foods that the co-founder sees as both expensive and a route that diminishes consumers’ dining experience.

Solid state fermentation has become popular in food and beverage manufacturing due to its versatility. One study into the manufacturing process says it has grown in prevalence over recent years due to its wide-ranging applicability in traditional methods like enzyme production, recently-developed items such as bioactive compounds and organic acids, as well as new trends centring on free-from alternatives that can provide energy and environmental benefits for manufacturers and consumers.

Eight Day Foods found that solid-state fermentation provides both form and function to a pulse mycelium coalescence, resulting in a nutrition-rich whole cut that does not require multiple functional ingredients as part of its composition.

The alternatives producer states that its proprietary RSSF method enables a highly economical solution that provides a quality centre-of-plate protein at a price accessible to most people globally, which is “unlike the current alternatives”.

While it is limited due to intellectual property restrictions as to what it can share regarding its manufacturing process, Drew relays its biggest benefit is that 97% of the content of our product arrives at our facility in its original form, with no intermediatory processing.

“RSSF allows us to go from whole seed to a finished (ready-to-cook) product under one roof, and at a cost well below animal proteins,” Drew adds. 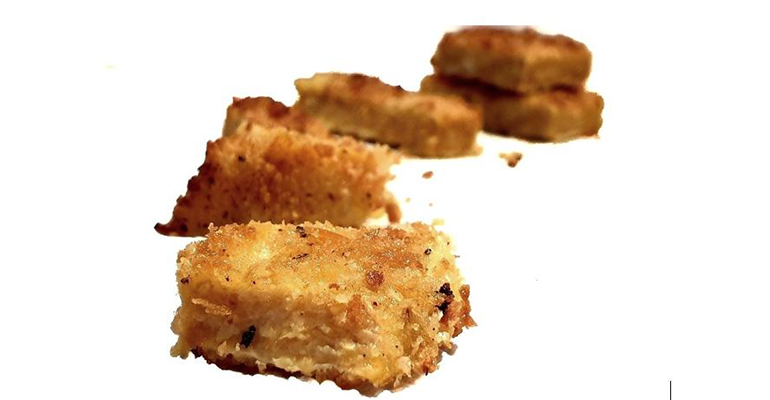 In 2022, Eighth Days Foods raised €966,000 ($1 million) in two days following its investment campaign to roll-out its plant-based protein, Lupreme. The food tech startup plans to use the cash injection to scale up.

Known for its healthy, sustainable and versatile benefits, Drew says that: “Whilst the sustainability and health aspects are key, ultimately Lupreme’s biggest attraction for investors is the pure economics of it.”

As it sets its sights on the mass plant-based protein market, the producer states it is working closely in R&D and with market prospects locally and globally. “Our products are market ready and scaled production will take place in the coming months,” says Drew.