Using Bambara groundnuts for a healthier planet and people 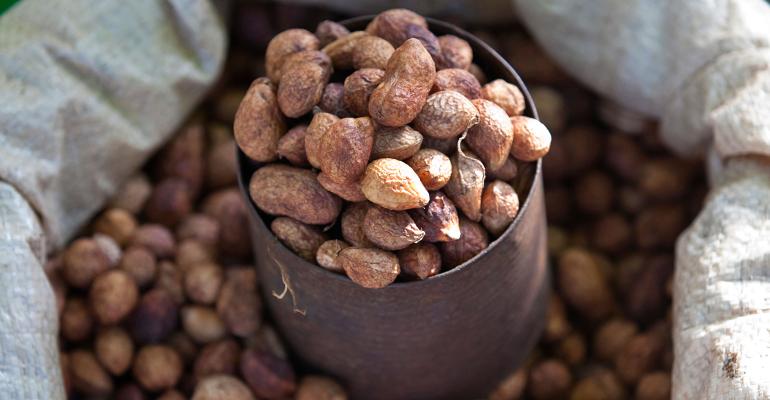 Sustainable, tasty, nutritious and functional, Bambara groundnuts have been called a ‘food of the future’. One Singapore start-up shares its story of using this little-known legume in plant-based milk, soups, shakes and noodles.

Co-founded by Christoph Langwallner and Dr Peter Cheetham, WhatIF Foods is a Singapore-based start-up that is aiming to elevate the status of Bambara groundnuts (Vigna subterranean) from unknown crop to sustainable superfood.

The company says one of its main aims is to address the issue of agricultural biodiversity loss. Today, three crops – rice, wheat and corn – make up 60% of the plant-based calories in most diets, according to the WWF. This over-reliance on just a few crop species results in vast swathes of monoculture, which depletes soil nutrients, reduces plant and animal biodiversity, and leaves farmers vulnerable to climate-related shocks and commodity markets.

“And so, our vision is to build a fair and inclusive supply chain for regenerative crops and regenerative practices, with the hope to bring in a fair alternative stream of income for farming communities most susceptible to the impacts of climate change. For us, there is no regenerative food future without considering the people who grow our food.”

The company works with a Ghana-based distributor to source its Bambara nuts and says the farmers receive fair prices. According to WhatIF, last year it was on track to generate at least $100,000 of revenue directly for smallholder farming communities in its first year of pilot-scale production.

The reliance on just a few crops for most food products also reduces dietary diversity with negative impacts on health as a result.

“What we eat is hurting us,” said Stumpacher.

Professor of genetic epidemiology at King’s College London and author of The Diet Myth, Tim Spector, has conducted research demonstrating that a diet high in ultra-processed food can drastically deplete the gut’s microflora with a 40% reduction in microbial species after just three days. Spector argues that the prevalence of ultra-processed foods, made primarily of refined rice, wheat, corn, soy and oils in the West could be fuelling diet-related non-communicable diseases like obesity and cancer rates.

Using a wider variety of crops – particularly ones that are nitrogen-fixing that is beneficial for soil health and pack a nutritional punch such as Bambara nuts – can therefore increase both environmental and dietary diversity, improving the health of both people and the planet.

WhatIF Food’s decision to use Bambara groundnut flour instead of rice, wheat or tapioca to make products such as instant noodles and instant soup powders was a conscious ‘stealth health’ approach, improving the nutritional profile of a convenient food staple with natural, unprocessed ingredients. 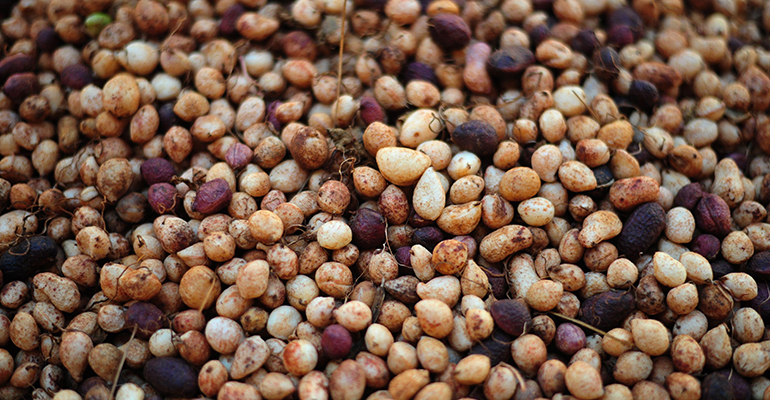 Bambara groundnuts have a flavour that is similar to peanuts although they are slightly sweeter and not as oily, containing around one quarter protein and just 6.5% fat. They are considered a ‘complete food’ because of the balance of macronutrients, amino acids and fatty acids. They contain magnesium, iron, zinc, and potassium and have a high amount of the essential amino acid, methionine, compared with other legumes.

WhatIF Food’s portfolio includes Bambara-based noodles flavoured and coloured with superfood ingredients such as black charcoal, green moringa and orange pumpkin; powdered instant soup mixes; and a smoothie powder available in three flavours: plain; apple & cinnamon; and ube, a Filipino purple yam. It also has a few new products in the pipeline but is remaining tight-lipped on the details until November.

The start-up’s most recent product is BamNut milk, a plant-based drinking milk that contains 7 g of protein per serving. The plant-based milk has a short, label-friendly recipe of six ingredients: water, Bambara groundnuts, coconut oil, shea butter, calcium, and added vitamins D and B12.

Although it launched just a few months ago (August 2021), the non-dairy milk has already attracted the attention of both shoppers – it has become the company’s best-selling product – and industry stakeholders. BamNut milk was one of seven companies selected to feature in MIT Solve’s Sustainable Food Systems Solver Class.

Stumpacher said: “Traditionally, Bambara groundnut has been consumed in various forms: eaten whole as snacks – [it is] cooked by boiling, roasting, or frying – or mixed into porridges and breads as flour. The Bambara groundnut has particularly nutty notes, which is why it is much loved as a milk. The tastes and smells and textures of the Bambra groundnut depend on how you would cook it. It can be nuttier when roasted, creamy when turned into milk, and springy as noodles.”

Thanks to their impressive sustainable and nutritional credentials, Bambara groundnuts have been earmarked as a ‘food for the future’. They were included in a recent WWF report that listed 50 versatile, resilient, tasty and nutritious foods that could help contribute to a healthier food and farming system.

Despite this, uptake has so far been limited and they are classified as a neglected and underutilised species by non-profit research organisation Bioversity International.

According to Stumpacher, cultivating Bambara groundnuts is “largely an afterthought” in farming communities in western and sub-Saharan Africa and is virtually unknown outside these areas.

This may be because the crop is harvested by hand and, as of yet, cannot easily be harvested mechanically. However, it does not need pesticides or fertilizers and its ideal environment is hot, dry regions, providing better yields when there is low rainfall, says Bioversity International. This ability to thrive in difficult conditions could make it an essential crop going forward.