Waste not, want not: Dutch startup makes flavours and preservatives from upcycled side streams 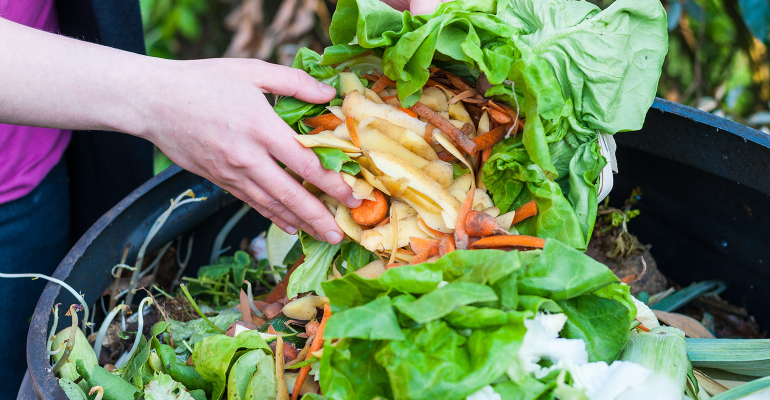 Dutch startup Greencovery is producing flavours, preservatives and fibres – from side streams, in a way that is more efficient, cheaper and less harmful to the environment than existing alternatives, it says.

Tackling the issue of food waste is one of the most pressing challenges of our time. As much as 40% of food produced worldwide does not make it onto the plates of consumers, with the EU alone accounting for around 88 million tonnes of food waste annually.

The majority of food production processes not only generate finished products and ingredients but also produce side streams which often contain valuable components. Despite offering many possible applications, these side streams are usually disposed of or are used as animal and livestock feed. Yet what if these discarded resources could be upcycled into value-added products and used to establish a more efficient and sustainable global food chain, capable of feeding the world’s growing population?

One Netherlands-based start-up, Greencovery, is trying to do just that by using technology to support the valorisation of side streams from across the food industry.

“What we aim to do at Greencovery is extract valuable ingredients from product side streams so that they don’t go to waste, or so companies don’t have to pay to discard of them,” said Dr. Petra Vossenberg, market innovation lead at Greencovery.

Once extracted, these ingredients are upcycled via collaborations with various industry partners to produce new, marketable products that meet high sustainability and environmental targets.

Greencovery’s patented technology helps food manufacturers to extract valuable compounds from the side streams of their products in a manner that is more efficient and cost-effective than many of the other market solutions currently on offer, according to the startup.

“At the moment, [our technology] is mainly used for extracting organic acids and amino acids, but we are now looking at broader applications for the technology such as fibres, peptides, and proteins,” Vossenberg said.

The technology is applicable across multiple ingredient categories and produces food-grade compounds using a novel separation method developed by Greencovery.

From banana to umami flavour

At present, the startup has developed six ingredients including a cheesy umami extract, a potassium lactate preservative, and an antioxidant fibre.

The most advanced of the portfolio is a natural isoamyl acetate which when added to ingredient formulations provides a banana flavour. This ingredient is recovered from the side stream of the vinegar industry and was produced at a volume of one tonne in a production facility in Delft, the Netherlands.

“The most developed ingredient we have produced to date is a natural banana flavouring which is a clean label flavour for sports nutrition, bakery, and confectionary products. We are now at the stage of testing it further in the market,” said Vossenberg.

Greencovery has also produced an umami extract from the side stream of parmesan cheese production, which gives a cheesy, savoury taste to food.

“We are currently producing [the umami flavour] on small scale and testing it with potential partners such as manufacturers of cheese croissants. One benefit is that we can use the labelling of the original parmesan on our ingredient,” Vossenberg said. 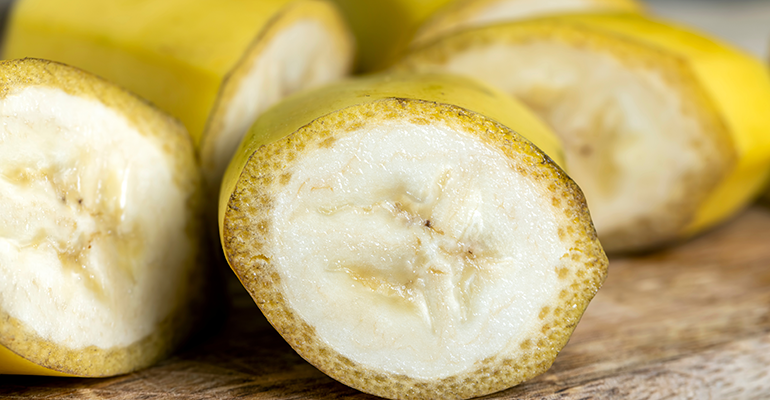 Understanding that most manufacturers are often too busy with their daily business to explore and develop feasible options for repurposing product side-streams, Greencovery not only provides the technology to support a company’s upcycling efforts, but also provides a platform for side stream owners and manufacturers to connect.

The startup offers a three-pronged approach which involves first analysing the composition of a manufacturer’s side streams, then using its technology to pilot the process, and finally designing and building an industrial scale solution.

“We have the side steam owners on one side and the food manufacturers on the other side, and what we do is connect them. Side stream owners often do not have the capacity to make full use of the extracted ingredients from their side streams. It is often a new market for them. We try to bridge the gap,” Vossenberg explained.

Using Greencovery’s technology results in more productivity per unit of raw food, less waste, and a CO2 emission reduction of about 40% of the relevant process, the startup claims.

“Cost competitiveness is important to us. We want our ingredients to compete with market price, while at the same time being more sustainable,” Vossenberg said.

Next steps: Seed round and scouting out future partners

In terms of financing, the startup is currently looking to launch a seed round to secure funding to increase their production facilities and capacity.

As well as investment, Greencovery are always on the lookout for side stream owners who may be interested in exploring the possibilities of collaborating. For this, products that have already undergone a level of processing, rather than those direct from the farm, are preferable, according to the startup.

“On the other side, we are also always looking for companies who are looking to use more sustainable ingredients [in food manufacturing],” Vossenberg said.