How sustainable are meat alternatives? 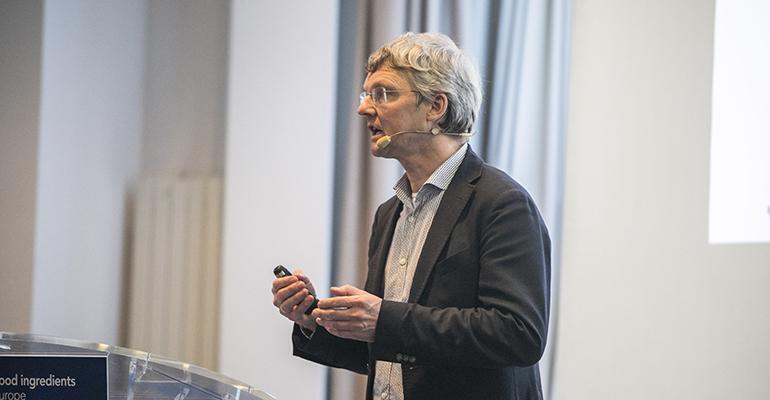 Meat alternatives made from pulses generally are more environmentally sustainable than meat, but plant ingredients often are highly processed to maximise protein. Is there a better alternative?

Companies making meat analogues often focus on protein isolates and concentrates as they strive for nutritional equivalency with meat. However, less processing could improve plant-based products’ eco-credentials – and lower protein content may not be such a bad thing from a nutritional standpoint.

According to Atze Jan van der Goot, Professor in Sustainable Protein Technology at Wageningen University in The Netherlands, the meat alternatives products should be really more sustainable than meat, and that’s not really obvious when you look at the type of processing currently being used.

“Chicken meat is particularly efficiently produced. Twenty-five per cent of protein you give to chickens ends up being eaten by humans. If you make a protein isolate from soy, you lose half the protein, so we are already close by…There’s more to gain.”

Van der Goot and his team have developed an energy efficient way of producing large pieces of meat-like structures from plant proteins, such as soy and wheat. The process, called shear cell technology, previously has been used to make fibres out of dairy proteins, but he and his team have discovered the mechanisms by which vegetable proteins form structures. This allows for the manufacture of large, fully fibrous meat-like pieces weighing up to seven kilograms.

“What’s very important for the plant-based meat alternatives market is that new innovations that mimic meat are not just small pieces or pieces stuck together,” he said.

The research team is now exploring how to scale up the technology within a consortium of companies, which includes some major industry players, such as Unilever, Ingredion, The Vegetarian Butcher, Givaudan, and Meyn, which makes poultry processing machinery.

However, in the course of this project, van der Goot was prompted to take a closer look the sustainability of plant-derived ingredients, and realised that there might be more eco-friendly approaches. “This concept of functional fractions popped up as I was presenting this work. I started to question why it was more sustainable. I found there was really room for improvement,” he said. “…What we clearly see is if you start eating beans and peas and legumes directly, you make a big difference. It’s possible to just make a flour from those materials instead of a previously processed isolate or concentrate…We should try to limit that purification as much as possible.”

Many in the industry would argue that producing protein isolates and concentrates from pulses helps to improve the nutritional value of meat analogues, but van der Goot says this is not necessarily the case. In fact, he says overconsumption of protein could be considered a net loss in the food chain.

“A deviation from the nutritional profile of meat is not necessarily bad. It could even be better,” he said, adding that western populations tend to need more dietary fibre – and nearly always consume enough protein, including among vegetarians and vegans.

According to van der Goot, the perception that meat analogues are nutritionally deficient remains a challenge for manufacturers.

“How do we communicate that something that deviates from meat is at least as good?” he said. “People say it’s inferior straight away. We need to fight that.”