The interplay of food, energy, and water: Insights from Davos 2023 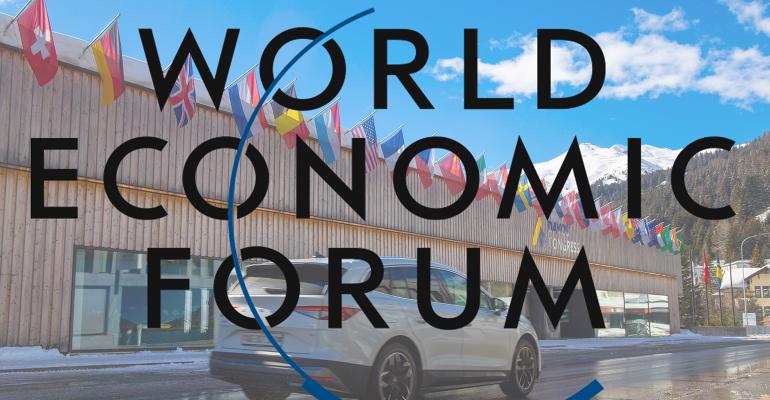 The world is currently facing the largest food crisis in modern history with an estimated 828 million people globally experiencing hunger. This equates to around one in 10 (9.8%) in the global population, data from the UN Food and Agriculture Organization (FAO) shows.

The Covid-19 pandemic, climate change, and the war in Ukraine have had devastating effects on global food security, disproportionately affecting the poorest and most vulnerable proportions of society. According to the UN’s World Food Programme (WFP), the number of people affected by hunger surged by almost 2% from 2019-2021, despite remaining previously unchanged since 2015. In the same period, the number of severely food-insecure people doubled to over 276 million.

Global energy, water, and cost-of-living crises are only exacerbating this issue, creating considerable short-term instability, and threatening the resilience of the global food system. In a heated panel discussion entitled ‘The Interplay of Food, Energy and Water’ held at the World Economic Forum (WEF) Annual Meeting 2023, leaders from government, business, and civil society convened to expose the critical vulnerabilities and opportunities of the food-energy-water nexus.

The public and private sectors, and the alignment between the two, will be integral to ensuring food systems are resilient, efficient, and productive moving forward, the panellists said.

It is a harsh reality that many of the people affected by hunger today are themselves food producers. Africa, which makes up almost half (49.7%) of the world’s agriculture, forestry, and fishing workforce, has the largest population of food insecure people globally at 57.9%.

Most (84%) of the world’s farms are smallholdings (farms less than two hectares in size) owned by low-income, often hungry farmers.

“Many people who go hungry are food producers. This is only getting worse with the increasing cost of [agricultural] inputs,” said Anne Beathe Tvinnereim, minister of international development of Norway.

Despite recording the highest rate of agricultural production growth of any region globally since 2000, Africa remains a major importer of foodstuffs, importing around 85% of its food from 2016 to 2018. Increasing small-holder farmers’ access to agricultural inputs such as fertiliser and water, as well as readily available technologies, could unleash huge business opportunities in developing, agricultural areas.

“We need to rethink global and national food systems and can start [doing this] by investing in small scale farmers,” said Tvinnereim.

“Especially for developing countries, we need to give small scale farmers the techniques, tech, [and] agronomy to be able to adapt to a changing climate. [This way, we] make sure farmers become part of the value chain and can create circles that make it possible for them to invest in technologies.”

India is one country supporting small scale farmers to build resilience in food value chains by installing solar-powered irrigation systems in agricultural areas. A survey by CLEAN, a non-profit organisation developing clean energy enterprises in India, found that 237,000 solar water pumps have already been installed across the country, with a further 3.5 million expected in the near future. This could reduce electricity usage in India by 15%, government estimates predict.

“The solution is to begin by having a concern for the small-scale farmer and follow it up with money. The small farmer needs a better price, irrigation at less cost, and small market [access],” said Raj Kumar Singh, India’s minister of power, new and renewable energy. 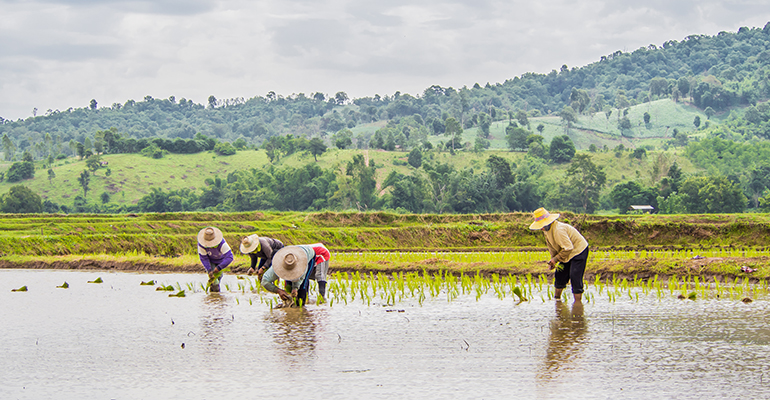 Public-private sector collaboration can benefit farmers and the food system

Both the public and private sectors have important roles to play in creating food systems that are sustainable, productive, and efficient. In countries like Vietnam where private land is limited, small scale farmers often have difficulty accessing agricultural land and resources to develop planting and irrigation systems, affecting the amount of food that is produced.

“This is where the government needs to engage and protect farmers […]. By doing so we can set up partnerships between all stakeholders in the value chain, who can share and make a contribution with each other,” said Tran Hong Ha, minister of natural resources and environment, Vietnam.

“Only with [agricultural] knowledge can farmers develop and upscale their production.”

Effective public-private partnerships will be instrumental to ensuring all stakeholders along the food value chain are adequately rewarded, and that the industry is future-proofed in the face of ongoing global conflict and climate change, the panellists agreed.

Using tax as a means of releasing private aid money is one way of doing this and is already underway in Norway. Via the Norwegian Climate Investment Fund, which invests in renewable energy in developing countries with large emissions from coal and other fossil power production, the government can unleash €‎9 of private money for every €‎1 of government money invested. The organisation recently announced plans to invest around ₹500 crore (€‎57 million) in equity in SAEL, an Indian solar and agri waste-to-energy company, to lower CO2 emissions and improve air quality by reducing stubble burning.

“De-risking should be a key priority in policymaking. We know that it works, we get the tech out there, and using aid or tax money to release private money, it is a great investment,” said Tvinnereim.

In November 2021, PepsiCo, multinational food and drink giant, and the WFP revealed a collaboration to support farmers in Iraq impacted by conflict and climate change. The partnership aims to support Iraqi smallholder farmers to establish market linkages, gain access to finance, increase crop quality and yields, and progress towards internationally recognized food and safety standards for sustainable agriculture, a company statement said.

Ramon Laguarta, CEO of PepsiCo said: “I would make every country in the world accountable to a food transition programme linked to sustainable agriculture.  Elevating food and changing the food system to the top of the priority [list], putting the farmer at the centre, and making public-private interventions more intentional, committed, focussed is a priority and urgency.”