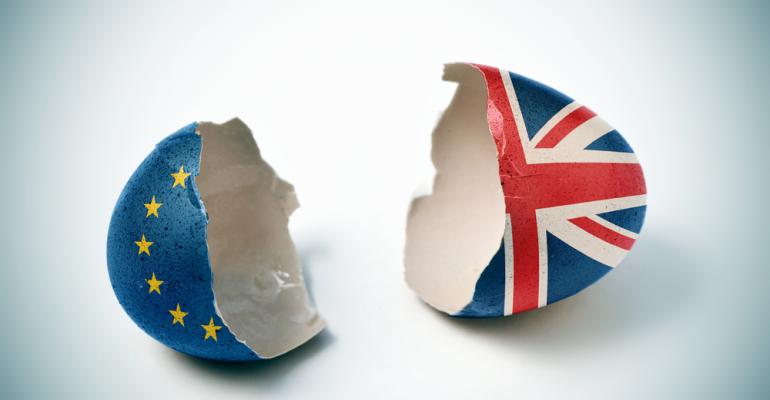 Whatever the outcome of Brexit negotiations, ingredient suppliers should start preparing now for challenges related to market access, logistics and regulations.

There is no good Brexit deal for ingredient companies, says a trade and regulatory affairs expert.

They will face disruption and costs, whatever the outcome of negotiations, and suppliers should start preparing now for challenges related to market access, logistics and regulations.

Dr. Chris Downes, senior manager for international trade and regulatory affairs at ECCO, the European Consulting Company,  told Fi Europe 2017 attendees that people think they cannot start preparing for Brexit because of the inherent complexity of the process, discord within the UK political environment, and negotiators' fundamental lack of understanding of each others' positions.

"This is filtering down to the business community," said Downes. "Surely the UK won't let this happen? Surely the EU will want a deal? It will all be OK."

But we know enough to identify which scenarios are realistic and which are not, he said. It currently looks highly unlikely that Brexit will be stopped altogether, that the UK will have single market access like Norway, or that there will be a customs union, such as that with Turkey.

The only two realistic scenarios are that negotiators will not reach a deal, meaning that WTO rules will apply, or that an EU-UK trade deal will be struck. And it will not make much difference to ingredients companies which of these scenarios comes to pass, as they will face the same problems related to market access, logistics, and regulations.

Even in the case of an EU-UK free trade agreement, there is no guarantee of retaining today's zero duties; some sensitive products may well be subject to tariffs. Moreover, were preferential tariffs successfully negotiated, companies would face new complexities in demonstrating proof of origin.

At present, 500 lorries a day are subject to customs checks before boarding Channel Tunnel trains or ferries. Post-Brexit, 100% of goods, in 10-50,000 lorries a day, will be checked for origin, tax, and possibly regulatory standards. There a lack of infrastructure for this in Dover -- and a lack of space to install new infrastructure.

The Dover Port Authority expects it will take three hours to conduct document checks, and five hours to check goods. The significant delays this will entail will cause big problems for heat- and time-sensitive products.

The three key areas of EU regulation on food ingredients are additives re-evaluation, novel foods, and health claims. Under the current system companies are guaranteed access to the EU28 market if they comply -- but post-Brexit there will need to be some duplication of the agency system.

"The lives of people involved in ensuring new products get to market will be a lot more complicated," said Downes.

He added that there are questions over capacity of UK agencies to conduct assessments, and scientific cooperation with EFSA.

In addition, the UK is often seen as a scientific voice in standing committees. Downes speculated that, once the UK is no longer present, there is likely to be a change in political dynamics in Brussels.

Speaking after the presentation, Downes said that ECCO tends to talk through with companies on a case-by-case basis how they can start preparing for future challenges. But by way of example he said:

"If tariffs threaten to be disruptive, companies need to be highlighting these concerns with EU and UK negotiating teams."